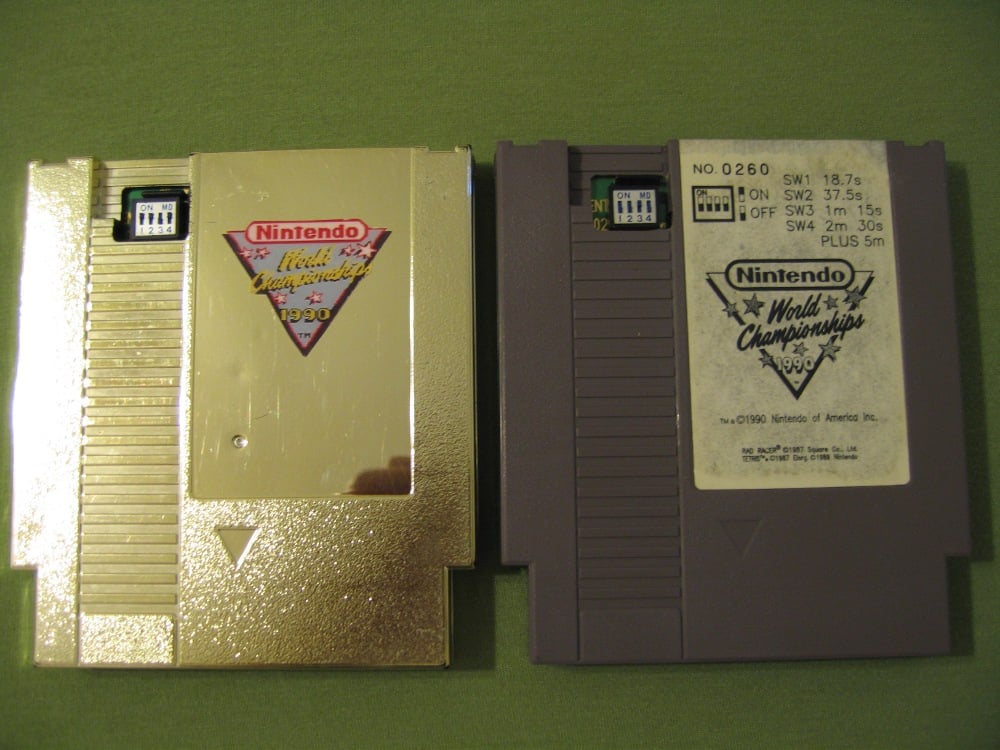 Although e-sports have long been a part of video game culture since the early 70’s, competitions saw a large surge in popularity in 1989 when Universal Pictures produced The Wizard, a film about a trio of kids who make their way to a national Nintendo video game championship for a grand prize of $50,000. A year later, and Nintendo held its first World Championships, a video game competition that toured twenty-nine cities across the United States. The competition, which was inspired by The Wizard, was based on scoring points in three Nintendo Entertainment System games (Super Mario Bros., Rad Racer, and Tetris) within a time limit of 6 minutes and 21 seconds.  Players had to collect 50 coins in Super Mario Bros., finish the first race in Rad Racer, and then accumulate as many points as possible in Tetris until time expired.

The event was a focal point in Nintendo’s rise to the top of the gaming market, and kids across North America practiced feverishly in hopes of heading to this event and winning it all. What all 90 competitors didn’t realize at the time, was that even the losers would walk away with something of greater value. The competition was based on a custom NES cartridge by the same name. Ninety of these copies exist as the official gray cartridge and were given out to finalists after the championships concluded. The other 26 catridges are gold and were given out as prizes in a separate contest held by Nintendo Power magazine. Considering how much of a nostalgic powerhouse the NES is, it shouldn’t be a surprise that the gold cartridge, described as the “holy grail” of console game collecting, recently sold for over $100,000 on eBay.

Back in 1997, a collector by the name of Jason Wilson was able to get his hands on ten copies of these carts – one of which cost him only $50. Daniel Ibbertson put together the video below explaining the story behind Wilson’s devious plot. To learn more about the event and these rare cartridges, I also recommend listening to episode 11 of the NXpress podcast which features Jeff Hansen, the winner of the 1990 Nintendo World Championships discussing his experience at the event and how he got his hands on a gold cartridge.