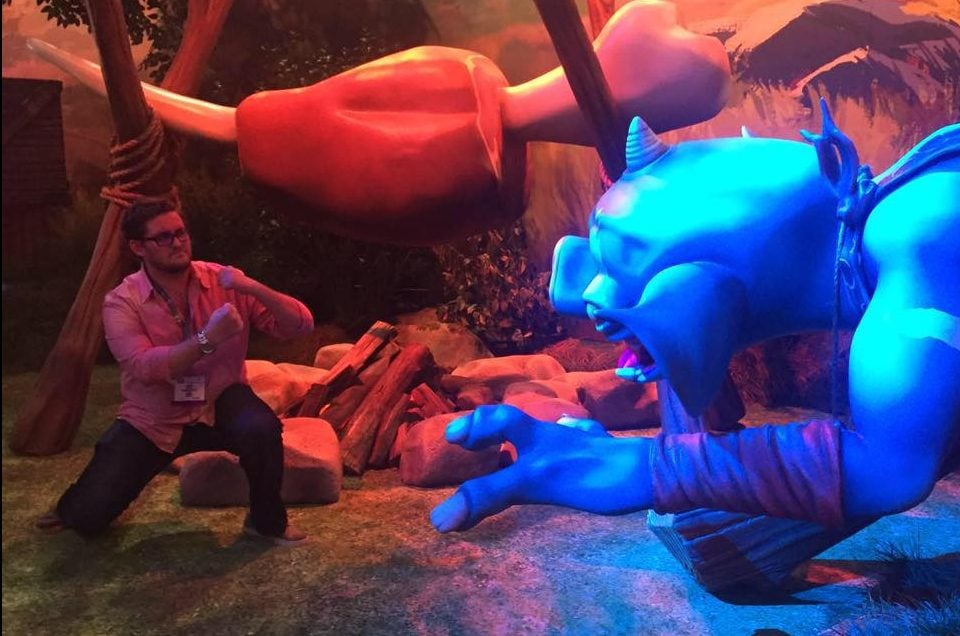 This year marked the fourth time I attended E3, and it was unlike all three that came before it, mostly because I got my credentials late and missed out on the opportunity to use my media status to skip all the lines and talk to developers. That said, I am and have often been, very lucky to get to attend the biggest video game event of the year. I’m also very grateful. But at the same time, I had previously been very spoiled.

For those that haven’t seen pictures of the show floor, it’s beautiful and horrifying. Every glorious chance to play a new game comes with a line that would make Disneyland blush. I’m sure you heard that this year, The Legend of Zelda: Breath of the Wild had a line that closed within minutes of the show floor opening. I waited three and a half hours on the last day of E3 to get my hands on it.

In the past, that never would have been me. I’d have breezed past hundreds of others with a smile on my face, probably bumping someone back in line and delaying what they’d been waiting hours to do. If it sounds unfair, it kind of is. But that’s just how E3 is.

It was enlightening to see what the show is like without any special privilege. And despite how much my feet ached from all the standing around; despite how many games I missed out trying because I was stuck in line; it made me appreciate things a lot more.

I played nine games at E3, and most of them were wonderful — made all the sweeter by how long I had to wait to get my hands on them. Some might call that Stockholm syndrome (and it probably is), but that doesn’t cheapen the fun I had. It doesn’t overshadow how excited I am for many of the games I played.

Plus, there is one legitimate good thing about lines: they make you talk to people. Believe it or not, I didn’t do a lot of that during my three previous shows. I mean, I talked to developers about their games — but a lot of them were regurgitating the same info over and over. But in line, where there’s nothing to do except making friends, you have some great conversations. You share experiences about the show, about what you’re excited for. You commiserate over the games you didn’t get a chance to see. You have someone to sit down and stand up with, so you aren’t just staring away in silence during half the wait.

The bottom line is, for some reason, the wait made everything far more worth it. In fact, the memory that sticks out the most this year is what a photographer said to me while I played the Horizon: Dawn Zero demo. Huddled in the corner of the booth, I noticed him snapping photos of me and I stopped playing to look at him.

It kind of took me by surprise, because I don’t usually smile when I play games — even at E3. I just zone out and focus on what’s at hand. If anything I spend more time grimacing when I mess up than I do smiling. Yet, despite my gaming nature, I was smiling so much while playing this game that the photographer noticed. That’s the kind of happiness that speaks volumes.

So, maybe there’s something to doing E3 like an everyman. Maybe the best experiences come to those who wait. All I know is, I’m glad I got a chance to experience E3 this way at least once, because a mortal man can only take so much waiting.

Next year I think I’ll go back to my old ways.