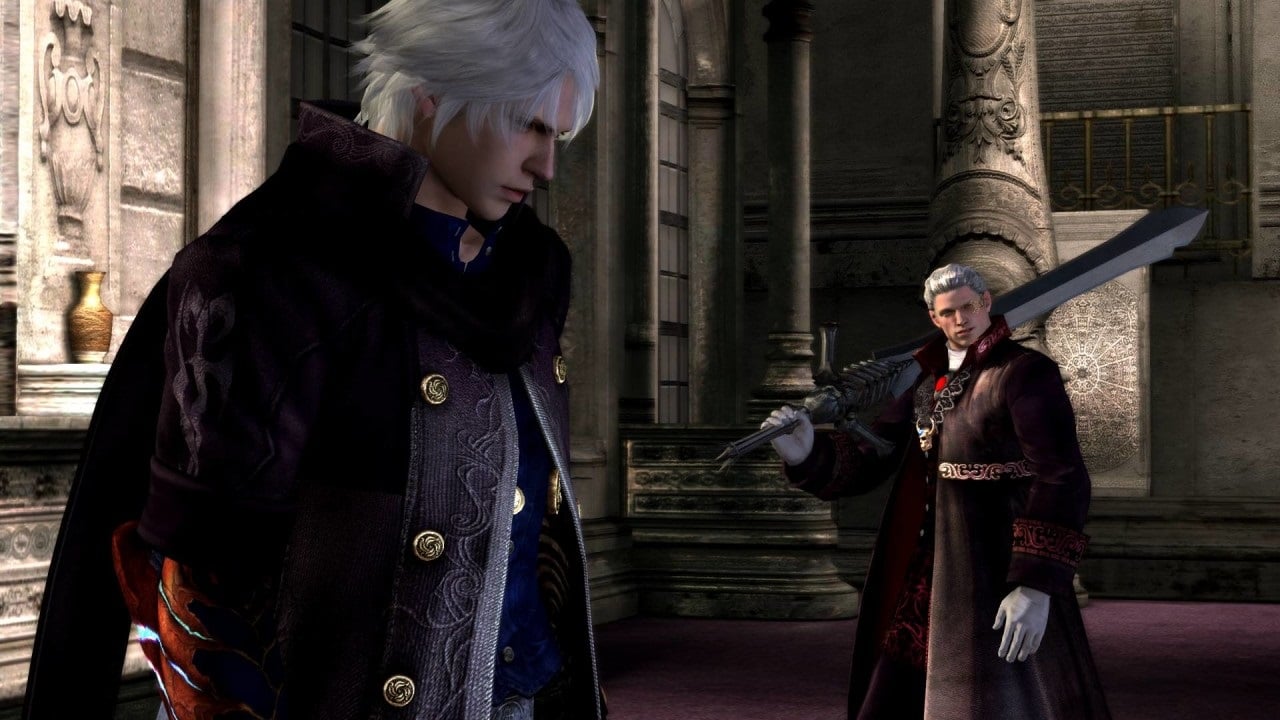 Devil May Cry was the game I had always wanted, but never knew I wanted. It predicted the modern 3D- action video game; heavily influenced by the Matrix‘s perfectly synchronized combination of gunfights and Kung-Fu, Devil May Cry excelled where others had failed. I wanted to be the badass, I wanted to decimate and strike fear into the hearts of my foes, to feel that sweet tinge of victory as the once-mighty giants lay fallen at my feet, but the secrets of badassery had yet to be discovered. October 3rd 2001: a happy 12-year-old boy receives the perfect gift for his birthday, one that would open his mind to the possibilities of the video game spectrum, he unwrapped the game-shaped present to see…Resident Evil: Code Veronica?

A bit of context for you: I was happy, this was definitely the game I wanted – it was on my birthday list and my parents had done well. I soon found out that the (European) retail copy came with a demo disc of the (then-unknown to me) Devil May Cry. Dismissing the B-side disc, I opted for the main attraction that was Resident Evil: Code Veronica to discover that it was…okay? The stop-start nature of this obscure spin-off didn’t exactly light the gaming fire in my belly – the zombies were there, sure, but hadn’t I played this game before? It certainly didn’t help with all the laborious puzzles. A sense of disappointment swathed over me as I ejected the disc from my PlayStation 2 and placed it back into its case – maybe it was time to check out the demo. Straight away I was subjected to a plethora of guns, swords, marionettes all set in the kind of dark Gothic castle Dracula would feel right at home in. Dante could uppercut an enemy into the air and keep them there by repeatedly shooting them without worrying about the lack of ammunition – I later found out that this was originally a glitch that originated with Capcom’s other heavy-hitter Onimusha, whereby continuously attacking enemies would prevent them from ever touching the ground. The majestic freedom of 360 degrees of 3D space, combined with the cinematic qualities lifted heavily from the action films of my youth were all there in a demo…a demo! A stupefying inversion had occurred: the B-side had surpassed the A-side, and for a 12-year-old boy this was unfathomable.

I remember thinking how Resident Evil had grown tired with its latest entry, series fatigue had set-in and a new challenger had come to take its place (everything was a competition to me back in those days, there could only be one) I had conceded to the cerebral challenge of Code Veronica and had embraced the leave-your-brain-behind visceral thrills of Devil May Cry. The demo eventually pits Dante against the dreaded shadow: a panther-like figure shrouded in (you guessed it) shadow. It would not fall like the dozens of marionettes before it. Rather than a shambling mess of decomposing rags I was faced with an enemy that matched Dante for speed and agility. I experimented with a vast range of aerial and ground-focused assaults, while switching between firearms until the beast was felled. The best part? It wasn’t even a boss, this was a standard enemy that I would encounter many times later on when the game was released, ready for the Christmas holidays that very year. Everything about the demo screamed innovation and newness, even the cliff-hanger that saw Dante confront the dark knight Nelo Angelo was perfectly judged. I wanted the game and I wanted it now (then?) but for now (then?) I was content with sharing this experience with somebody else: Uncle Tony. With it being my birthday, naturally, the family wanted to see me. I knew he was a casual gamer himself and I wanted to show him this title that would change gaming forever, the enthusiasm was not shared. Instead of the hardcore gauntlet of blood and stylish attitude, my uncle and I were treated to a series of empty, albeit pretty, gothic-themed libraries and grand halls stripped of their devilish inhabitants. Swept up in the excitement of the moment, I had disposed of all the marionettes – it wasn’t long until Uncle Tony had lost interest, wished me well, and left my room.

What damage had been done? What were the implications for my epic failure? Was there now a crack in, what once was, a solid family relationship? Nah, not really, but I learned a valuable life lesson that I will take with me to the grave; don’t ever vanquish all your enemies before Uncle Tony witnesses your reign of terror lest you wish to highlight your own stupidity. This is my advice to you: In Uncle Tony we trust.