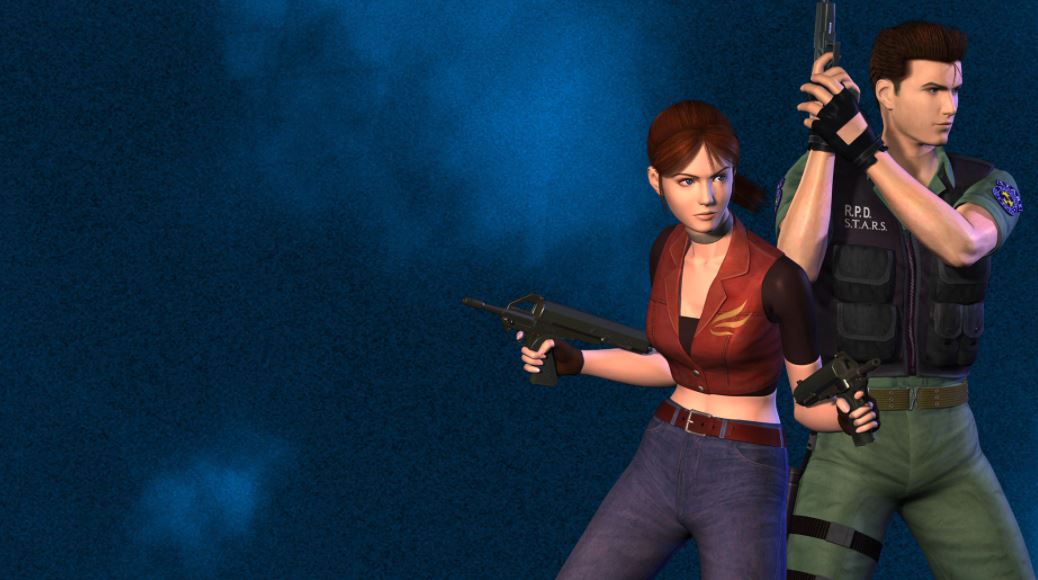 In amongst the praise for last year’s Resident Evil 2 remake and the impending release of the same treatment for Resident Evil 3, I’ve heard a lot of gaming pundits go on to ask the question of whether it’s worth Capcom’s time to remake Resident Evil 4. Well, on its 20th birthday I’m here to ring the shame bell on any and all who gloss over just how fantastic it would be for Capcom to remake Code: Veronica, the series’ most underrated game.

With hindsight fully in tow, Code: Veronica feels like it was so close to being a pivotal entry in the Resident Evil series. The general consensus of the older Resi (which is an abbreviation I’ve recently been led to believe is quite alien to American fans – is this true?!) titles is that they’re these schlocky, campy romps, but aside from being decidedly B-movie in execution with some utterly dreadful voice acting, the intent always felt like it was played pretty straight. Code: Veronica feels very starkly like it’s where things started to get intentionally crazy.

That’s not to say that Code: Veronica doesn’t play out like a B-movie with crappy voice acting (we’re still talking about 20 years ago, remember), but in the leap from PlayStation to Dreamcast, Resident Evil went from giant, stalking behemoths and corrupt scientists to a shrieking transvestite who thinks he’s his own sister (spoiler?). Alfred/Alexia Ashford really marked a sea change in Resident Evil antagonists, paving away for the carnival of campy freaks that would torment Leon Kennedy in Resident Evil 4, as well as ushering the true beginnings of super mutant Wesker.

The remake of Resident Evil 2, and shortly Resident Evil 3, have been able to fully modernize and tone down the nonsense from their original titles by replacing bad voice acting, dialogue, and animations with the standards we’ve come to expect in the current generation. The result feels like it evokes the dark horror tone that was originally intended – that was arguably felt back in the ‘90s – whereas Code: Veronica doesn’t have that tone at all. It’s filled to the brim with balls-out action set pieces and scene-chewing nutters. Seeing that dragged mincing and screeching into the 2020s, if done right, would be an absolute riot of Devil May Cry 5 proportions.

The game is renowned for more than just its eccentricity though, and is still widely regarded as being the hardest of all the classic Resident Evils. After attempting a marathon playthrough this past weekend to refresh for this article, I can unhappily reconfirm this. Naturally, tank controls – especially if you haven’t played a classic Resi for many a year – are beyond archaic in 2020, and they present a huge dose of artificial difficulty on their own, but they can’t take the entire brunt of the blame for how tough the game is. In fact, it’s been a long-held belief of mine that mastery of classic Resi tank controls is something of an art form. Slaloming through flailing zombies while fighting those terrible controls feels like you’ve just cracked the enigma code.

Code: Veronica also gets a lot of its difficulty thanks to mixing an overly large number of enemies with scarce resources – simple, no? Dark Souls can be the yardstick for modern game difficulty all it wants, but I’ve never had to hard reset a Dark Souls game because I’d saved myself into a corner without enough health or ammo to even walk down a corridor without being killed by multiple poison Hunters.

The stretch of Code: Veronica immediately following the switch from Claire to Chris Redfield can be extremely painful if not managed correctly. Indeed, this is the one Resi title I can definitely point to and say that I deliberately try to not kill all the enemies. If you pool all your health and ammo resources upon Claire’s person for her final escape from Rockfort Island, then you’re effectively stealing items from Chris, leaving him woefully unprepared for the nightmare that awaits him.

While it would be interesting enough to see how a remake would handle the game’s notorious difficulty, even more fascinating would be the chance to see how Capcom would re-purpose the game’s huge map. The numerous areas offer a massive amount of variety in location – clearly paving the way for the sprawling adventure of Resi 4 – but it’s the intricate way that new secrets and routes are opened up for Chris’ belated arrival that arguably shines brightest. Nothing about Chris’ time on the island feels like a lazy retread or cynical padding, instead revealing just how polished Capcom’s level design for the series had become by this point.

“Resident Evil Code: Veronica may feel a little bloated and a tad formulaic, but that speaks to its ambition, especially when compared to the previous entries in the series.”

Perhaps the best reason to include Code: Veronica in the remake conversation is that it sits on a precipice between ‘true’ classic Resi and the modern style we’re still seeing today. The graphical achievement of the game at the time was astounding, and it remains one of the Dreamcast’s best-looking titles, but the Dreamcast impetuously plonked itself betwixt two console generations, ensuring that Code: Veronica doesn’t truly hold up like Resident Evil 4 does in the visuals department. More palatable than the polygonal PlayStation, and with a more ambitious scope – this framework could make for the most stunning remake the franchise has yet seen.

Actually, the biggest reason for a remake is to see a new, modernized take on Steve Burnside. It’ll be a fine balancing act to get him right, because he is a quintessential late 90s goober on a level that is almost impossible to replicate. It may seem like he’d be a divisive character, but if you don’t love the cheesy, clumsy, DiCaprio-in-Titanic-knock off then, I’m sorry (or should that be sawwry?), but you don’t have a soul.

Resident Evil Code: Veronica may feel a little bloated and a tad formulaic, but that speaks to its ambition, especially when compared to the previous entries in the series. It was one of the developer’s last attempts to evolve the series within its own framework before a revolution would change everything, and it remains the most playable of the first crop of classic Resi titles outside of the GameCube era. I’d absolutely love to see it come back for a new audience.