Bungie has undoubtedly given video games some of their best FPS titles over the years, and have often found themselves at the forefront of not only the market but also the genre. Halo 3 helped to define the Xbox 360 as a console, while ODST and Reach added a greatly needed flavour to their franchise. Since their departure from the Halo franchise, when they sold the rights to 343 Industries who now control the future of the much-loved Master Chief, Bungie has seemingly been aiming to create a new universe that is as iconic, and genre-defining as Halo once was (and in some ways still is today).

Unfortunately, Destiny and its successor are not those games, even though Bungie likes to believe that they are. With the release of the Forsaken DLC, and its release for free to all users of the PSN network in September, Destiny 2 proves yet again that it hasn’t learned from the mistakes that made it’s younger sibling feel stale, boring and tired. Not to say that Destiny 2 doesn’t have brilliant moments – and better yet, a story to tell.

Light, Show Me the Way 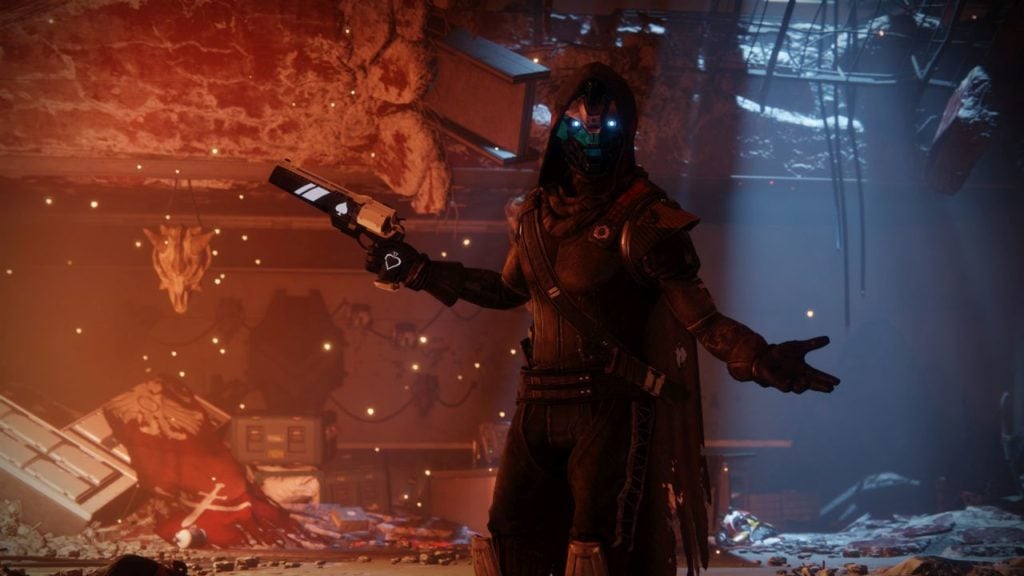 Cayde’s input is sadly short-lived in a story, that mostly takes itself far too seriously

Destiny 2’s story mode, albeit short, is fun while it lasts. Which is a massive improvement from the first game, where the plot was seemingly lost in the endless Peter Dinklage quotes of him sounding bored. That being said, it struggles with becoming something amazing. The game opens with the Last City, your home, under siege by the Cabal’s Red Legion (a race of eight foot tall, five hundred pound, skinless space-mole rats with a love for war), which makes for an awesome opening sequence. You’re then fighting on the ground, shoulder to shoulder with other players as you struggle to get aboard the command ship and take out their leader. As you finally reach the top of the frigate, you’re confronted with a horrible moment as the Traveler is essentially rendered useless, and with it your powers as a Guardian. The Light, your weapon, is lost to you. The city is taken as Ghaul, the leader of the Red Legion, kicks you off the frigate and into the ruins below.

The first two hours of Destiny 2 are amazing. They’re tightly written, with a clear drive and plot that puts you back in contact with faces you already know, while keeping your character moving. But then it doesn’t last long. After making contact with other Guardians, it becomes clear that an all-out assault on the city is imminent. The game then simply makes you assemble the three Guardian leaders (Ikora, Cayde, and Zavala), who then help you smuggle yourself onto a giant space-laser in order to then take out Ghaul when you come back to Earth. It’s anticlimactic, to say the least. There could have been so much more to this story, with other Guardians getting their own light back, perhaps assembling a militia, or even doing more to steal weapons and gather supplies.

It’s frustrating because there are glimpses of an amazing tale here, and there’s times when it shines through. There’s a cutscene on Io, where Ikora talks about her fear of dying, as the Light can no longer revive her, and what that truly means at this point in time. It’s an amazing sequence, but it’s totally ruined ten minutes later when she agrees to go back to Earth. While the writing is light years ahead of Destiny itself, it struggles to build upon the interesting premise it sets for itself. 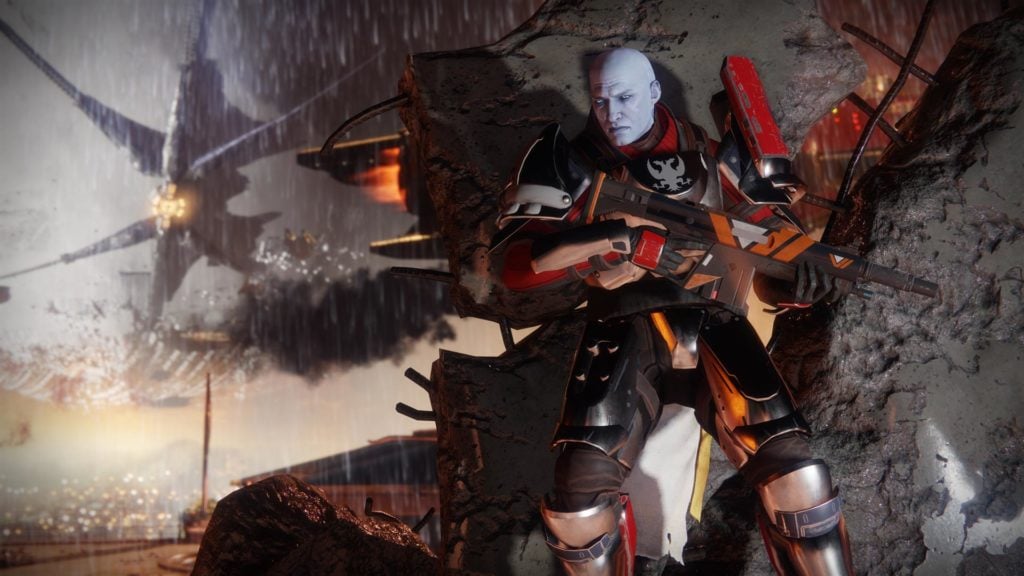 For a universe with undead creatures that wield sorcery, ravenous scavengers who need technology to survive, and a race of impossibly ancient sentient-godlike machines that convert entire planets to their own: Destiny 2 has a lack of weird science-fiction. From the story beats to the gunplay, everything is incredibly muted in a strangely surgical way. Even the Light, a weapon that can bring back Guardians from beyond the grave, is restricted by the lack of science-fiction. I understand that designing new weapons, subclasses, and even races can take a team days of work in order to get a solid idea together (especially when the universe is already established), but Destiny 2 has an inherent lack of weird, wacky and wild sci-fi. I wanted to see weapons that had specific defensive purposes, guns that have weird buffs or debuffs, or just guns that looked outright awful to the eye – I didn’t get this.

Even the stranger elements, like the Taken, consist of mostly bi-pedal humanoid-like creatures either wielding a firearm or a large melee weapon of some sort. The sheer lack of variety really kills the mood and thrill later on. Of course there are some variants and unique exceptions (like the Servitors of the Fallen, or the Hydra of the Vex Collective), but there’s nothing with five heads, or a horrible mutation, or even just a lot of tentacles. It’s too clean, and it brings the game down. The lack of grit, of good old-fashioned horrible sci-fi, is a serious detriment to the franchise – that seriously also effects the gameplay. 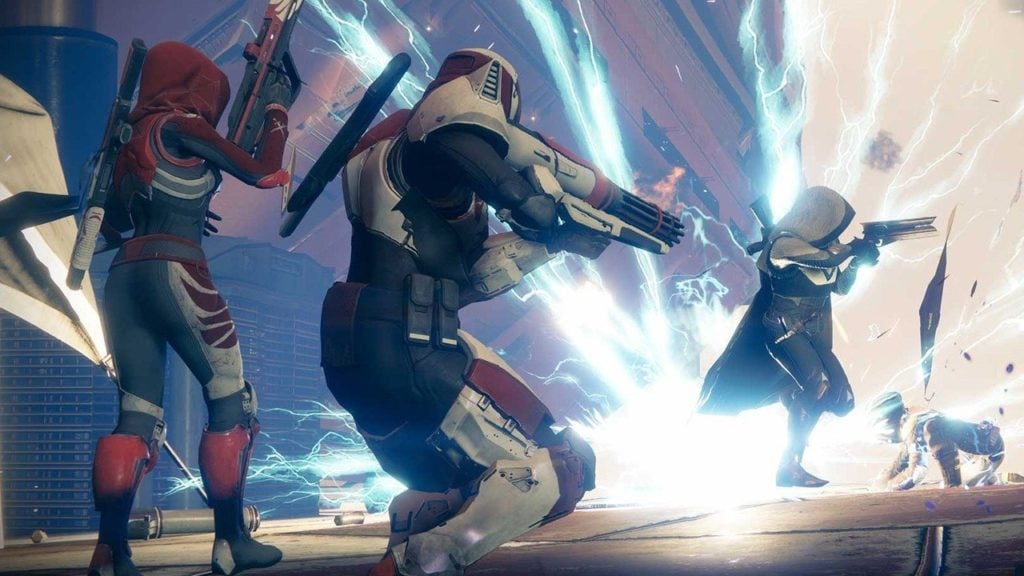 With only a few new gun classes, Destiny 2’s gunplay feels more like Destiny 1 with a fresh coat of paint

Destiny 2 makes the player feel like a god from the off, and does little to challenge that at any point during the game. From start to finish, even when taking on more tricky situations such as the Nightfall strikes, the entire game feels easier than before. There’s no hard evidence to prove this, and perhaps it’ll vary from player to player naturally, but this addition to the franchise feels like its poised to give players everything with fewer challenges. There’s little learning curve, so Destiny 2 has the advantage of throwing hundreds of enemies at Guardians with little worry for their lives. For the most part, it’s point-aim-click for either a head or a glowing spot.

Destiny 2 feels like a product aimed to be sold to as wide an audience as possible, without ruffling anyone’s feathers when it comes to difficulty.

Beyond that, you’ve got the class abilities and superpowers, but they detract from the challenge. Grenades recharge roughly every thirty seconds so throwing them out isn’t a worry, while both the melee and the class powers simply make you stronger. This creates a problem for longevity because Destiny 2 is mired in its ‘grind more’ mindset. Giving players more power sooner creates a power-creep vacuum later down the line because you need to give them more, and more to feel the same way. But that doesn’t happen. There are no immense bosses to take down; few truly challenging foes and fewer satisfying kills to be had.

Because of the lack of design variants when it comes to enemies, foes, and bosses: it becomes incredibly dull, incredibly quickly to shoot the same things over, and over once you’ve got the technique nailed down. Aim for the head of the Fallen, Hive, and Taken, and shoot the glowing areas on the Vex. There are few examples of any enemies in this game that break those conventions, and it’s saddening really. Destiny 2 feels like a product aimed to be sold to as wide an audience as possible, without ruffling anyone’s feathers when it comes to difficulty. Which is a shame, because some ruffling would have been very welcome throughout the whole experience. 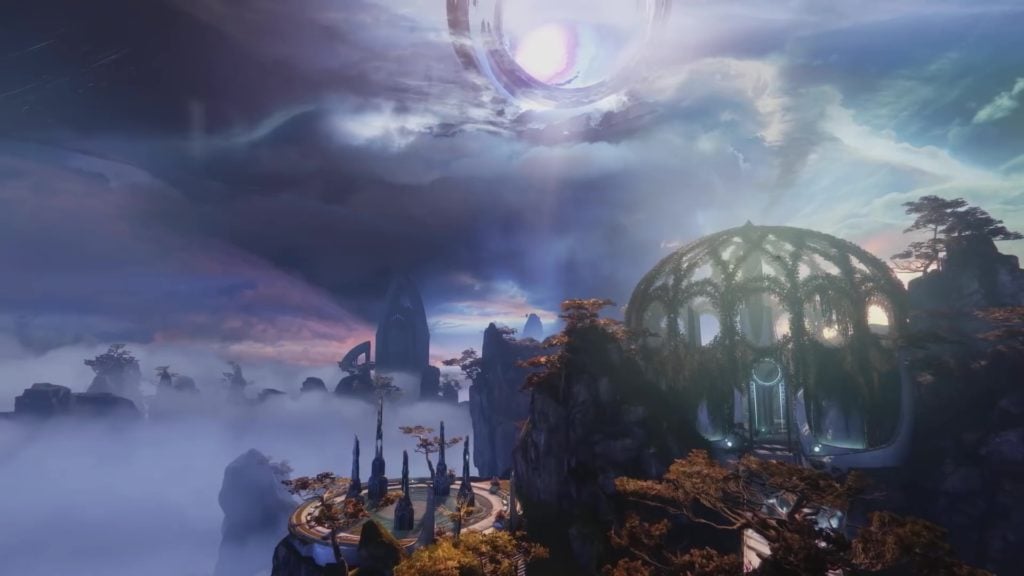 Forsaken promises new raids, gear and subclass – but all that greatness is locked behind a DLC wall

The inclusion of the Eververse in Destiny 2 was a very unwelcome change. If anything, it showed how tone deaf Activision can truly be, even in the wake of EA’s Battlefront 2 saga. While these purchases don’t make a player better and are only aesthetic, they still represent a horrible practice that is alive and well within the industry. Inserting your own form of currency (“Silver”) in this case, making all armour shaders a one-use item rather than a permanent feature, as well as closing off the rarer vehicles and emotes behind these paywalls is nothing short of madness.

As it stands, without any DLC, Destiny 2, on its own, is a product that has been neatly carved into pieces so that the maximum amount of revenue can be pulled from its still-beating corpse

At the end of the day, they’re only there to cynically make more money from their playerbase, as if all the DLC additions don’t do that already. It’s frankly a little insulting to see the Eververse stand in the tower social area, as it’s a firm reminder that all Activision-Bungie care about is the depth of your wallets. This doesn’t include the fact that Destiny 2 is also, like its younger brother, a half-game. In the sense that, if you buy the rest of the DLC, you’ll get the full experience.

As it stands, without any DLC, Destiny 2, on its own, is a product that has been neatly carved into pieces so that the maximum amount of revenue can be pulled from its still-beating corpse. And it’s okay that a title have its own DLC, but having all the awesome storylines happen within those additions and having a confirmed total of five packs, is clearly sending a message to all players.

Outside the Game’s Walls 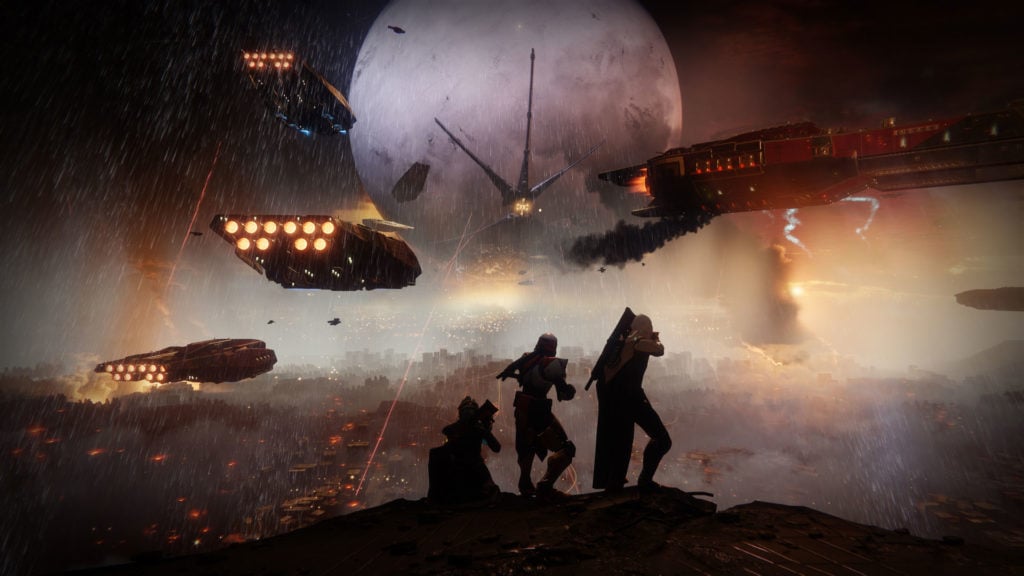 As cinematic as Destiny 2 is, it’s often outshined by the things happening outside the game that it gets renowned for

Whoever handles either Bungie’s or Destiny 2’s social media accounts when talking to their own playerbase needs a tutorial in charisma. Since its release, nothing but controversy has dogged this title. Between not delivering the title that hardcore veterans wanted, and then responding to community outrage over players discovering that faction rally earning was naturally capped past a certain point, Bungie has made nothing short of a hash of things. While they have managed to get a firm head of their shoulders now, it’s a year later and the majority of players have departed with little intent of returning.

Bungie even removed a feature from their site that allowed live player counts to be seen, saying that “we’ve removed this chart because people were using it to spread a false narrative of the Destiny 2 population”. Which is fair; information like that could be used to make the title look worse than it’s actually doing. However, it’s fairly evident at this point in time that Destiny 2 is simply haemorrhaging players. If not for the release of the Forsaken DLC, then it would have likely continued to trickle down until they’d be left with only hardcore superfans.

While this isn’t a review, no score needs to be given here. Destiny 2 could have been game of the year in 2017; it could have walked into the ceremony with all it had learned from the first game and wiped the floor. But instead, it came back with half measures. It came back with a watered-down system that didn’t appeal to hardcore fans, and pandered to new players with an easier PvE mode. It felt like it hadn’t gone away and learned anything. Few things about this title shine, but if you look in the right places, at the right times it can look brilliant.