After weeks of broadcasting and bolstering, Bungie has finally launched Destiny 2 Update 2.0, a massive patch that is nothing shy of game changing, and perhaps the largest overhaul in the franchise’s tumultuous history. The patch comes in preparation for the latest expansion, Forsaken, which according to Bungie touts more content than any expansion has ever held, leaving fans to hope that it can turn the tides of an often lackluster game not unlike what The Taken King did for the original Destiny. Despite the undeniable promise and allure of Forsaken and the immediate impact of 2.0, I remain optimistic about the future of Destiny, but cautiously so. Forsaken and the recently implemented patch might seem like a cure-all, but I’m not sure all the issues are being addressed with the expansion. Here are the grains of salt I’m taking into Destiny 2: Forsaken. 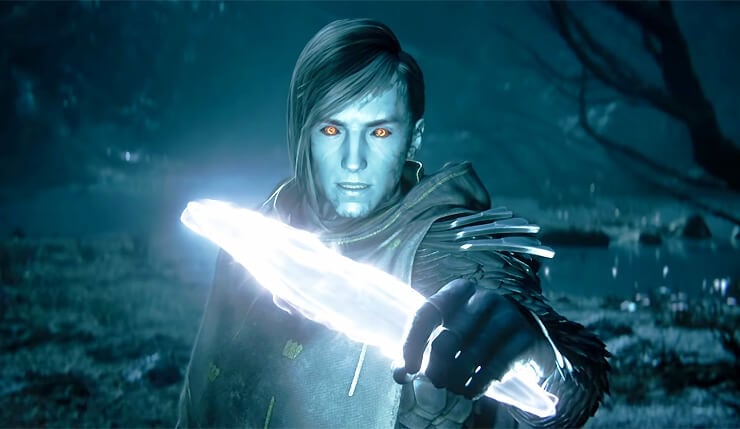 When Destiny 2 first launched, it catered too heavily toward a casual audience. With time, the endgame proved deceptively shallow, and the hardcore audience rightfully felt spurned. Bungie heard the complaints from their dedicated fans and eventually responded. Unfortunately, many of the attempts by Bungie to recapture the dedicated “hobbyist” player have been missteps stemming from misinterpretations of what  hardcore Destiny players actually want. Recently, too many player requests for engaging endgame activities, substantial content, and significant rewards and pursuits have been interpreted by Bungie as increased monotonous grind. Put simply, Destiny 2 has had no respect whatsoever of players’ time.

Take Faction Rallies for instance: the first iteration of the event was hollow and uninteresting, a time-restricted reward layer placed over the existing game. When players requested a unique gameplay experience with notable rewards — not just repainted armor and guns — Bungie introduced the Season 3 Faction Rally rework. Vendor rewards were populated with enticing payoffs like exclusive exotic catalysts and ornaments. A renown system was also introduced, making regular content more challenging. But in the end, it was still an event centered on repetition of uninteresting, recycled content. What’s worse, the grind to get to those notable rewards was hours and hours long, meaning players were foregoing any interesting weekly ritual they had to exclusively tackle the same public events and Lost Sectors relentlessly. 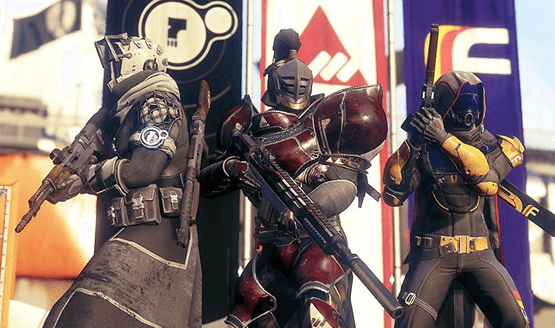 Similarly, when players asked Bungie for a reason to play competitive Crucible, Bungie introduced a ranked system with new exclusive rewards, including the now infamous Redrix’s Claymore, a pulse rifle with a totally unique perk set. The pursuit proved far from a fun climb to the tops of the Crucible ranks, but instead an insufferable slog taking upwards of 110 hours for those who bothered. Consequently, there are roughly 8,000 total players with the weapon out of millions, a sure sign that the gun was less desirable and more absolute waste of time. Even the popular Escalation Protocol activity brought back bad memories of farming activities endlessly for singular rewards only to turn up empty handed, and I still haven’t earned an EP weapon (or a Crux of Crota for that matter). I understand that rarity often results in excitement, but I thought we had moved beyond the days of grinding months on end for a rare weapon (ie. Gjallarhorn) just to be included among player groups. But here we are, years later, and I’m seeing “must have EP shotgun” on every LFG post for Spire of Stars. Not that I don’t like some measure of RNG, but it’s better with some fail-safes to keep players from striking out endlessly. What if putting on the EP emblem not only kept count of completions, but as that completion count went up, so did the player’s chances at landing drops? As it stands, however, it’s just a mindless grind to keep players interested that leaves too much up to terrible RNG.

Reasons to continually come back to Destiny 2 shouldn’t necessitate a disgusting grind, but lately that’s what the game has supplied. Even generally positive content like the Solstice of Heroes event has been marred by an overly aggressive grind. Consequently, when Bungie claims that Forsaken will have content that appeals to the casual and the hardcore respectively, I get more than a little apprehensive that this won’t be material to supplement the weekly rituals, but more grinds that consume all play time, ensuring that players like myself that don’t have unlimited free hours will miss out on other, more engaging activities. 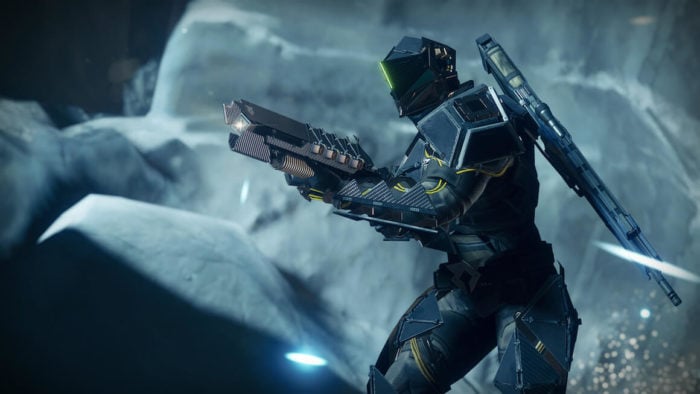 Since its release, Destiny 2 has been plagued by incentive issues — bland rewards, a lack of highly desirable items to pursue in all avenues of play (like exceptional Strike exclusive rewards, secret Crucible shaders, and rare Raid ships and ghosts), and engaging, long-term quests.  One of the primary ways that Bungie has tried to incentivize play in D2 is through Seasons. Every three months or so, a new season will begin, meaning a new variety of collectibles to obtain from the Eververse, new emblems, a few new guns, and new armor ornaments for each faction will be available. This is all great, and gives players something new to pursue every couple of months. It also means that the previous Season’s exclusives will be rotated out, never to be seen again. In a game where loot is half the fun, this is a mistake.

I understand the need to filter out old inventory, but the Season system, especially when it comes to the Eververse, seems particularly shameless in its aim to drive microtransactions. I can actually live with that, but what I really don’t appreciate is Bungie eliminating the opportunity to collect exciting armor ornaments and cool emblems for players that miss a whole or part of a season. Season 2 was a particularly rough patch for D2, especially the state of the Crucible. Countless players left, vowing only to return when the game improved. Now, those same players will potentially never get any of the ornaments or emblems from that season. Sure, a select few will have trophies from a specific time that no one else has, but a trophy that says what? I played the game when it wasn’t worth playing, when everyone else was out enjoying themselves?

It wouldn’t be as big an issue were seasons not so short. Now, players are being locked out of rewards and content (albeit cosmetics) because they had a busy season of life, when by comparison to D1, Iron Banner and Trials rewards stuck around for the better part of a year. I see no reason why these rewards can’t be obtainable for half a year, or perhaps alternate with even and odd seasons; adding more rewards is always welcome. Needlessly taking them away turns collecting into a chore, and favors those with more time on their hands. 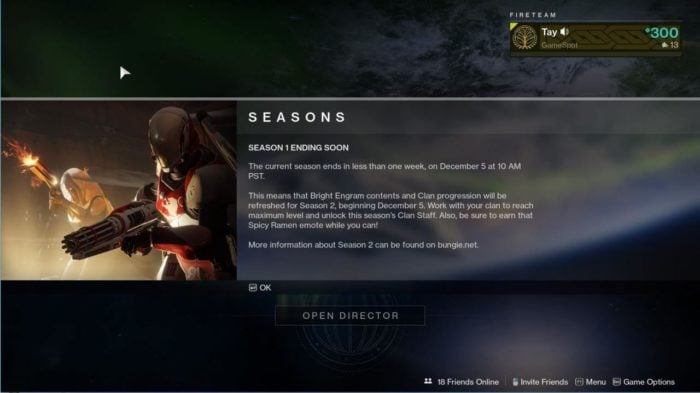 Bungie is adding mass shader deletion on September 4. This is a bandaid for a bigger problem that isn’t being addressed: the Destiny 2 shader system never lived up to D1‘s. I have more shaders than I have inventory space — they’re no longer exciting, but an inventory chore. Shaders aren’t trophies of accomplishments to show off in the Tower — they’re scrap, consumables, single-use items limiting me in my customization options. I delete most as soon as I receive them, which is a waste of time, especially since I get the common ones constantly. Most are uninspired, and few of them are as enticing as some of the D1 classics, especially those with lighting effects like Glowhoo and Kingspyre. The raid shaders are particularly disappointing (I suppose to match equally disappointing armor). Make them unlimited use items and stop giving me repeat shaders! 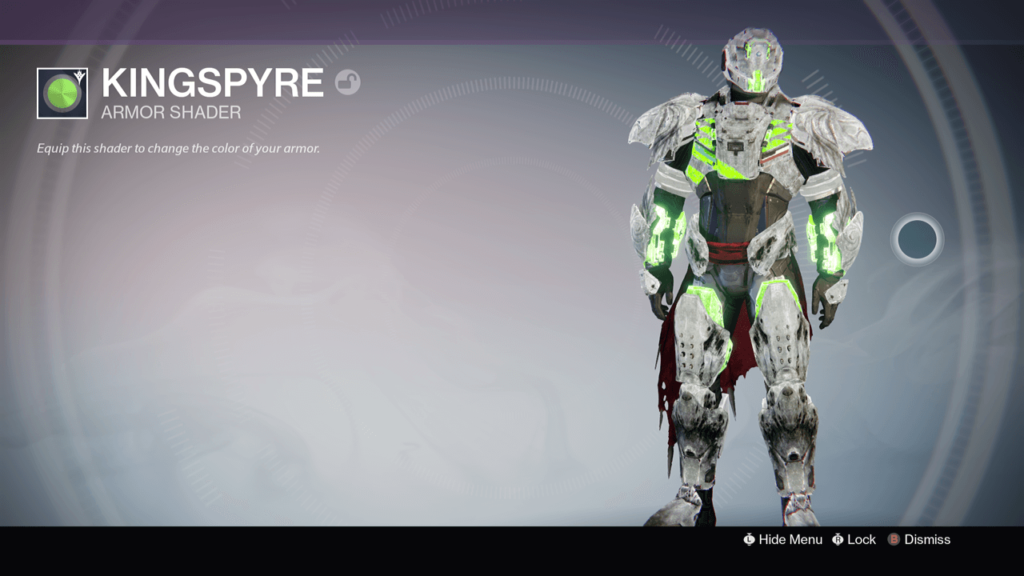 Back to the Beginning

At launch, Destiny 2 looked like an alluring solution to countless issues that held back its predecessor.  Director improvements, a richer world, a map, more vendors and characters, a cleaner narrative; it’s easy to forget, but Destiny 2 did a lot for the franchise. Unfortunately, too many of the sweeping changes Bungie made came back to bite them, changes that might have seemed fine at first — maybe even like a solution — but wore on players over time. Obvious examples are PvP time to kill, ability charge rate (still needs to be faster), limited skill tree options, and the Kinetic, Energy, and Power weapon system (or double primary system). In short, the offending changes are the ones Bungie made that no one asked them to. Now, these regressive changes are being swept away and Destiny 2 is looking more an more like the original in all the best ways. But if the game is reverting to resemble something far closer to the original, then why was the original abandoned in the first place?

This late into Destiny 2, it’s a bit of an irrelevant question; what’s done is done. All the same, it’s hard not to look back and wonder what would have happened if Bungie hadn’t abandoned the original Destiny. If all of the content of Destiny 2 had simply been added to the original title, would the content droughts have felt so dry?  Would the resources spent on making the D2 weapon system more like D1‘s have been able to provide new content rather than overhauling what’s already there? That’s all not exactly fair of me to ask — I understand that the franchise really did need a clean slate. That doesn’t exactly eliminate the frustration of seeing Destiny 2 “evolving” into something that looks an awful lot like what we had with the first Destiny. It also begs the question: what took so long? 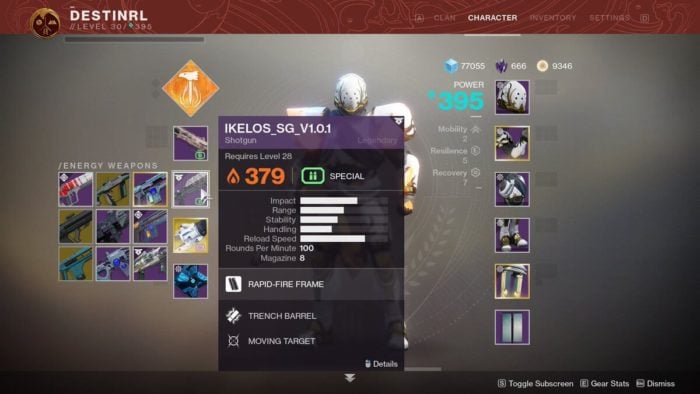 It was clear that Destiny 2 needed a facelift, but it’s a bit alarming that the largest portion of the overhaul is coming as late as a year after the game’s launch. Hopefully, Bungie can respond to player feedback far more rapidly in the future, and continues to engage with the game’s audience to make Destiny 2 the best it has ever been. With some of these changes, on top of all of the new content, it’s really looking like that might be the case. Still, even the best games can be improved, and clearly there’s still plenty Bungie can address in Destiny 2 if they want it to keep thriving and not end up like the title of the latest expansion — forsaken.