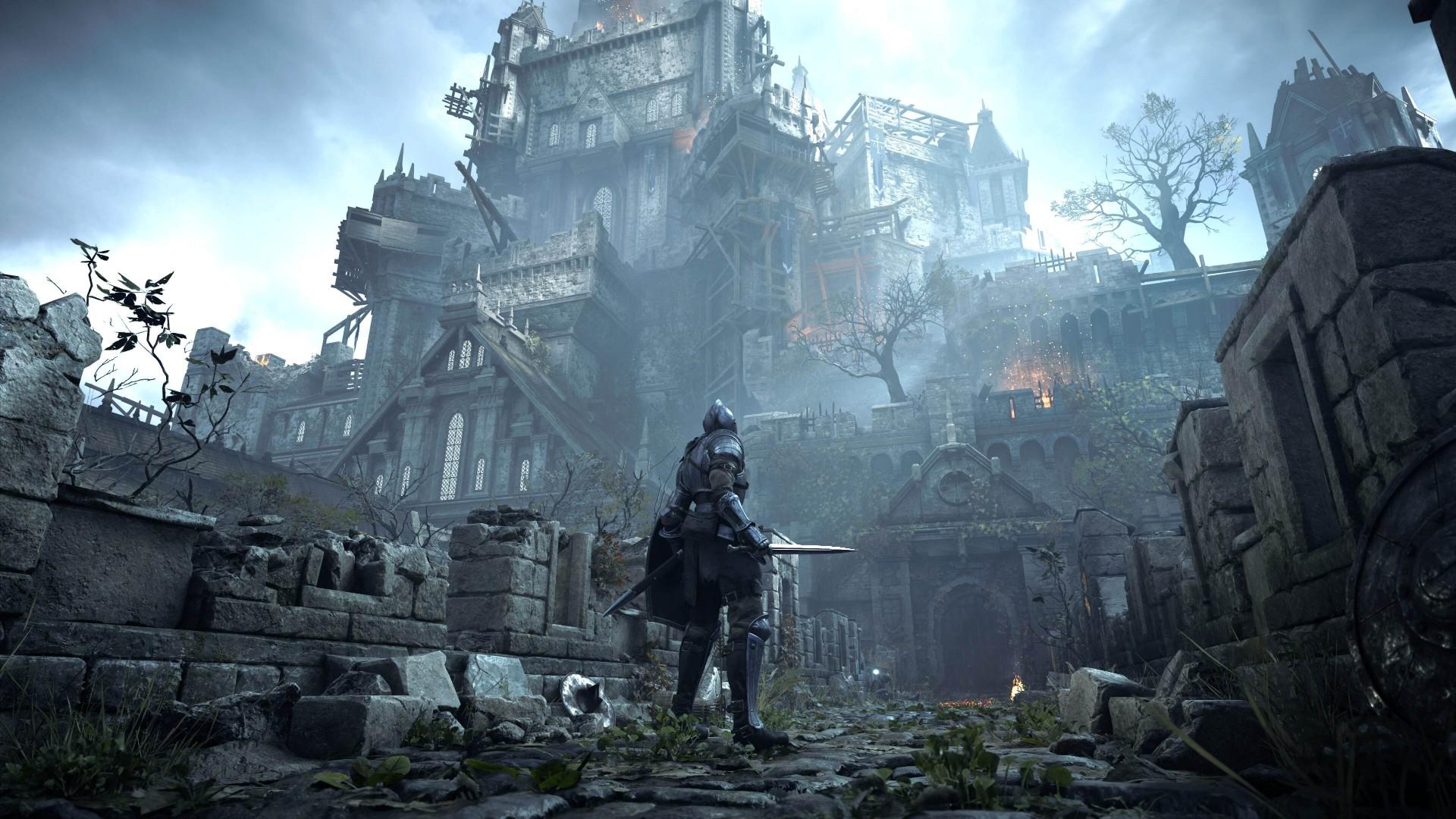 The 5 Main Worlds in Demon’s Souls…

It’s no secret that Demon’s Souls is a hard game, but the magnificently masochistic remake sure is easy on the eyes. From the eerie labyrinths of the Tower of Latria, to the fiery inferno of the Dragon God’s domain, Demon’s Souls boasts its fair share of richly detailed locales. With most possessing a unique mixture of enemies, secrets, and scenic views, they ensure you’ll at least have something pretty to look at as you die over and over again. So let’s admire the foggy scenery of Boletaria as we rank the five main worlds in Demon’s Souls.

It’s a good thing Demon’s Souls affords you the choice to play these worlds in any preferred order, because the fifth archstone would’ve been a poor note to end on. While not conventionally bad, it simply doesn’t hold a candle to the rest of the in-game locales.

With barely any visual hooks to capture your interest, its dark, dank, swampy environments are a slog to explore. Enemy designs are bland, and its bosses lack any interesting gimmicks or traits beyond occasionally healing, which at times feels like an artificial difficulty enhancer. Beyond the emotion-fueled conflict against Maiden Astrea and Garl Vinland, there isn’t a lot memorable about this world. If Demon’s Souls is that outstanding road trip you took one summer, the Valley of Defilement is akin to that shady motel you had to stay at one night.

Just like the miners featured throughout this level, the deeper you dig into this world, the more you discover, particularly when it comes to enemies. The relatively humanoid Scale Miners are fought and defeated in a similar manner to other humanoid enemies, like Dreglings. But before long, you’re introduced to foes like wild dogs, fire lizards, and eventually fire-spewing rock worms, each calling for you to change up your combat approach.

The Burrow King’s archstone may also boast the best overall collection of bosses in Demon’s Souls due to the variety offered. The puzzle-like Armor Spider, the dangerously fast-paced Flamelurker, and the cinematic showdown against the Dragon God each call for different styles of play, making Demon’s Souls second world a good litmus test for discovering your preferred style of play.

Demon’s Souls’ first archstone starts by easing you in the best a Souls game can; it teaches you to expect enemies hidden around each corner, and encourages you to explore every nook and cranny to find shortcuts. The first boss, Phalanx, is a proper lesson in learning when and where to strike your enemies.

But this world really starts to shine once you get past the first boss. Boss battles like the colossal Tower Knight and the Old King are brutal, but very gratifying once you topple them. Regular encounters with powerful royal knights permeate the world, and when factoring in sequences that see you outrunning not one, but two fire-breathing dragons, every inch of the Boletarian Palace feel like an adventure of epic proportions.

Where this archstone excels is atmosphere; you spawn in a prison filled with dead bodies, emaciated prisoners, and torture devices. Not to mention the Cthulhu-esque Mind Flayers roaming the halls, each equipped with devastating magic attacks that are quite difficult to dodge, especially in this world’s narrow hallways. It’s quite creepy, and that feeling is only magnified as you delve deeper into the level. It eventually swaps its claustrophobic hallways for high-rising catwalks, and introduces Gargoyles, who are all too eager to swipe, stab, and shoot at you, and also blend in with some of the local scenery, setting up some prime jumpscares.

Many things aren’t as they seem in this world; the fight against the Fool’s Idol features a small puzzle that prevents you from winning the fight if you don’t solve it, and the fight against Maneater surely caused many hearts to drop when, towards the end of the fight, a second Maneater flies in from out of nowhere. But none are as subversive as the final boss of this world, The Old One, who turns another human-controlled player into the next boss. Peeling back the layers of this world feels like constantly getting the wool pulled back from your eyes; there’s always another surprise, and it somehow always tops the last one.

Risk is the defining trait of this world. The enemies here are capable of killing in one or two hits, so the natural inclination is to keep away and try using ranged attacks. But with how fast these enemies are, that’s hardly an option. They close in on you quickly, forcing you to get up-close-and-personal whether you like it or not. With traps littered about the map, having to traverse high-rise cliffsides, and the hostile Storm Beasts flying overhead, simply existing in this world feels like a risk at times; you feel as if your souls could be lost at any moment.

But the reward feels far worth it. For starters, it’s an optimal area to farm souls. Trade with Sparkly the Crow, and you’ll find some pretty rare items, too. Even the world’s climactic final battle feels like a reward in and of itself. The fight with the Storm King sees you discovering the sword, Stormruler, before using it to fire volleys of energy at the Storm King and his lackeys. This battle empowers players like no other battle in the game does. It feels like a perfect congratulations to players who have not only made it through arguably the most crushing world in Demon’s Souls, but have made it this far in the game altogether.