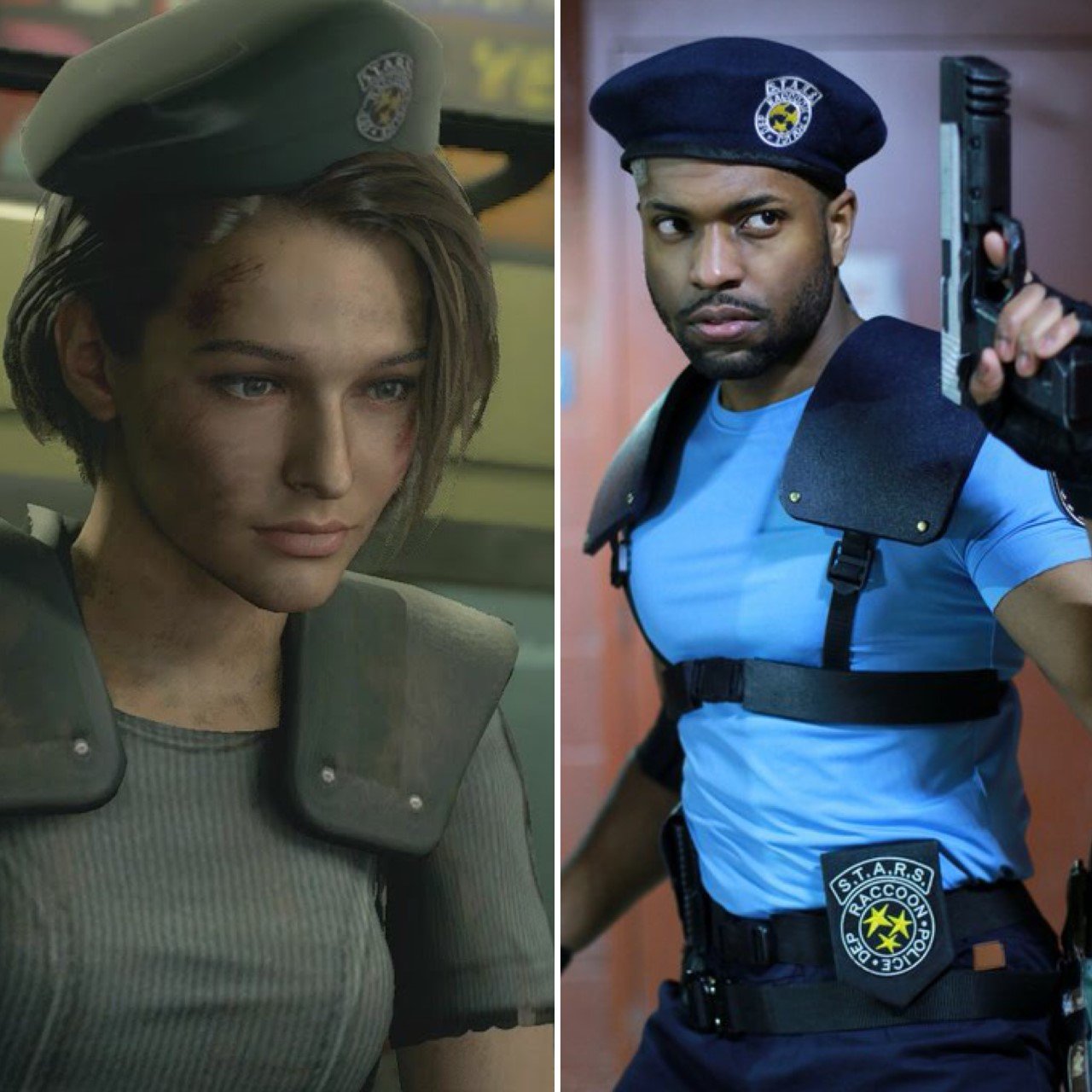 There has been a surge in fan content for the Resident Evil franchise as of late due to the next installment- Resident Evil Village- coming out in only a months’ time on May 7th, 2021, and the recent one-year anniversary of the Resident Evil 3 remake. As well as that amazing cosplay of the Tall Lady from Village by 6ft9 model Ekaterina Lisina, there was also a fantastic cosplay of Jill Valentine by cosplayer, model, and costume designer by the Twitter name of DJ Croft.

DJ’s cosplay is of Jill in her iconic S.T.A.R.S uniform, complete with beret, shotgun, pistol, holsters, and badge. It’s an awesome and accurate recreation of her outfit and a brilliant example of how gender-bending cosplay is not only incredibly creative, but also a great way to reimagine a classic character. I feel like more people should be open to cosplaying characters that are of a different gender. The possibilities for innovative cosplay become all the more endless with a mindset like DJ’s and I think he acts as a great example for those who might have been reluctant to try gender-bent cosplay. I remember when Guardians of the Galaxy came out in 2014, I wanted to try and cosplay Peter Quill/Star-Lord. He just seemed like a fun and easy option (I’m a sucker for a long leather jacket too so maybe Neo as well?) but I was always a little reluctant. DJ is out here living his best life and showing us all how it is done with his amazing gender-bent cosplays and he has certainly made me feel a little more comfortable with one day making that Star-Lord cosplay come to fruition.

DJ is also a big cosplayer of Lara Croft and will be releasing a fan trailer to celebrate the 25th anniversary of Tomb Raider this Friday- with himself in the starring role as Lara- so make sure to check it out when it drops tomorrow over on his Twitter account.