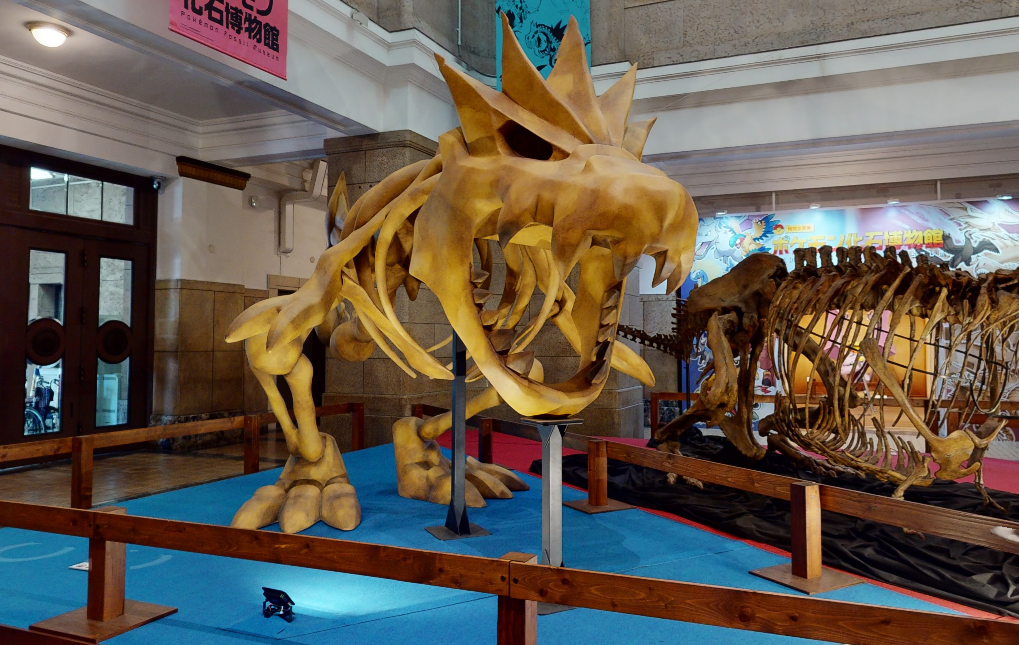 Ever wanted to go on a trip to the Pokémon Fossil Museum, but don’t want to fly all the way to Japan? Thanks to a collaboration between the National Museum of Nature and Science, The Pokémon Company, and Advalay, this has finally been made possible. A brand-new virtual tour of the Pokémon Fossil Museum, which is currently touring Japan, allows anyone to see this educational exhibit that compares real-life fossils to Pokémon fossils that are based on the same animals.

While the text in the exhibits appears to be almost exclusively in Japanese, that doesn’t prevent Pokémon fans across the world from enjoying the wide variety of Pokémon fossils on display next to their real-life inspirations. Dominating the front of the Pokémon Fossil Museum is a huge Tyrantrum skeleton next to a real-life Tarbosaurus skeleton to show the resemblance between the two. It’s a wonderful mixture of fantasy and nature, and helps bring science to life for kids who love the Pokémon franchise and are fascinated by the natural world.

The Pokémon Fossil Museum is currently in the Toyohashi Museum of Natural History but will continue to move around the country until the summer of 2023. The theme is “Paleontology and Pokémon”, with a focus on showing children the similarities between Pokémon and the real world and teaching paleontology in the process. It’s well worth checking out the virtual tour for yourself to see all the impressive Pokémon fossil statues!

For more Pokémon franchise content on Goomba Stomp, check out our review of Pokémon Legends: Arceus, which reviewer Mark Kaliroff called an “unremarkable action role-playing game with an underlying ocean of potential”. You can also read our ranking of all 24 starter Pokémon to find out once and for all which starters you should use on your Pokémon adventures!