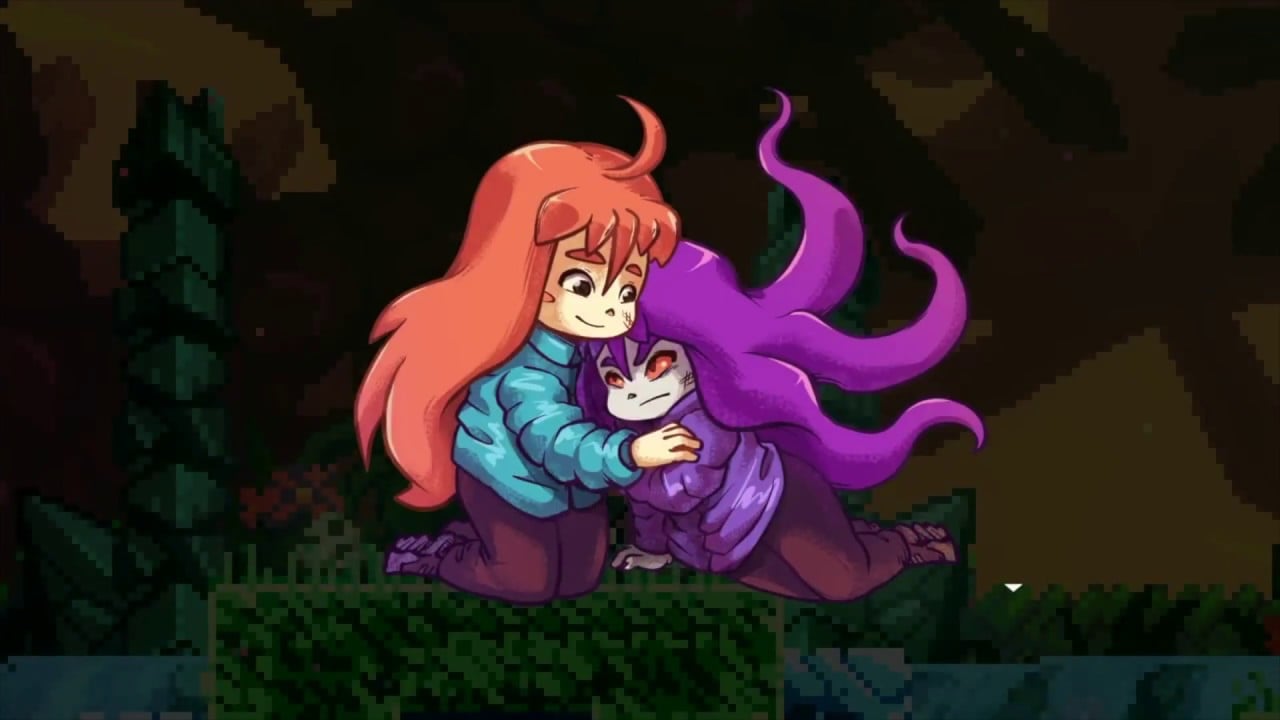 Like with indie filmmaking, the rise of indie game development over the course of the last decade has given voice to a lot of previously unexplored, or underexplored, aspects of life and society. One of those underexplored elements has been the experience of being afflicted with mental illness, a concept that has propelled many of the best games of the last decade.

Notably, one of the best games of 2018, Celeste, saw its protagonist forced to spend the entire metaphorical journey of the game battling her dark side. Ironically, though, Celeste realizes in the final sections of the game that what she sees as her dark side are her very real negative emotions simply seeking a way to express themselves. Like with Pixar’s Inside Out, the surprisingly emotionally mature thesis of the game isn’t that negative emotions are bad, but that we must try to come to terms with them in order to be whole people.

Hellblade: Senua’s Sacrifice opted for a more visceral exploration of mental illness. Afflicted with schizophrenia in a time long before modern psychology and pharmaceuticals, Senua is seen as a cursed person and an outcast. As she struggles to overcome her traumas, Senua undertakes a journey to the Viking underworld, accompanied along the way by intense hallucinations, PTSD flashbacks, and a collection of voices only she can hear. The primary game aspect of her mental illness is related to battles and puzzle-solving, but there is certainly something to be said for the way the audio and visual experience of this affliction is communicated to those who might otherwise never understand it.

Still, other games like Oxenfree and Night in the Woods have gone for a more subtle approach, folding the exploration of mental illness and trauma into a story already in progress, rather than making it the focal point of the experience. By making it simply an element of the story rather than the central focus, these games have allowed for gamers to consider these things without forcing them to deal with them quite so intensely.

All three approaches listed thus far have their strengths and weaknesses in terms of the gameplay experience. It does beg the question, though, of how developers might go even further in the depiction of mental illness in this, our most interactive form of artistic expression?

For example, anxiety disorder is a particularly complex condition that affects a vast percentage of those suffering from mental illness. As a sufferer myself (I have Generalized Anxiety Disorder), I’ve long considered how one might design a game to explore this condition. Perhaps a game that explores the often necessary social interactions, large and small, required to get through the day. The player could be tasked with achieving a certain amount of their goals each day, while a social meter slowly drains based on the extent and comfort levels of each social interaction.

Of course, another aspect of anxiety is the need to withdraw and focus on self-care. This leads some sufferers to go too far in the opposite direction, though. Another meter, one that measures the need for connection, could be introduced here as well. So then, the goal of the game would be to achieve the protagonist’s goals while keeping both meters in a healthy balance. Maybe certain challenge levels or events could force the central character to power through an anxiety attack, where the buttons don’t work properly, or operate with a certain degree of lag?

There are other common forms of mental illness that are ripe for exploration as well. A game focused on depression might see the character forced to tap the X or A button like they would in a life or death QTE from a more common game, but here they would be tapping this button with increasing franticness in an effort to simply compel their character into getting out of bed. Other characters could accomplish tasks with relative ease, while your character would require increasingly intense and complex button press sequences to, say, get through a normal day at work or a family function.

Mood disorders might be communicated by having the player choose dialog paths, another common gaming trope, only for the in-game avatar to inadvertently misspeak, causing increasing distress. A running background conversation might ask the player to decide what someone really means by otherwise innocuous phrases.

Obsessive-Compulsive Disorder would likewise present interesting challenges for game developers. Still, it’s not beyond the notion of conceptualization. A game could be built where the player character is faced with organizing their home and accomplishing life tasks while getting increasingly busier and more stressed out. The time limit for each challenge/stage would remain the same, while the required tasks would be piled on, causing increasing distress for the player.

There are so many untapped wells of experience just waiting to be explored, and communicated, to entire audiences who would gain catharsis from being understood in the gaming medium or insight from experiencing the struggles they know that others are living with. Suicidal ideation, mania, and eating disorders are just some of the many mental illnesses that we haven’t even mentioned here. These are real and vital aspects of how many people live their lives and would offer the untold potential to connect with gamers of all stripes.

Mental illness, troubling as it is, is a fascinating concept to explore in gaming. We’re only beginning to tap the potential of exploring it in this medium, even with the bevy of great titles we’ve gotten on the subject. There are countless ways we can look further into the experience of these afflictions, and as mental health grows increasingly destigmatized in modern society, we can hope that the exploration of these afflictions grows in parity.