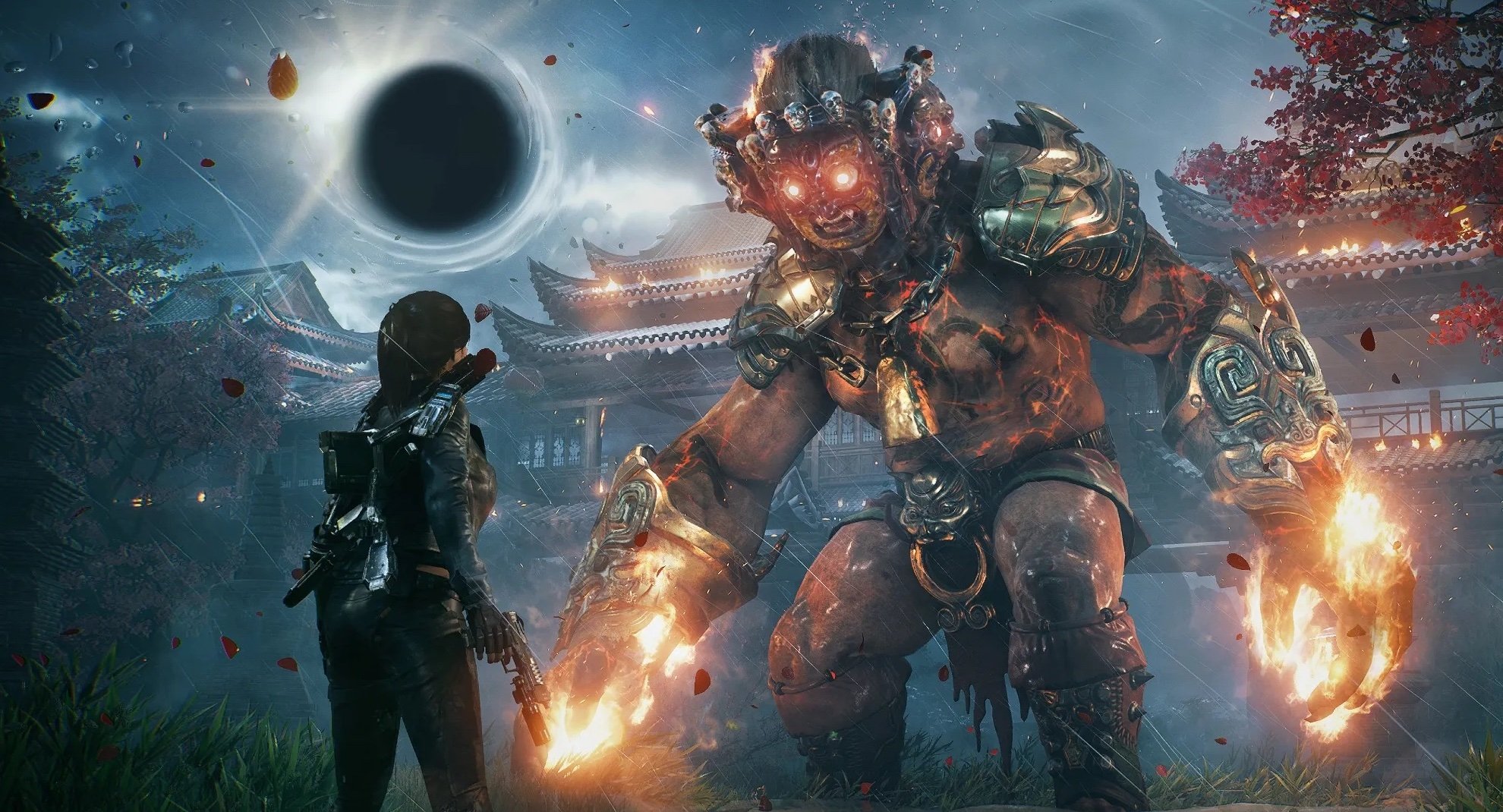 Based on its initial trailers, Bright Memory: Infinite seemed like it could be the next big game of its genre; it’s a first-person shooter with insanely detailed graphics, an engaging combat system involving swordplay, grand setpieces, and exciting supernatural elements blended with futuristic warfare. Zeng “FYQD” Xiancheng’s efforts to create a next-generation first-person shooter as a lone developer is aspiring, but anyone who has played video games for long enough will know that the expression “looks aren’t everything” should always be taken into consideration. Bright Memory: Infinite echoes that sentiment as its occasional eye-candy visuals can never hold its poor technicalities and nonsense story together.

It will only take minutes for players to realize that Bright Memory: Infinite disappointingly fails to live up to many of its expectations. Even in the face of some satisfying gameplay ideas every now and then, the title is as dull and lifeless as any modern first-person shooter can get. Packed with glitches in its big selling point, no replay value in sight, and a lack of a memorable story, Bright Memory: Infinite swiftly seals its place as only being the next of its genre to avoid purchasing–even perhaps at a deep sale price.

For those who have never heard of the title or its developer, Bright Memory: Infinite was intended to be a PC game released in a chapter format by FYQD. However, as development continued, the developer determined that his project should be released as one complete package. While this seemed like a smart move, this is still the type of game where a large team of developers or more time will always be needed to properly execute its ideas. Bright Memory: Infinite is practically calling for a cleanup crew who can fire off on all cylinders to refine its foundation into a perfect package. The promise of the game is on display, but the execution is missing in action.

In Bright Memory: Infinite, players take control of an agent named Shelia who has been sent out to investigate a supernatural blackhole causing disastrous weather conditions. Without press materials and the game’s website, the finer details of the narrative would be impossible to gather from the game itself due to how opaque and uninspired the storytelling is. According to FYQD, the game takes place in the year 2036, and Shelia is part of the Supernatural Science Research Organization [SRO], which specializes in investigating these situations. The blackhole Shelia is supposed to come in contact with is causing two her world to collide with another. As can already be predicted, Shelia never shines as an interesting protagonist, and the explanation behind how the worlds began to form together is never explained.

Earth and the ancient East Asia-inspired realm are never explored in a meaningful manner that allows players to care about what is going on in the story, and neither is Shelia as a character. Bright Memory: Infinite’s plot is practically nonexistent. Even if it relies on its gameplay and visuals, the story should be important since it is constantly in the player’s face. Shelia’s mission and the world should be giving the player motivation and spearhead the approach behind the game’s atmospheric design. For a game that supposedly cares all about its gameplay and visuals, Bright Memory: Infinite has a lot of trouble showing any care for either.

FYQD went out of his way to model some of Bright Memory: Infinite’s setpieces after real-life locations in China such as the Yongji Bridge of Chengyang and the Xinjiang Qianhu Miao Village, yet it’s hard to appreciate these digital recreations when the rest of the atmosphere has a bogged down, gritty and dark coat you would expect to find in any other dry first-person shooter. Bright Memory: Infinite has some impressive visual lighting and detailed textures, but the notable aspects of the environment never feel visually memorable. It is overall no better than anything Activision or Electronic Arts are working on for their mega-franchises.

On top of a bleak and muddy art direction, the animations, script, and voice acting can be downright unbearable and never give the player a chance to appreciate some of the game’s actual moments of beauty. The way Bright Memory: Infinite’s characters move outside of the first-person action looks entirely stilted and uncared for. Whether it’s getting into a vehicle, getting up from a bed, or a simple animation like walking, Shelia’s movements feel as if the developer took no time to refine them in comparison to the graphics. Even worse, the script and voice actors sound as if they phoned in their roles. There is not a single notable line of dialogue or performance that will keep players interested in what they have to say.

Between a narrative that can be forgotten seconds after completing the game and graphics that do not always live up to their promise, Bright Memory: Infinite only manages to save itself by giving players some fun gameplay mechanics to work with. The gunplay of FYQD’s creation is comparable to any other first-person shooter, but the swordplay and exosuit mechanics stand out just enough. Shelia’s arsenal of guns works fine, but the fun of Bright Memory: Infinite comes from the game’s upgradable combat maneuvers. Slicing down enemies with Shelia’s sword and throwing them around in the air with the exosuit’s powers immensely helps the gameplay from going stale. They may not be groundbreaking mechanics, but they certainly provide an ample amount of fun from an otherwise boring experience.

However–and I hate being a complete downer, but it would be impossible not to mention this–those entertaining moments of combat are interrupted by blatant design flaws in Bright Memory: Infinite’s structure. For one, quick-time events that occur during cutscenes feel as if they are not properly timed with the gameplay and can lead to instant deaths. During almost all the quick-time events, I found myself mashing the button in hopes that I would happen to hit the input at the right time. Secondly, and far more importantly, the player is given no reason to actually fight enemies as they can run from point A to B just to reset the area with a cutscene or dialogue exchange. Outside of boss battles, Bright Memory: Infinite can fail to provide any challenge as players can bullrush past every obstacle.

FYQD has created a promising foundation for his endeavors in the first-person shooter genre. However, Bright Memory: Infinite ultimately comes off as a tech demo for something that could be grander if its gameplay and graphical fidelity are utilized creatively. While Shelia’s exosuit enhancements do provide captivating gameplay features, the overall gunplay and combat of Bright: Memory Infinite is as generic as its muddled and depressing atmosphere. Sure the game has its beautiful moments, but a highly detailed atmosphere will never make a large enough surface to cover layers of technical problems and pure boredom.