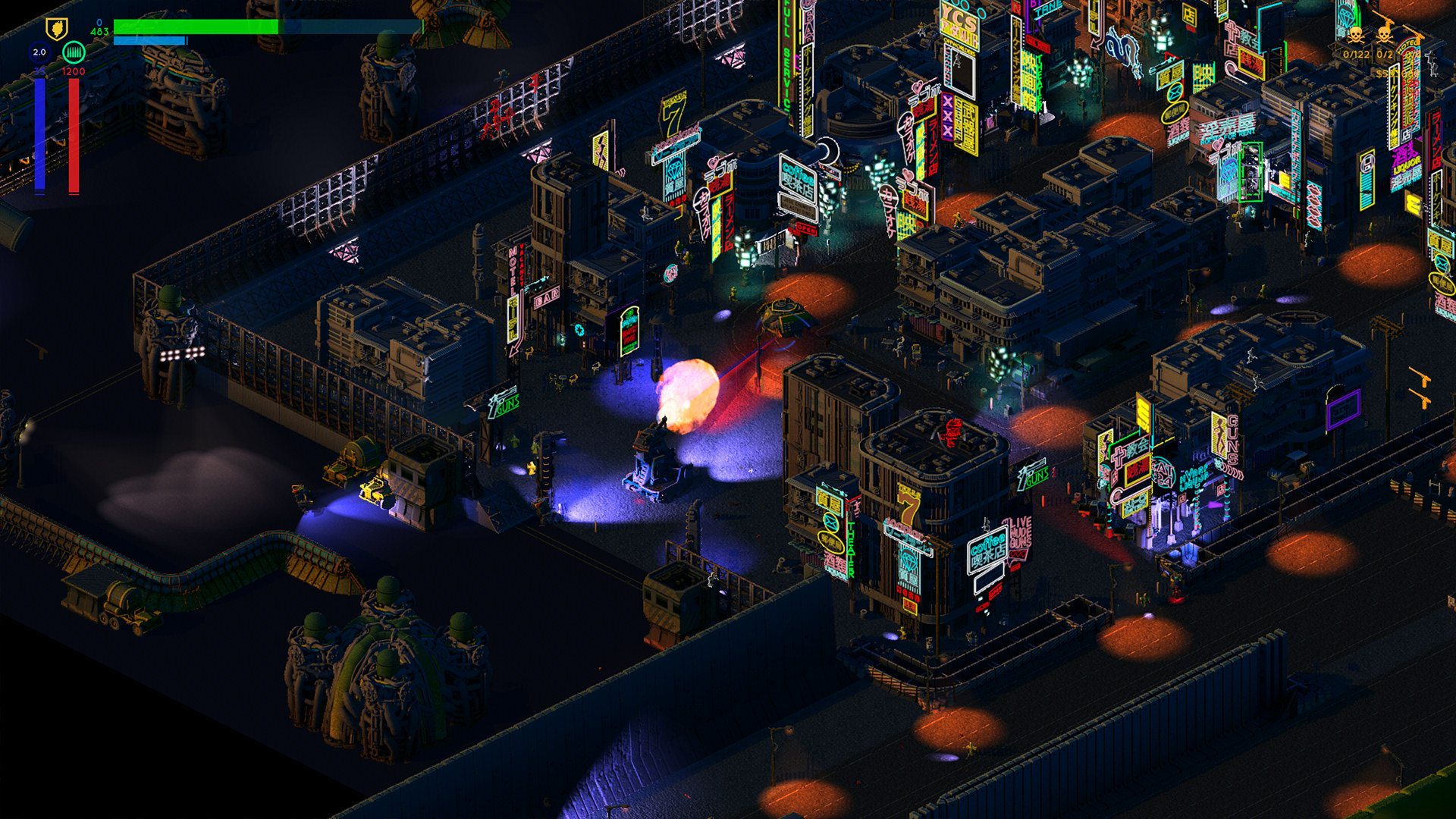 Right from the start, Brigador oozes style and atmosphere. Everything bleeds gritty, low sci-fi atmosphere with cyberpunk undertones, from the overall themes of the story and world, to the art, music, and text. Developers Stellar Jockeys and Gausswerks have crafted an undeniably cool game, which anyone who’d seen the exciting and stylish trailers heralding its release might have guessed, but does the final product live up to the initial promise?

At its core, Brigador sets out to give players the chance to control a surprisingly vast roster of mechs, tanks, and anti-grav vehicles, outfit them with a diverse array of mechanically interesting weapons, and send them out to a colony world to terrorize the remnants of a regime that’s just lost its dictatorial (and aptly named) Great Leader. But circumstances are definitely not quite as cut and dried as they sound. 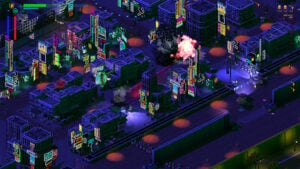 There isn’t much in the way of story in terms of what’s presented up front. Instead, the game opts for something between the Dark Souls drip-feed delivery method and a codex-style backstory presentation. Story is doled out through these parcels, which can be purchased using in-game currency won by successfully completing missions, which allows players to access only as much background content as they want to. If all you want is to pilot a giant robot and blow things up, Brigador doesn’t want to get in your way.

But you’ll probably want it to. The quality of Brigador’s writing is well above many triple-A titles, let alone most indie games, offering up a world that’s far better realized than one would expect. And this isn’t by accident, as the game has a ton of text to dig into for lore hunters, enough to rival games three times its size.

In addition to this, the developers teamed up with writer Brad Buckmaster to write a sci-fi military novel set in the same universe, which also manages to outclass the average game tie-in, even those of major franchises. An audiobook version of the tale can be purchased as DLC from itch.io or Steam in a bundle with the OST, and it’s well worth the money, especially alongside the phenomenal soundtrack by Makeup and Vanity Set, which uses gritty synthwave tunes (think: Mega Drive, Perturbator, Carpenter Brut, et al) to set the pitch-perfect tone for Brigador’s heady mix of atmosphere and action.

Thankfully, that action doesn’t disappoint. Brigador doesn’t strive to be a deep mech sim, but definitely feels like more than a simple twin-stick shooter in both its tactics and minute-to-minute gameplay. Mechs and tank-style vehicles use proper tank controls, with body/locomotion direction being independent from turret direction, while anti-grav vehicles use strafe controls, but the huge array of different chassis choices makes for machines that feel distinct from one another, especially when their hardpoints limit exactly what weapon types can be mounted on them. 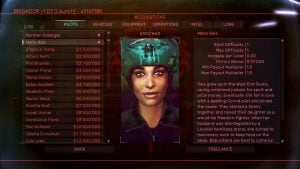 Even with these options, the game is joyously simple, allowing you to quickly grab a chassis, toss some weapons on it, and jump into a game with your chosen pilot. In Freelance mode, your choices will dictate the overall difficulty and length of the your run, where Campaign mode has preset scenarios that can be tackled with your choice of several preset pilot/vehicle combinations. It’s a satisfying loop to jump into Campaign mode, try a mission multiple times with different vehicles to experiment with what the game has to offer, then use your newfound funds to buy new toys for Freelance mode.

Despite the straightforward nature of the setup, however, the gameplay itself is a more nuanced and difficult affair. While far simpler than a more sim-style game, there are still a lot of things to consider, and getting used to handling tank controls and weapons that inherit momentum takes time. This is currently a mouse and keyboard affair; aiming many weapons requires precise depth as well as direction, so a controller would often be too slow to keep up with the action. Most players will probably find themselves up to speed within an hour or so, as the controls on the whole aren’t overly complicated, but that first hour may be frustrating. Death can come quickly and mercilessly in Brigador.

Your average mission will task you with completing a certain specific objective, like eliminating key figures in different areas of the map, and will also offer secondary bonus objectives which reward greater cash at the risk of getting you blown to smithereens before you can make your escape. Maps are populated by different vehicle types (and a few foot soldiers) with varied armaments, and it’s a thrill learning the ins out and outs of the threats they present. Buildings can be used as tactical cover and also as environmental hazards, and since vehicles are capable of crashing through structures by walking, stomping, and ramming, successful pilots are those who learn which structures explode in damaging incendiary displays and which can be used as defensive cover through the level. 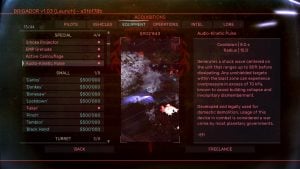 This is necessary information, since enemies have a lot of tactics at their disposal as well. Some will go on suicide runs to shut you down, some will spot you and activate alarm systems that raise barrier walls as they call in reinforcements, and some will drop shells on you from across the map. It’s a varied cast with a lot of personality despite being mostly limited to big hulking vehicles, and going toe to toe with them always feels good. Secondary abilities like bullrushing or stomping add to the tactical options, as do things like smoke projectors, EMP grenades, active camouflage, and the audio-kinetic pulse (which is absolutely as fun as it sounds). Smoke and camouflage are only part of the game’s light stealth mechanics, as weapons and explosions have a noise radius that attracts enemies, and the enemy AI will lose players when line of sight is broken. All these little touches make the combat a deeper experience than it seems at the surface level.

Beyond the initial learning curve, the only real negative is that buying vehicles and pilots directly from the Freelance setup menu would be nicer than having to jump out to the Acquisitions menu every time. There’s little else to complain about. If you’ve ever loved giant robots, had an unfulfilled power fantasy about blowing up buildings with giant mortar shells, or just wanted to wreck a cyberpunk megalopolis to a killer soundtrack, don’t miss out on Brigador. 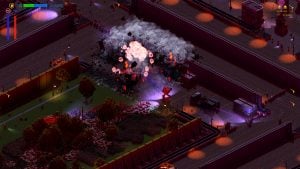