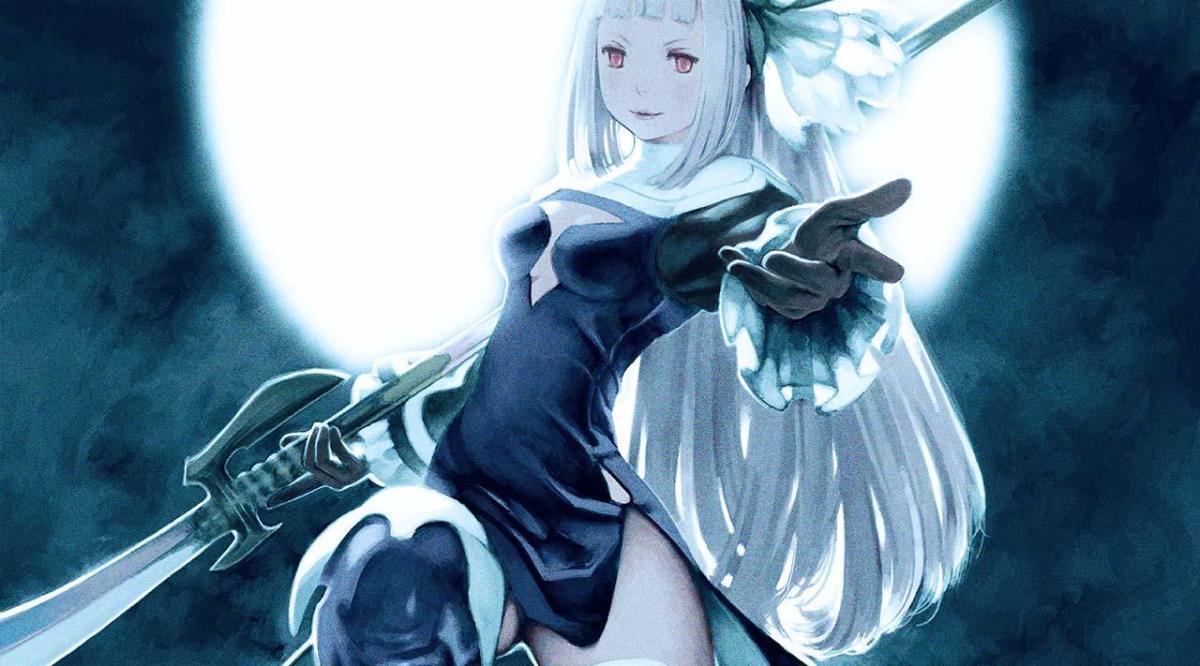 Bravely Second: End Layer commences with its predecessor’s protagonist, Agnès Oblige, being kidnapped by the obtusely evil Kaiser Oblivion. This fuels Yew Geneolgia, leader of the Crystalguard, into rescuing Agnès while simultaneously defeating the invading Glanz Empire. Along the way, Yew meets and recruits both new and familiar characters as he completes his quest filled with betrayal, adventure, and determination. The depth and complexity of a large game like Bravely Second: End Layer, with its many factions and character histories, can be intimidating for new players. Unfortunately, the game’s answer to this is an often predictable and familiar story filled with poorly written dialogue.

For each story element in Bravely Second: End Layer that has an extensive backstory, there exists dialogue that tries too desperately to be relatable. The more subtle of these are jokes that shoehorn character traits. The naively incorruptible Yew is often clueless to the romantic advances of others. Strong swordswoman Edea has a tendency to obsess over sweets, even in tense situations. These are traits that are important to each character’s personality and the game chooses to routinely overexpose them. Often times, though, the jokes can be downright distracting. This is at its worst when characters make obvious references to other media (a blatantly overused Star Wars reference in the prologue feels particularly out of place). Although some of these comedic moments can be amusing at times, and genuinely valuable to character development during others, they often lower the quality of the narrative’s urgent and serious moments. Though many complicated motives and intentions makeup some of the game’s side quests, the fact that the main conflict is centralized on the damsel-in-distress and almost-anonymously-evil-foe templates makes Bravely Second: End Layer feel too similar to a mediocre anime. 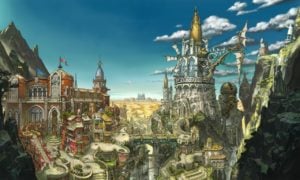 The redeeming factors to Bravely Second: End Layer’s distractive writing are its stunning visual design and captivating gameplay. The character models are standard and minimalistic, with few distinguishing features among major characters and almost none among others. However, wherever these characters interact, an awestriking setting looms in the background. The world of Bravely Second: End Layer is designed as a series of hand-painted surroundings. The level of detail given to these backdrops is consistently surprising. This is most apparent when exploring one of the game’s major cities, such as Yew’s home city of Gothlatio. Navigating these locations typically begins with a glorious still image that encompasses the city until character movement causes the camera to zoom inward, revealing a dynamic city life.

The core aspects of Bravely Second: End Layer’s gameplay are traditional to the RPG formula. Combat is turn-based and triggered through random encounters or scripted fights, characters can equip weapons and armors to boost their stats, and a list of jobs can be assigned to party members in order to give them different abilities that fit varying play styles. Bravely Second: End Layer: End Layer’s ‘Brave’ and ‘Default’ combat options set it apart. Reusing the original game’s system, players can choose to add more moves to their current turn by choosing to ‘Brave’. Alternatively, selecting to ‘Default’ forces party members to take a defensive stance, allowing them to gain additional ‘Brave Points’ that can be used to fulfill other combat options. Juggling between these can result in a devastating series of attacks against a team of tough enemies, or a carefully planned defense that allows most party members to continue their attacks while one casts multiple healing spells in a row. These two mechanics refresh the flow of combat, so that players are not locked into a single, tired strategy. Instead, this system allows players to weigh the risks and benefits of creating additional attack opportunities or stockpiling them for future use. 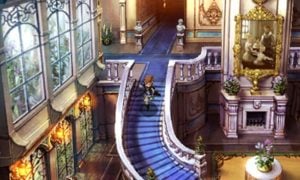 The assignable jobs create even more versatility in combat. Many of Bravely Second: End Layer’s jobs are identical to the standard list of template classes. There are mages who can use destructive spells or healing magic, there are swordsmen that focus on rapid damage output, and thieves who can steal enemy items. Less conventional, yet still fascinating job choices are also present, as seen with the Patissier that feeds enemies desserts in order to inflict status effects and the Guardian that can possess characters to either assist or sabotage them. With 30 jobs and 300 abilities to select from across four party members, there is a high potential to combine jobs that fit all players’ styles. This is more diverse because of the ability to assign secondary abilities from different jobs. Benefits must also be weighed with acquiring these, as many of them can only be earned through defeating characters in side quests that require a choice between two potential jobs. 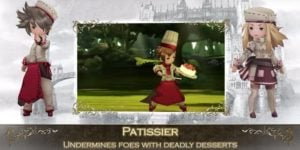 In many ways Bravely Second: End Layer is a conventional RPG that suffers from addressing the genre’s complexity. With dialogue that is awkward and sometimes embarrassing to experience, writing is rarely memorable or impressive. These subpar moments are saved by a beautifully designed world and gameplay that changes the flow and pace of each combat encounter. The visually satisfying art design that makes up most of its world, alone, is worthy of creative praise. With its huge potential to create a unique experience for different types of players, Bravely Second: End Layer is a polished sequel that only suffers from attempting to have an overly accessible and relatable narrative.