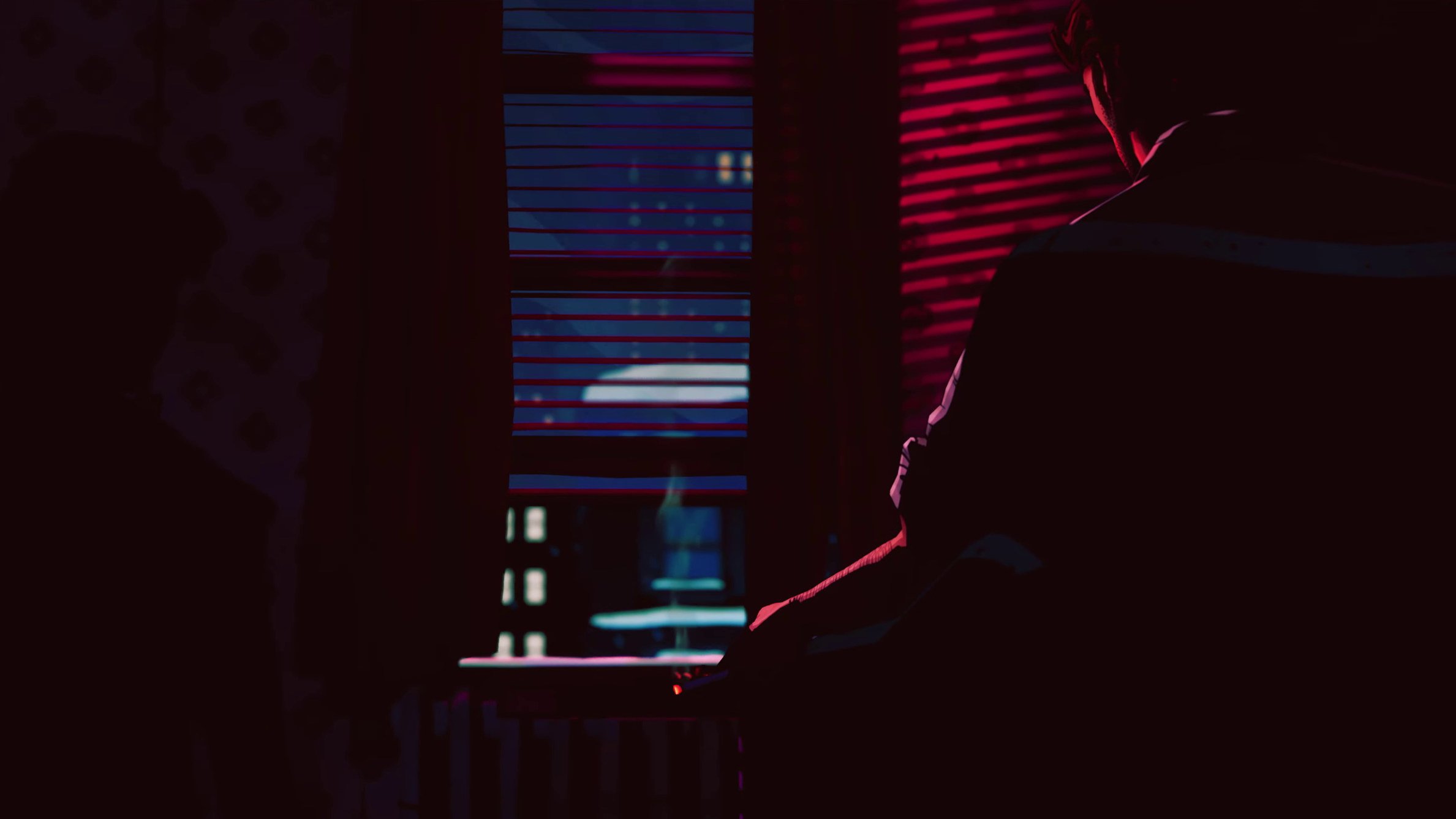 The Game Awards 2019 revealed a fair amount of new and exciting projects as well as offering up awards to some of the best achievements in all aspects of gaming this year. There were certainly some disappointments in the show as well as some great moments. There are plenty of points to delve into so I’m going to be counting down the five best and the five worst moments from the Game Awards 2019.

This incredibly talented orchestra knock it out of the park every year with their performances and 2019 was no different. Their medley of the best game nominees was fantastic, with each entry seamlessly blending together to create one awesomely diverse piece. They also performed some music from the upcoming Ghost of Tsushima which was just sublime. I wish they had been able to perform a medley of the best soundtrack nominations too.

Worst: My own personal disappointment!

Okay so this isn’t really a valid point which is why I’m just mentioning it in case anyone else feels the same. I felt a little disappointed by the show due to certain games that I really wanted a trailer or some new info for. Dragon Age 4 was the main one for me but I was also a little surprised that we didn’t get a fighter announcement for Super Smash or any news on Breath of the Wild 2.

It happens during any live ceremonies but it still makes them hard for me to watch. Here it was mostly Vin Diesel and awkward interviews but thankfully there was nothing too terrible this year.

In the first console announcement at the awards show, the next Xbox was finally unveiled. After being teased under the codename “Project Scarlett”, it was revealed that the successor to the Xbox One will be known as the “Xbox Series X”. It’s pretty simple in design, looking like a black rectangular box. It can be used on its side or vertically, one of multiple cool features surrounding the console. It will also have backwards compatibility, being able to support Xbox One, Xbox 360 and Xbox games. The Xbox Series X will be released during the holiday season 2020, putting it in direct competition with the PlayStation 5.

4. Worst: Games for Impact and Muppets

The Muppet skit from the ceremony was one of the best parts of the show (more on that later) but the category that they choose to associate it with made absolutely no sense to me. The Muppets appeared before the Game for Impact category. This category is meant to celebrate games that provoke thought, highlight important social issues or provide the player with a message. So why would you choose the Muppets to introduce it? Their opening was hilarious but I felt that the combination of this with the Games for Impact category was very odd. Games for Impact is probably the only category that doesn’t work with a skit, so this choice just made no sense whatsoever.

Nintendo legend and ex Nintendo president Reggie Fils-Aime attended the Game Awards this year- as he has done every year since its conception- and presented the award for Fresh Indie Game. He gave a speech highlighting the importance of indie games and their creators, noting that every game that was nominated was created by someone who started off in the indie scene. It is easy to forget that everyone has to start somewhere but Reggie’s speech reiterated the importance of supporting those who represent the future of the gaming industry. He also paid tribute to Satoru Iwata, ex CEO of Nintendo who passed away at age 55. Iwata was an incredible influence on some of the most popular games today such as Pokémon and Super Smash Brothers. He also had a direct contribution to franchises like Earthbound and Kirby. It is brilliant to see that Reggie wants people to remember Iwata’s legacy. He truly is one of the good guys in gaming even when he isn’t in gaming anymore. Reggie’s charisma and natural likeability made this speech good but his earnest commitment to supporting upcoming game developers and his heart felt tribute to Satoru Iwata made it great.

It is understandable that the Game Awards would need advertisements. I have nothing against that. Ads are a necessity for promotional and financial purposes. But the adverts that we got during the Game Awards were repetitive, irritating and damn right cringey. Adverts for Google Stadia were repeated often. In the wake of the criticisms surrounding the platform, it came off as more than a little desperate. Samsung also kept popping up. By the end of the night, I was ready to burn any and all Samsung products I could come across. Like I said, there is nothing wrong with advertising in general as it is a necessity for businesses and companies. However, what I do have a problem with is the way that they chose to advertise these products. Annoying and awkward, the Samsung and Stadia plugs were a bit of a fail.

There were a few surprises at the awards show but some of the sequels that were showcased were some of the better game announcements. A sequel to Hellblade: Senua’s Sacrifice– Hellblade 2: Senua’s Saga– was shown to be coming to the Xbox Series X in a creepy and atmospheric trailer featuring a lot of eerie chanting.  The No More Heroes series of games was also shown to be getting a sequel, No More Heroes III as well as a new Bravely Default game, Bravely Default 2 (though it will technically be the third game in the series). The stand out sequel to me was the announcement-or re announcement-of The Wolf Among Us 2. After Telltale’s collapse in late 2018, the sequel to the critically acclaimed Wolf Among Us game was left in the dark. Now we have confirmation that the sequel is indeed still alive and it has been confirmed that some Telltale veterans are returning to work on it. It is not particularly clear what the situation is with Telltale Games as a studio, but clearly there is some life coming back to the company in some way. The Wolf Among Us 2 was definitely the announcement of the night for me.

One of the weirdest moments of the night for me was the ending. Vin Diesel and Michelle Rodriguez took to the stage to show off a new Fast and Furious game that is coming next year called Fast and Furious Crossroads. The game looked like a PlayStation 2 title in terms of graphics, quality and gameplay. Compare it to the Hellblade 2 trailer which was done entirely in the game engine (I had to look that up to make sure as I was initially certain that it was real), Fast and Furious Crossroads looks laughably bad. There is a certain standard to video games now as the bar is constantly being raised so I’m shocked that this sort of game would even get a proper look in at the awards ceremony, let alone be the game to finish on. There was also a weird Hollywood vibe to it. It felt like the whole thing was more of a Fast and Furious 9 promo (Vin Diesel even threw in a not so subtle reference to a Fast 9 trailer). The whole Fast and Furious element of the show felt weirdly jarring and a tad contrived.

I already briefly mentioned the Muppet skit in the show and whilst I think having it before Game for Impact award undercuts the theme of the category, it was still the funniest part of the awards. I’ve been a big fan of the Muppets for as long as I can remember so this bit was always going to go down well with me but adding the Goose from Untitled Goose Game was a stroke of genius. Dr Bunsen Honeydew and Beaker demonstrate a new VR experience: Untitled Beaker game. We are then shown Beaker in the Untitled Goose Game world, waddling around and being shooed away until he is confronted by the honking menace himself. The Goose then comes into our world in Muppet form, honking incessantly before stealing the results card. I must admit, I laughed out loud a few times in this skit. I would seriously watch a whole show dedicated to Beaker and the Goose. Unfortunately, Untitled Beaker Game isn’t a real thing. If it had been, this moment would have taken the number one spot.

1. Worst: Glossing Over Most Awards

Whilst watching The Game Awards, it became clear that not all of the awards were being treated as important. In the pre-show alone, several award categories were skimmed over as the presenter rattled off the names of the nominees and the winners before moving on. Some of the awards that didn’t even make it to the full show were Best Fighting Game and Best Score/Soundtrack (there wasn’t even a mention of the composers or artists). Other awards were briefly mentioned in the show- such as Best RPG, Best Performance or Best Action/Adventure Game- but only the winners were mentioned so the other nominees didn’t even get a nod. There weren’t even any examples shown like game clips or the acting performances that were nominated.  It felt like certain aspects of games were favoured over others and it was such an insult to those who have worked so hard on some of these titles. It felt very disrespectful to gloss over so many amazing games and it was the worst part of the ceremony.

What I was impressed with during The Game Awards was that there was a lot of new content on display. Whilst I did mention the exciting sequels earlier, a good deal of the announcements where surrounding original games.  The PlayStation 5 confirmed a title in a new Gearbox game called Godfall. A rather vague teaser for a game called Prologue was seen. Not much is known but it is being developed by the team behind Player Unknown Battlegrounds. Sucker Punch Productions released a new trailer for Ghost of Tsushima, a single player PlayStation 4 exclusive. These were just a few of the original game announcements and it is great to see originality being encouraged. The Game of the Year Award winner also demonstrated this. Despite being up against really strong competition such as the Resident Evil 2 remake and Super Smash Brothers Ultimate, the winner was Sekiro: Shadows Die Twice. Again, this is a great achievement for original IP’s in gaming but also for single player games. This encouraging support of original games and single player narratives was one of the best parts of The Game Awards 2019.