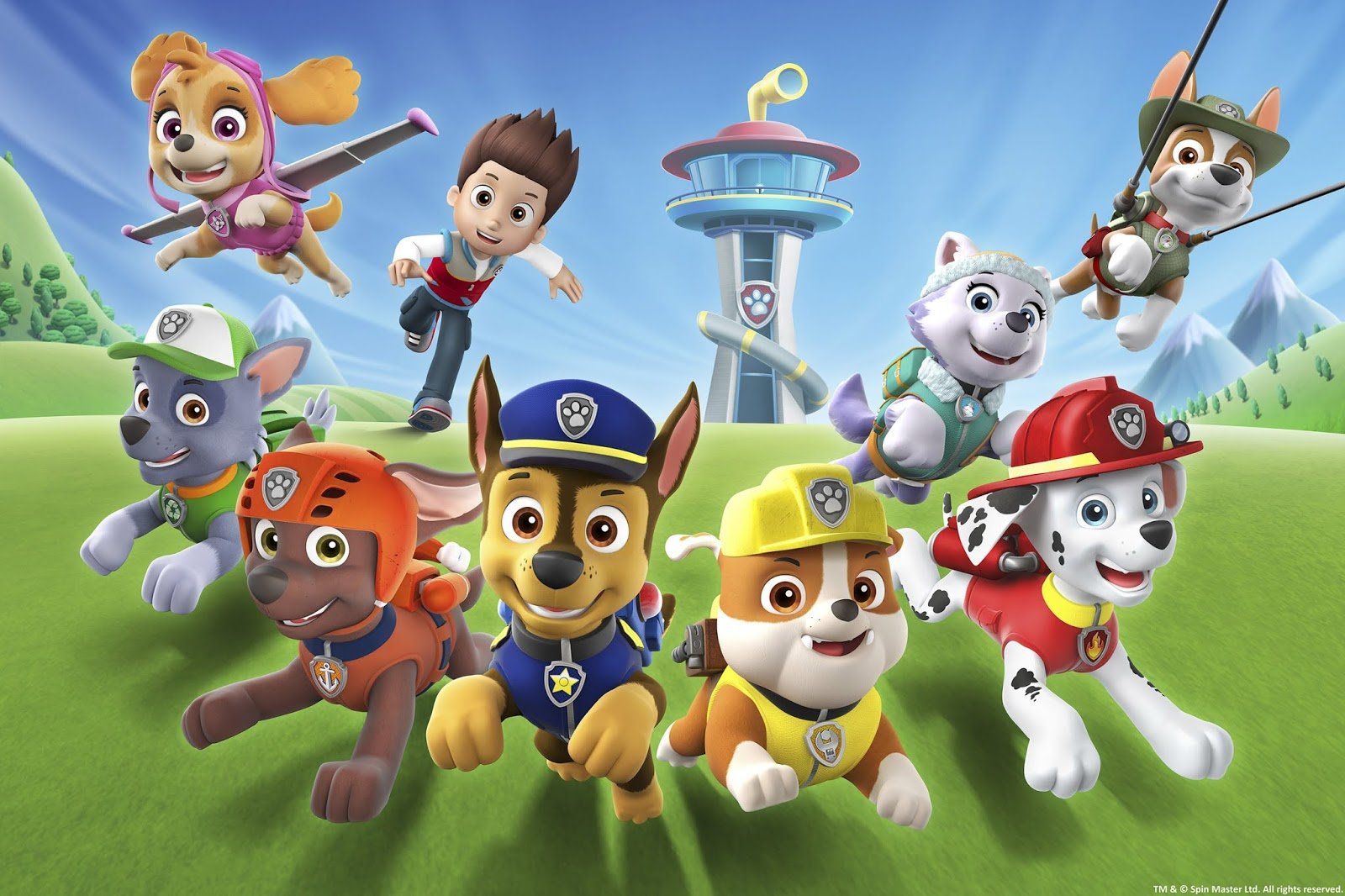 I’ve always been a big fan of the Paw Patrol TV show. I’ve spent countless hours watching the show with my siblings over the years. While transformations, the silly attempts to tie-in as many toys as possible, and the wacky characters are amazing, what is even more spectacular is how much children (and sometimes me!) enjoy a show about pups saving the day. While Paw Patrol is not particularly original and lacks any real ability to maintain a consistent theme or narrative, I think it has earned its keep as one of television’s most impactful children’s shows in recent years and a natural fit for the world of video games.

Enter Paw Patrol: Mighty Pups Save Adventure Bay on Nintendo Switch. A follow-up to 2018’s Paw Patrol on a Roll!, Mighty Pups attempts to tie the Nickelodeon show’s marketable and completely over-the-top superhero special into a cohesive gameplay experience. Unfortunately, for fans of Paw Patrol and those looking for a Switch title that their little ones can play no-questions-asked, Mighty Pups fails to live up to the show’s name, offering a shallow and disappointing experience that only the least picky citizens of Adventure Bay could possibly find enjoyable.

It Begins with a Crash

Paw Patrol: Mighty Pups Save Adventure Bay does not run well on the Nintendo Switch. Like many third party multi-platform titles, it suffers from a low framerate that bogs down the overall experience. The game targets 30 fps, but only manages to maintain it inconsistently. The very first level in the game, which involves Rocky and Rubble cleaning up the beach, struggles to hit 30 fps, settling somewhere in the mid-20s instead. The result is a stomach-churning, lag-ridden experience that feels incredibly sluggish. Later levels, such as Jake’s Mountain, mostly maintain the 30fps target, but still suffer from the same slow feeling as the rest of the game.

That inherent slowness is also apparent in the game’s load times. Loading to the main menu from a 256 GB Samsung EVO Micro SD card took me around eighty seconds. Loading up the first mission from the main menu, after skipping all cutscenes, took me forty-two seconds. While this is most likely due to an unoptimized port (nothing else can explain how this game takes longer to load into a level than The Legend of Zelda: Breath of the Wild), it still makes for a frustrating experience that is sure to aggravate children more than it did me.

What is doubly frustrating, and further evidence of the game’s poor porting is how frequently you will be reloading the same game if you attempt to pause. As of the time of this review going live, the game crashes whenever you press the plus button within a level while docked. It doesn’t matter if it’s in a minigame, or within the game’s main missions, Mighty Pups will crash whenever you attempt to pause the game, something that’s bound to confuse and frustrate children and parents alike.

The game’s visual design works mostly well and, while it helps that Paw Patrol isn’t exactly a visual stunner in its original form, the pups and environments look passable enough for a children’s game. The same goes for resolution. It seems that the game runs at roughly 720p when docked and at roughly 540p when played in handheld mode. While not great, it works well enough for a game that targets children as its main audience.

Audio is an entirely different experience, one where Mighty Pups really suffers. With only a single voice actor (a replacement VA for Ryder), every other character in the game is mute. This unfortunate decision, not changed from Paw Patrol on a Roll!, eliminates one of the show’s most interesting and memorable aspects, the various catchphrases and speech patterns that each character is known for. Ryder’s replacement actor performs well enough in lieu of child actor Joey Nijem, but the lack of any meaningful audio for the pups (even as much as a catchphrase), is sad to see. Mighty Pups’ strange decision to leave out the main Paw Patrol theme song during the Lookout segment of missions also feels like a missed opportunity, robbing what would have been a neat opportunity to create an authentic Paw Patrol experience, complete with the exact mission structure.

The missions themselves are a mess. Sure, you can move your character, jump, and use the X button to fix different problems (depending on the pup) around Adventure Bay (i.e. Rocky can clean up piles of trash, Rubble can clear rocks and Marshall can put out small mini-volcanos), but, other than that, there’s not much to do. Jumping feels laggy, but good enough for a children’s game where tight platforming isn’t required at all.

The real issue behind Mighty Pups is its poor mission structure. Each mission begins with a short summary, just like on the show, of whatever problems need to be solved by Ryder at the Lookout. Then Ryder will dispatch two pups to help fix whatever issue is apparent. This sounds like a promising setup and, given the subtitle of the game, one would likely expect that most of the missions would involve the Mighty Pups using their powers to stop some of their most common enemies (e.g. the Copycat, Ladybird, Mayor Humdinger, Harold Humdinger, or the Super Kitties.) Unfortunately, the Mighty Pup segments are limited to a short series of small minigames that don’t allow for play outside of a small area.

If the main gameplay itself was at all interesting, the lackluster Mighty Pup segments would be less of an issue. Unfortunately, the main missions are ludicrously boring, and usually involve nothing more than making it to the end of the level and collecting as many Pup Treats along the way as you can. Ryder usually tells you exactly what to do (which is understandable in a children’s game), but the game often confronts the player with a variety of inane and boring quick time events that involve snipping weeds or breaking rocks.

The Pup Treats aren’t laid out in any sort of logical order, forcing the player to constantly backtrack if they want to retrieve all of them in a given stage. Doing so unlocks some minigames, like “Pup Pup Boogie” and Jumprope, which will probably delight kids and are alright for a bit of casual play. Two player mode slightly alleviates these issues, but a variety of frustrating camera issues stymie what could be an excellent addition that would allow kids to play with their parents or with each other. Unfortunately, it’s more trouble than it’s worth.

Conclusions: The Price is not Right

What’s most annoying about this game is its price. For $40, there are many, many better options for parents looking to give their kids a good game to play on Switch. Indeed, I would struggle to recommend this game for $5 or $10 on an eShop sale, it’s just that clunky and inconsistent with the show. Other games, such as Yoshi’s Crafted World, provide much more kid-friendly value, not to mention enjoyment, for just a little bit more.

I really wanted to like this game. Paw Patrol is one of my favorite TV shows and a way for me and my younger siblings to bond. I enjoy the made-for-TV movies and I am personally excited for the upcoming movie, which Paramount plans to release next year. Nevertheless, this game is still a disappointment. With the holidays coming up and many families sure to get their first Switch, Paw Patrol Mighty Pups Save Adventure Bay feels like a cash grab meant to make a quick buck. For that, I cannot recommend this title, even for the most avid fans of Ryder and his team of pups.