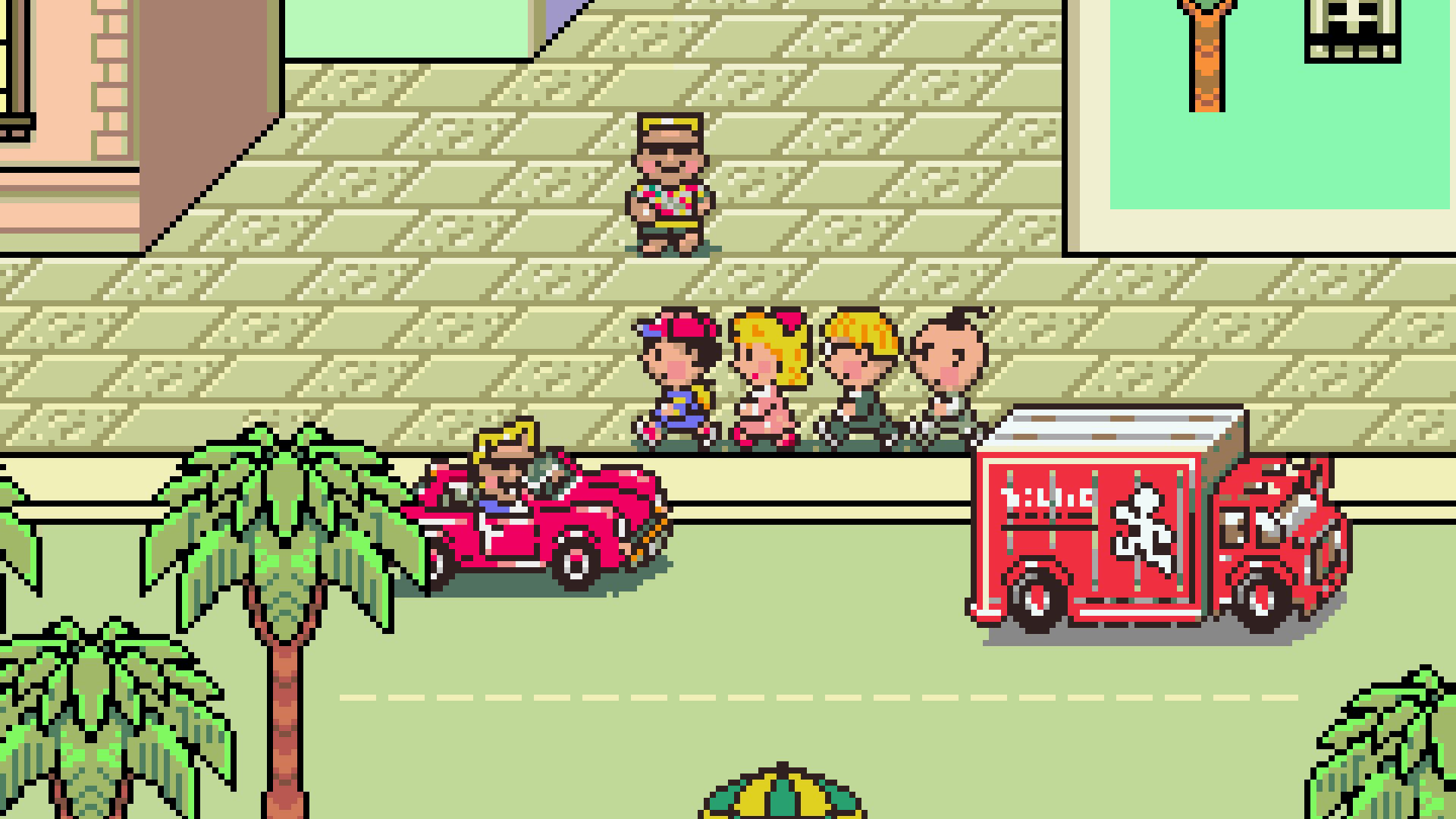 Nearly unrecognized by a company, almost canceled multiple times, saved by an industry icon, a soundtrack present in children’s textbooks, a passionate fanbase, fan translations for the unreleased entries in the west, a Super Smash Bros. presence, and a three-sixty of a legacy. EarthBound– or rather the Mother series in Japan- has by far one of the strangest yet most fascinating histories out of all of Nintendo’s most known series.

EarthBound went on to become a cult classic in Nintendo’s history and one of the most renowned games of the fourth console generation for Super Nintendo Entertainment System. Through its troubled history in both production and early reception, it still has withstood the test of time to go on as one of Nintendo’s underdog franchises created by the mastermind Japanese copywriter, director, game designer, and actor Shigesato Itoi.

What better time to look back on the game’s strikingly different legacies across the globe than on the day of its initial Japanese release 25 years ago today. Despite EarthBound being looked upon as one of the greatest role-playing games today, you would be surprised over how different the game was viewed back in 1994.

After the completion of Mother in 1989- known to players as EarthBound Beginnings outside of Japan today- Shigesato Itoi began working on a direct sequel to the surprise phenomenon for the next generation of Nintendo hardware. Rather than working with the same development team, however, Itoi decided to allow Ape Incorporated to solely work on the project; a decision that would later lead to an unforeseeable disaster spanning over the course of five years.

Itoi was under significant pressure from Nintendo in 1993 due to time constraints and funding for Earthbound falling through on multiple occasions over the last four years. EarthBound escaped cancellation by the skin of its teeth several times throughout development. Out of fear of a final cancellation, Itoi knew he needed help from an outside source who can help save the project. In the last resort ditch, he took a trip to HAL Laboratory seeking out the starman of the industry; a close friend, young breakthrough coder, and President of the company, Satoru Iwata.

Satoru Iwata meticulously analyzed the coding of the game and gave the team at Ape Inc. two options; take what they had and finish development in two years or start from scratch and finish in six months- the ladder was the only plausible option for Itoi to choose. Iwata and his colleagues at HAL mustered up tools that Ape Inc. could use to finish the game in his predicted time frame; to which they did and less than one year later, EarthBound was ready to hit store shelves and became the first entry in the Mother series to make land outside of its home turf.

During its initial release, EarthBound was met with mixed to favorable reception outside of Japan and did not make sales expectations with the higher-ups at Nintendo. Although certainly not a flop, the game was deemed unsuccessful by the publisher everywhere but Japan. Critics in the west often compared the game to several other RPGs released at the time- specifically Square’s acclaimed Final Fantasy III– citing that the game felt dated compared to what the hardware was capable of. Back on its home turf, the game went on to receive a mostly positive reception. EarthBound and Mother 2 were practically two separate entities in the east and west.

Even in its marketing, EarthBound was a whole different kind of weird depending on territory. Nintendo of America gave the franchise its bizarre and infamously known marketing campaign in the United States, however, in its home territory, the Mother series was advertised as a family-friendly game that was for everyone. The line “this game stinks” was heavily used in Nintendo Power Magazine along with several attached repulsive-smelling scratch and sniff cards. Meanwhile, in Japan, phrases such as “for adults, children, and even young women” were often used in live-action advertisements along with friendlier simplistic informational posters such as the one below.

Unlike the majority of other RPGs at the time that focused on the common fantasy and medieval settings, EarthBound took a major curveball and placed itself in a relatable modern American themed country called Eagleland where rather than characters wielding blades or firearms, weapons consist of baseball bats, slingshots, PSI, bottle rockets, and frying pans. Convenience stores and hospitals are used rather than your typical wandering merchants or magic users. Enemies could range to anything from cars, speed limit signs, and clocks, to vomit, tents, and robots. Even a genre staple such as the battle system remains consistently different from any other RPG. The game uses a ‘slot machine’ health and psychic points mechanic where your numbers roll down slowly as you attempt to counterattack, revive, and defend with quick thinking moves before the digits can hit zero.

The contemporary-inspired atmosphere blended with fantasy elements is a setting that no other game has tried to exactly replicate. It is still one of EarthBound’s most unique aspects, however, what makes the game so memorable are the characters placed in the deranged setting. Every single entity you come across on your adventure has unique dialogue that can range from poetically charming to outrageously ridiculous. A fan favorite species that has gone on to become what can be considered the series mascots are the iconic Mr. Saturns; notably for being the face of much of the available merchandise through Itoi’s personal company in Japan, having a unique in-game text font, and appearing as an item in Super Smash Bros. series (starting with Melee on the Nintendo GameCube).

A Change In Legacy

Today EarthBound is a Nintendo cult classic. Did it fail to become part of the big leagues at the time of its release because of the puzzling advertisement campaign? Was it to out of the norm for the general public and mainstream media? We may never know the definitive answer, but today EarthBound is regarded as one of the greatest RPGs of all time and a must-play game for the Super Nintendo. In its 25 years since it first released, it certainly has managed to draw in a captivating legacy that has continually become more loved over time.

The Mother series- whether it will ever receive a new entry or not- lives on through its dedicated fans, spiritual successors, and digital re-releases. No matter where you scatter for EarthBound related content on the internet, you are bound to find some dedicated fans or even entire websites such as the widely known Starmen.net that are packed to the brim with fan content.

If you have never played EarthBound, it is currently available for purchase on the Wii U and 3DS Virtual Consoles and it is also one of the twenty-two pack-in games included on the Super Nintendo Classic Mini console.