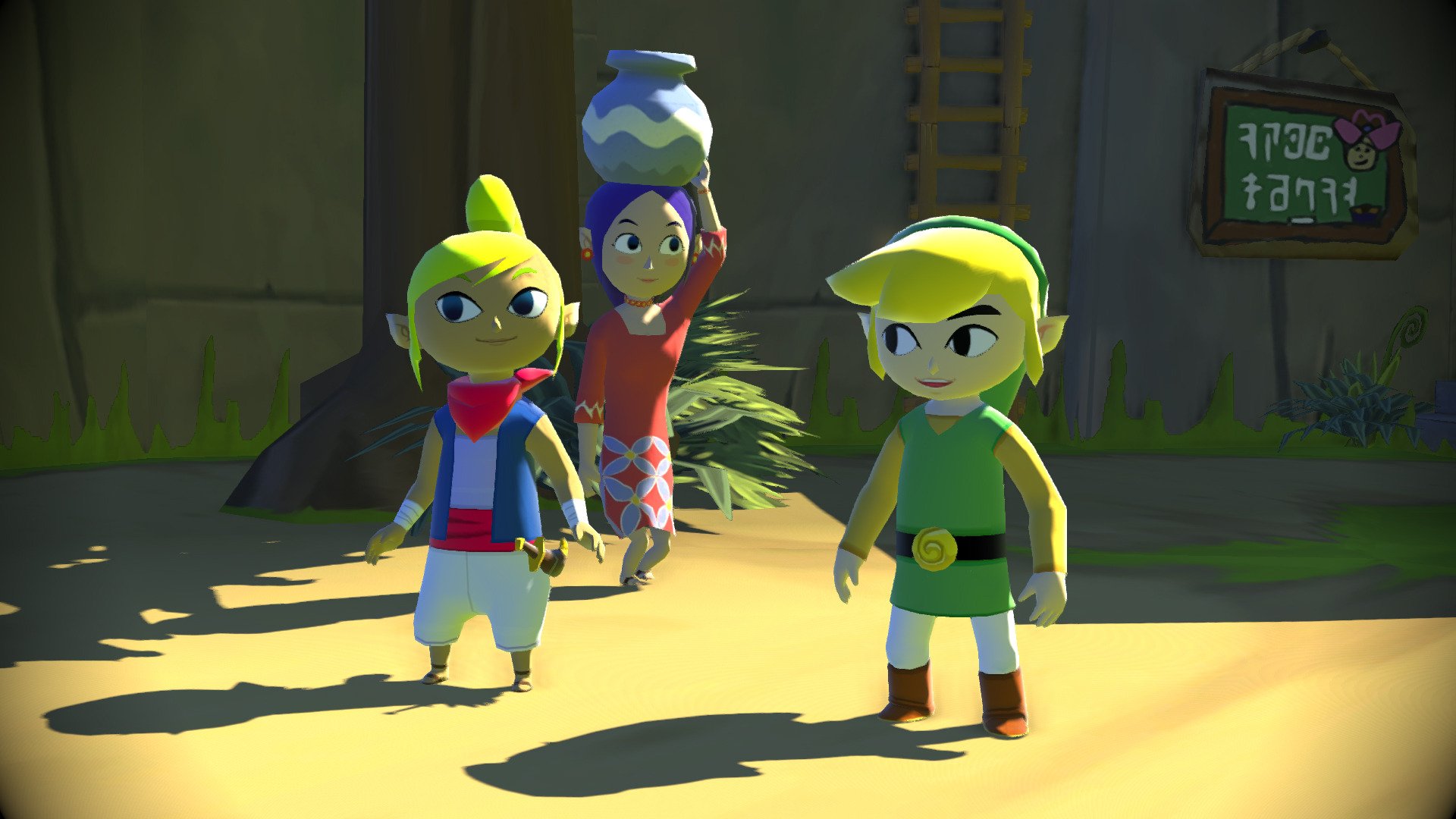 I’d like to take a moment to point something out about the feature you’re about to read. Firstly, I don’t normally use ‘I’, but this is something very near, and dear to my heart as both a gamer and a person. Apologies for using ‘I’, but I couldn’t write this feature without it really. ‘I’s’ aside, this article is basically going to be me arguing the case as to why The Wind Waker, released in 2003 on the Nintendo GameCube, is the greatest Zelda adventure to date, and exactly why I think that.

Nostalgia plays a small role in this love, I can’t lie. We all have that one game; that game that really made us open our eyes to the infinite possibilities that gaming represents to us. These games are normally the ones we defend to death, often ignoring justified criticism to back a product that makes us feel warm inside. I can respect that mindset, because I know full well, like many of you reading this, that I have done the exact same thing at one time in the past when arguing with a friend about games. But as much as it pains me, I know that Wind Waker isn’t perfect (just close to), so I’ll list off the gripes I personally have with it now, as an adult, just for fair argument.

The swordplay is amazingly unintuitive. Every fight with any enemy is far too simplistic, and anything that isn’t a Darknut, mini-boss, or actual boss dies after a few mashes of the B button. Grappling for underwater loot was always a pain, especially later in the game as the radius that actually got you the treasure was so small it hurt, and finally, the Triforks questline was the actual worst. It was too long, involved way too much fetch-questing, and meant you had to spend hours just getting the map rather than doing the quest to a part of the Triforce of Courage.

With those criticisms out of the way, let’s actually talk about why this game is not only a work of art, but one of the best video games ever made. Before even considering the gameplay, due homage must be paid to the art style, and graphics. While beautiful visuals don’t make a bad game good, they can make a great game brilliant. Wind Waker had exactly this advantage because of the sheer quality control at work here, it can afford to be distinctive, and cel-shaded because it’s a Zelda game. In all seriousness, the unique aesthetic that Wind Waker uses is not to be ignored, mainly because it sets itself apart from most other games of that same era.

But moving onto the story, Wind Waker isn’t as flat as some other titles in the long-running Nintendo franchise, and actually, presents a goal that the player can really get behind whilst giving them a reason to care. When I first played it way back in 2004, I didn’t mind about the ‘saving the world’ business until after you save Link’s sister, Aryll, from immediate danger (maybe because I too am an older sibling). But more than that, Ganon is a far more looming threat in this game than in others. Whenever you enter certain areas or watch cut scenes, later on, he’s menacing beyond belief. Wind Waker also touched upon themes that Ocarina of Time looked at previously, with darker undertones gradually edging into the story the more that Ganon worked in the background.

As a youngling though, I just wanted more adventure. The dungeons were by far the most tantalizing parts of the game, and sailing around each of the forty-nine islands to find something to explore was simply thrilling. While you only had to explore the mandatory thirteen islands (with dungeons, or important quest items), the rest were left up to your discretion to explore. This freedom of such a vast place as the Great Sea was liberating. Not only could you go anywhere you wanted, at certain points in the game, you were left to your devices to go explore new places.

Questing through fresh areas was always fun though, because they tested you, and made you think about all these puzzles. I’ll admit, I wasn’t the best at cracking them, and my brother often helped me out when I got annoyed, but it was always worth it to progress. Even going back to Wind Waker now, there are some particularly fiendish puzzles in the Tower of the Gods and the Wind Temple that will always stall me.

But in every dungeon, there was one thing that eclipsed everything else in terms of absolute awe-inspiring reactions: bosses. While Wind Waker only has eight of them, they’re all unique, with their own music, flaws, and terrifying vistas. They’re each burned into my mind whether I like it or not because of the grand nature of the spectacle. My tiny mind couldn’t quite decide whether to be scared of the giant flaming, one-eyed scorpion crab or to be amazed. Even today, Wind Waker’s bosses stand out as some of the best in their genre simply because they’re each designed with attentive care and a passion that you don’t always see in games.

Alongside all those reasons, are the countless technical details, such as the way the game makes you react to certain enemies with a key weapon, and the soundtrack that is so poignant I have it on an actual disc. Wind Waker is, and always will be, the purest Zelda adventure to me, because it thrives as an adventure that is timeless. Even if that game was to be held up in another decade, or on its twentieth birthday in 2023, I believe it could still inspire other people in the same way it has done to me.