Virginia is built as though it were a movie, and maybe it should have been one. Developed by Variable State and published by 505 Games, Virginia is a cinematic walking simulator in which the player steps into the shoes of newly appointed FBI agent Anne Tarver. Set in 1992, Tarver, along with her cantankerous partner Maria Halperin, investigates the disappearance of a boy in a rural town in Virginia. As the investigation persists, the agent’s trust and moral compass are tested. Although the story is rich in symbolism and brings to the table another point of view into this specific kind of thriller, where the game falls short is in what it’s supposed to be: a game. 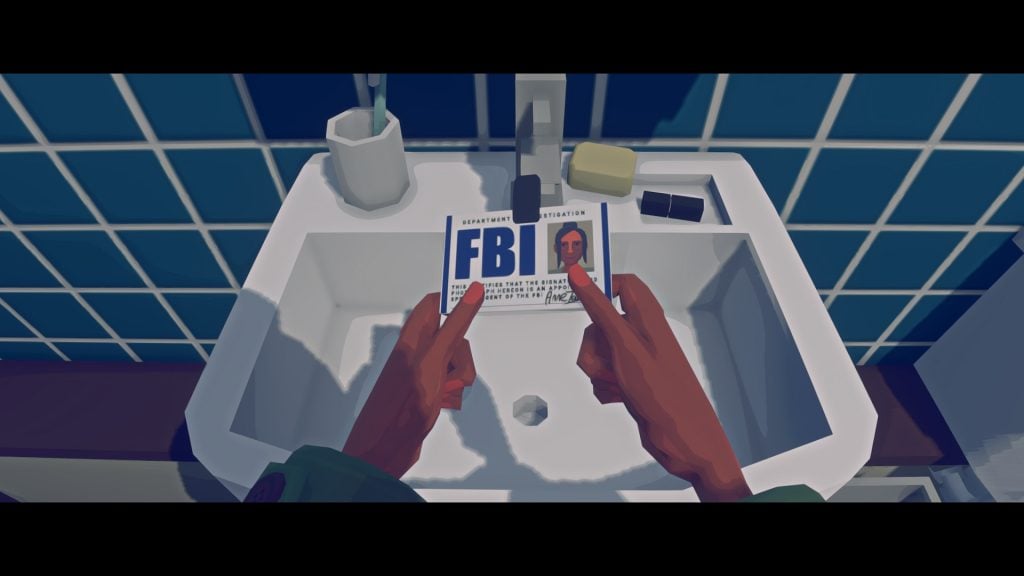 Virginia lacks the joy of discovery through gameplay. It’s built to invoke a cinematic sensibility, with the player getting jump-cut into a new scene or forced camera angle. While playing, one has little control over what is actually happening within the story. Instead, the player is forced to walk through a series of linear events which contain no discovery or agency. The most ‘gameplay’ one might get out of Virginia is clicking an object or two within a scene or walking around unprovoked until the game itself decides to move on. 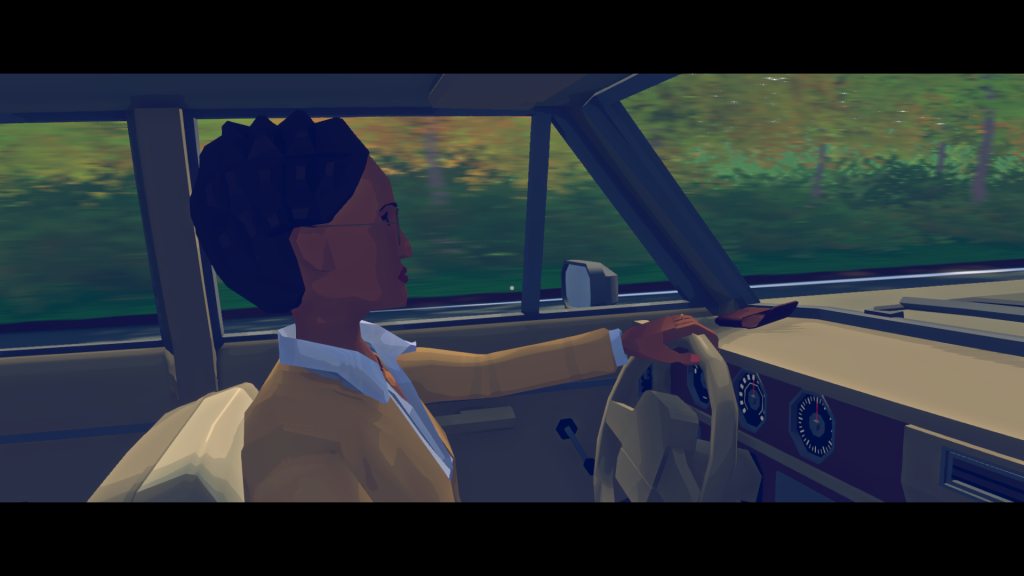 It’s clear that Virginia was inspired by Twin Peaks, The X-Files, and Fargo, but what this game does not have in common with its live-action counterparts is the exploration of character in relation to the events within the story. Virginia has difficulty fleshing out both the characters as well as the story, mainly due to the fact that there’s no dialogue to explore along with the visuals. It’s difficult to identify with the character one is playing because of the lack of agency one has over her. What’s left is the player trying to discern what’s going on based on what the camera is forcing them to look at, and sometimes being left wandering a nearly empty game-space while the camera lingers. The art style is unique, and at some points offers stunning visuals, but where visuals are most needed—investigating the victim’s house, for example—there is nothing to explore, and the environment itself is left without character. 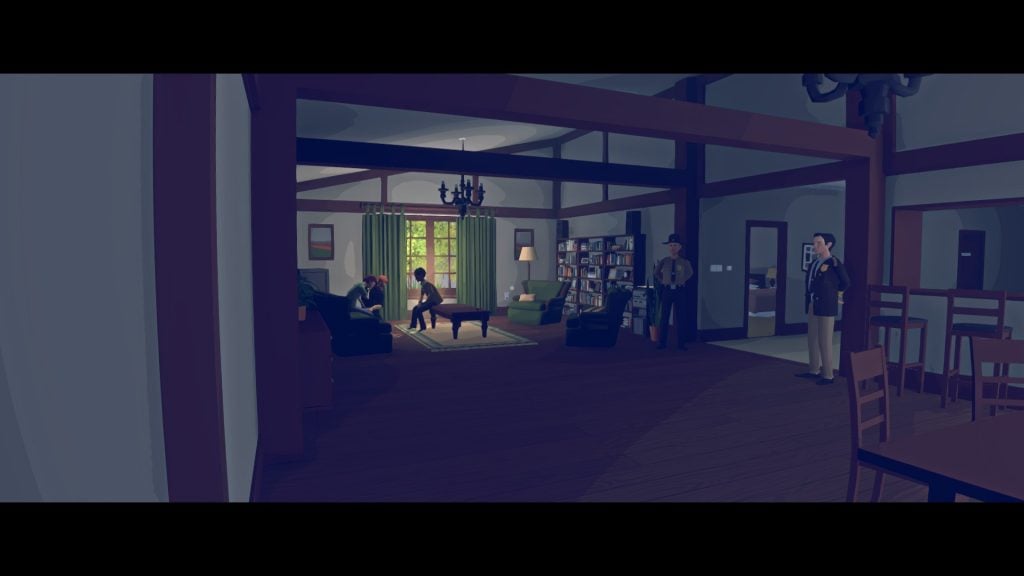 Virginia is everything except game material. It offers an impressive soundtrack, thought-provoking cinematography from a film point of view, as well as a story that would be better served by adapting it into a short film or anthology series where it could bring about the detail the game sorely needs. The final thought on Virginia is that it is a game that does not offer a world worth investigating. The game might be better if viewers know they are about to essentially embark on a two-hour movie, but for anyone expecting gameplay, Virginia is best left alone.