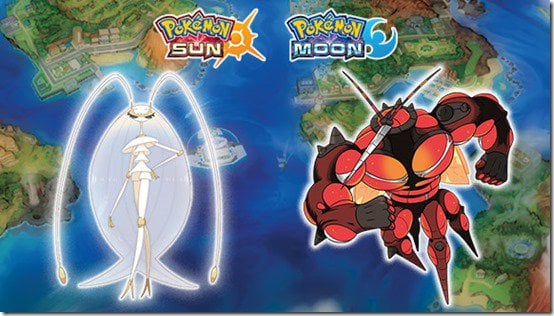 In recent weeks there has been a lot of Pokemon news. New evolutions, new features, and now the most mysterious news of any generation, the Ultra Beasts. It puts an atomic bomb on much of our understanding of the Pokemon World. Originally, it was known that the Pokemon World was made up of Pokemon and humans, and that relationship was broken down in a previous article called ‘The Alolan Theory.’ The question is, do the Ultra Beasts destroy or support the original Alolan Theory?

Much of the problem is not knowing what an Ultra Beast really is. Is it a Pokemon, or is it a human? The latter seems ridiculous at first thought, and probably at second thought. But we already know an Ultra Beast isn’t a Pokemon, that was already revealed when UB-01 was announced. If Ultra Beasts are to fit into the original Pokemon lore that we’ve come to know and love, then that can only mean they’re human.

What makes this even more unnerving is how much UB-01 relates to Lillie in appearance. The description of UB-01 even states that ‘its movements resembles that of a little girl.’ Lillie herself is even described as ‘a mysterious girl who is central to the plot.’ With Ultra Beasts known to be an important part of Pokemon Sun and Moon, there’s a distinct correlation between Lillie and the Ultra Beasts that seems to be forming. 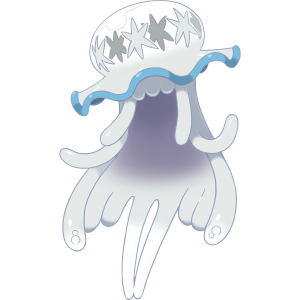 This theory only became more weird with the announcement of UB-02. There will be two forms to UB-02, UB-02 Absorption, and UB-02 Beauty. Lusamine is the Aether Foundation’s president, which are known to be conducting experiments on Ultra Beasts. What is striking is how much UB-02 Beauty resembles Lusamine. With Lusamine clearly at the centre of the mystery of the Ultra Beasts, it only unsettles our original understanding of the Pokemon World. 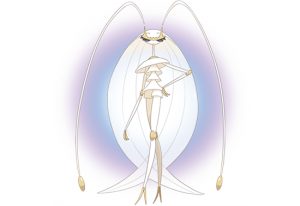 The difficulty arises with UB-02 Absorption. There’s a slight likening to Gladion with its temperament. Currently, there is no information given about Gladion’s involvement with Ultra Beasts, or the Aether Foundation. What is known is he’s a member of Team Skull, known to be the villainous group in the Alola region. Currently, the Aether Foundation appear righteous in their actions, with the known goal to cure hurt Pokemon. However, their relationship with Team Skull is still unknown, and a collaboration cannot be ruled out. 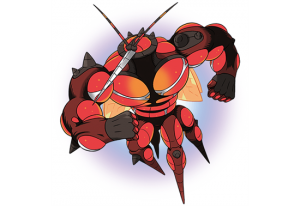 The Alolan Theory reveals that all Pokemon evolved from each other and that the Pokemon World is derived from the Darwinian principle of evolution. It also revealed humans evolved from Pokemon, and therefore might still be Pokemon. Genetics have been a huge part of Pokemon since Generation One, with Mewtwo being created in an experiment from Mew DNA. Many other Pokemon have also been created by humans; including Porygon, Genesect, and Claydol. With humans genetically related to Pokemon, what’s to stop human DNA being used to create another group of creatures entirely?

It’s a crazy thought, but worth entertaining. What we know from previous generations is the villainous organisations believe their vision of the world is righteous and pure, and they will use any method to achieve their goal. The Aether Foundation might appear to have a noble goal, but their diagnosis of the problem might be less than desirable. What we don’t know is Team Skull’s goal. Their name appears to represent death to some degree. Life and death, light and dark, Sun and Moon.

The Aether Foundation are clearly an organisation about life. They want to cure Pokemon when they are sick and injured. Usually, humans are to blame for the detriment of Pokemon, and this can cause resentment from other humans. Maybe the world would be better without humans…or maybe the world would better if humans were Pokemon. Maybe Ultra Beasts are an experiment to turn humans back into Pokemon.

It’s already known that humans were Pokemon at some point, or could still be Pokemon. Therefore, their DNA is just as easily manipulated as a Pokemon’s DNA would be. Eevee shows how temperamental Pokemon DNA can be, so the same could be said for humans in the Pokemon World. UB-01 can be seen as temperamental in its DNA structure, with its ability to change shape. It also suggests it was the first experiment by its code-name, suggesting a ditto-like first attempt.

What makes this theory less believable is the two forms of UB-02. Whilst they’ve been shown a strong correlation to the theory, there’s also the likelihood that the two forms derive from the same creature (They’re both called UB-02 for a reason). For this theory to work, Gladion and Lusamine would have to be the same person, which would be too crazy even for this theory. However, an Ultra Beast comprised of multiple human DNA cannot be ruled out. Type: Null, the Pokemon used by Gladion, is known to have been made using the characteristic of multiple Pokemon. Maybe Ultra Beasts are the same but with humans, but it’s just an assumption until more is revealed.

Currently, Ultra Beasts remain a huge mystery. What has been revealed has only made the mystery more cloudy, and everyone seems to be developing their own theory. November can’t come soon enough, and the excitement around these perplexing creatures keeps building. Let’s hope a UB-03 is on the way to give us a few more answers to our questions.