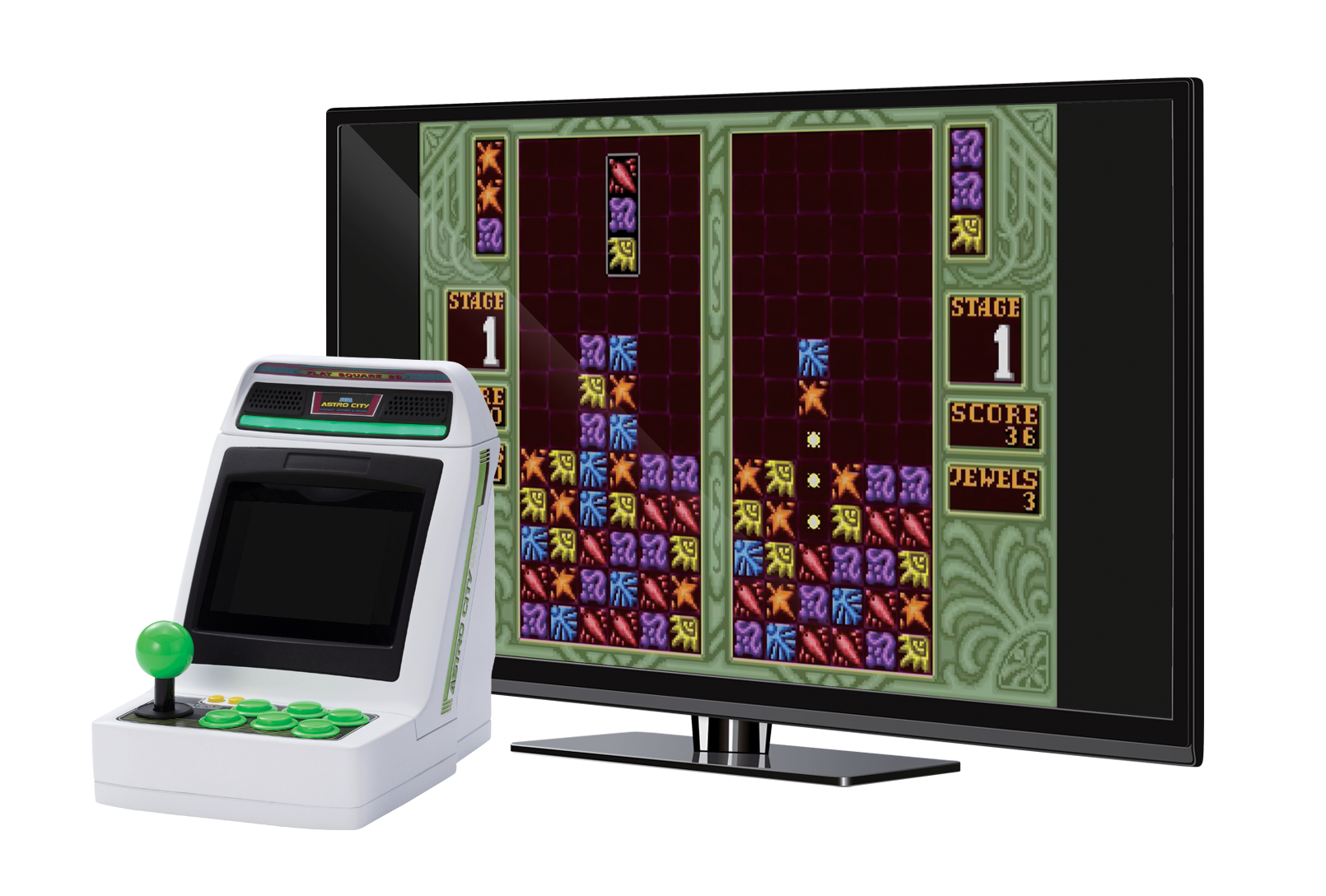 Retro gaming continues to be all the rage as mini versions of classic consoles are all getting the mini treatment. One of the most recent additions to this trend is the SEGA Astro City Mini, a fully functional teeny weeny version of those huge arcade gaming cabinets that were at the height of their popularity in the 1980’s. SEGA’S mini console was originally only coming to Japan but it was recently confirmed to have been getting a release in North America and we now have confirmation that the mini console will also be coming to us over here in the UK. This is actually kind of a surprise, but certainly not an unwelcome one. I think I’m going to have to go and have cup of tea with all of the excitement.

Check out the press release for all the information on SEGA’s Astro City Mini Console- which will have 37 games available (check out the full list of games below)- coming to the UK and the US in the next few months and available for pre order from tomorrow.

In celebration of its 60th anniversary, Sega is offering a miniature version of its famous arcade cabinet: the Sega Astro City. The Astro City – which was a huge success in the 1990s with over 50,000 terminals installed in Japan alone – for the first time offered to the players the famous 3D fighting game, Virtua Fighter!

The Astro City mini console is a 1/6 scale true reproduction of the original console. At the time of its release, the latter was the first one to be build using resin. Like its old sister, the Astro City Mini is also made of resin and has the exact same design including the joystick and the buttons!

With its 4-inch screen, joystick and 6 buttons, you can enjoy a selection of 37 of the most famous Sega games right at the palm of your hand!

The Astro City Mini has 37 classic arcade Sega games pre-installed, including the 720P-HD version of Virtua Fighter. It also includes a fantastic title never publicly released before in the game centers and mainly known by experts: Dottori Kun. This raises the total to 37 games to discover or rediscover!

Whether you’re a fan of retro arcade games, a fan of Sega games or just curious, you can now feel the excitement of great arcade games in the palm of your hand with the Sega Astro City Mini!   Includes 37 classic arcade Sega games pre-installed 4″ screen Joystick and 6 buttons A 1/6 scale true reproduction of the original console.
The console is available for pre-order now at Funstock.co.uk for only £129.99!