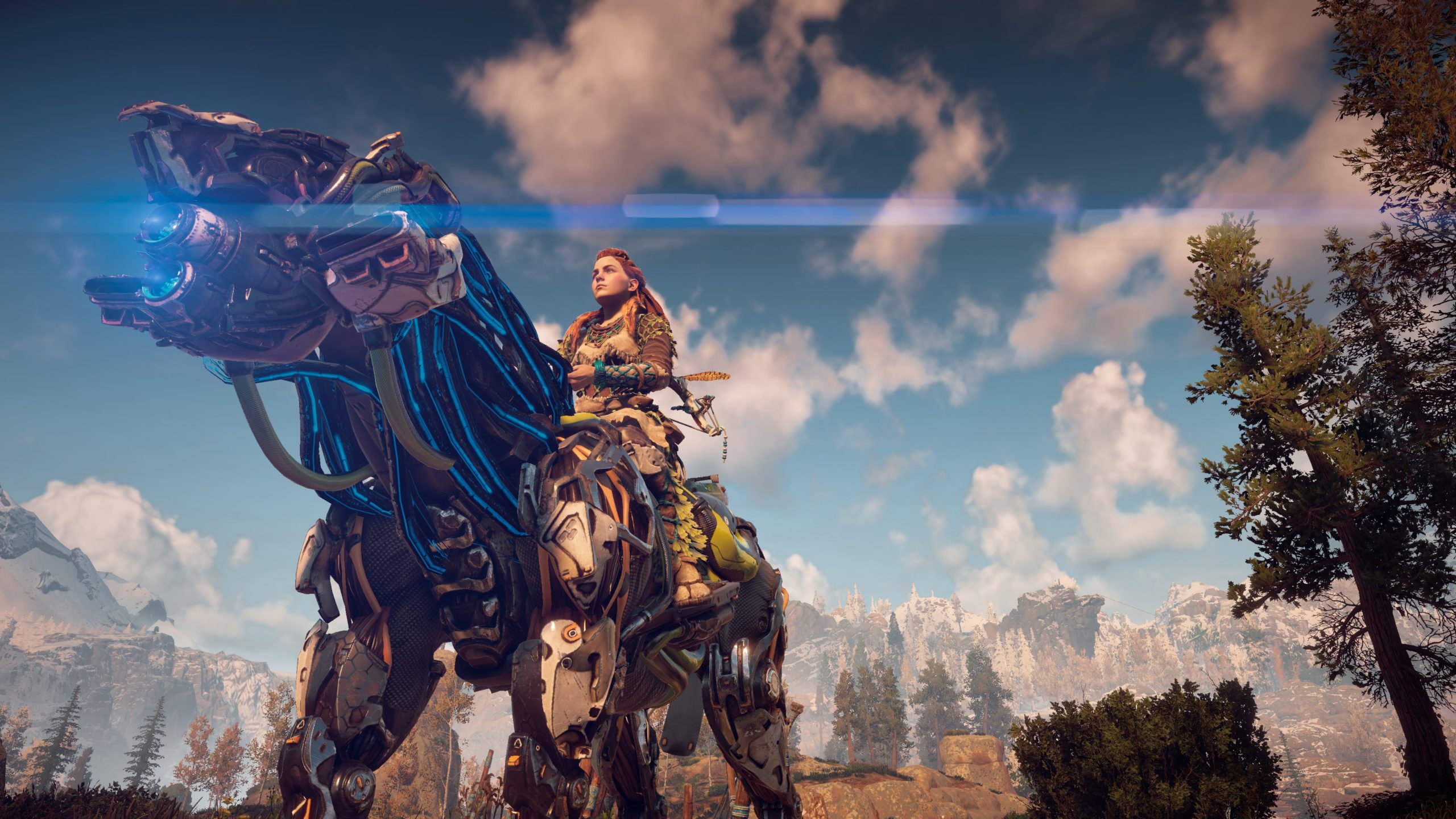 This past winter came with some high-quality releases that gave a strong ending to 2016. Now that we’re full swing into the new year, it’s all anticipation for what’s coming down the 2017 pipeline and Horizon Zero Dawn is at the top of the list. It’s been on the radar for quite some time and even has a spot among the Top 20 Most Anticipated Games of 2016 (despite its 2017 release). The hype is definitely well-deserved, but given that no one wants another No Man’s Sky fiasco, it doesn’t hurt to take an apprehensive approach before going after the pre-order. Let’s preface this with a disclaimer—the concerns discussed below are by no means problems with the actual game. They are hypothetical issues that may or may not be present at the release date next week. It’s a safe bet that very few players, if any, will be disappointed with Horizon Zero Dawn. But in the off chance that Guerrilla Games falls short in some key areas, here’s what they might be.

Time to get the obvious out of the way. It’s no secret that the adventures of Aloy draw several familiar elements from Takkar in Far Cry Primal. But borrowed inspiration isn’t necessarily a weakness. Middle-Earth: Shadow of Mordor is proof of that. It’s basically an Assassin’s Creed game with a Tolkien-inspired universe, and yet it still managed to be an incredible experience in its own right. My biggest concern is that the differences between Aloy and Takkar will be limited to very little other than their genders, respective time periods, and of course, the presence of robot dinosaurs. On the surface, there’s no issue with both of them being tribal warriors thrown into an open world to discover mysteries about their heritage. But with similar gameplay mechanics and the emphasis on resource gathering/weapon crafting, we can only hope that the experience won’t be too reminiscent of its influential counterpart.

Another possible pitfall is one that has ensnared open world RPGs since the genre’s inception: monotonous side missions. Too many players have been subjected to the same “kill this, fetch that” formula that governs every optional quest on the map. Sure, there’s a useful item or weapon upgrade waiting for you upon completion. But even the breathtaking visuals of Horizon Zero Dawn can be dampened by the tedium of repetitive missions. It’s very easy to lose count of the hours spent trudging from location to location simply because of a character that’s under-leveled for the next story quest. Instead, side content should be engaging enough to distract from the primary objective without becoming busywork that serves only to bolster the player’s arsenal. Guerrilla Games has a lot of room to pull this off, although initial impressions suggest that their effectiveness in doing so is generally limited to the main story.

Takkar was the main character of an unsurprisingly lackluster plotline, but this shortcoming presents the perfect opportunity for Horizon Zero Dawn to shine through as its own entity. While there is a lot of potential here, there is always the possibility of overused themes that lead to a predictable conclusion. Unanticipated plot twists are few and far between these days, but it’d be nice to see a few in a game that claims to be as story-driven as this one. The classic origin tale of a curious protagonist set loose upon a world full of mystery can take a number of directions. Hopefully, Aloy will embark on a unique one. It’s definitely a worthwhile premise though, given its futuristic masquerade as the distant past, and it’ll be exciting to see what the writers can come up with in such a spectacular setting.

Guerrilla Games is undoubtedly taking a new approach. The Killzone series had a great run, but this refreshing new direction has built ridiculously high expectations and we’ve got our fingers crossed that the game will live up to them. The inspired gameplay, side content, and story direction are potential zeros for the final product, but they could just as easily be prominent strengths. Were these elements created in a way that will disappoint or impress? Horizon Zero Dawn is one of the most sincerely awaited RPGs this year and gamers everywhere are wondering if it’ll be worth it. When it finally releases next week, I’ll be one of the first in line to find out.