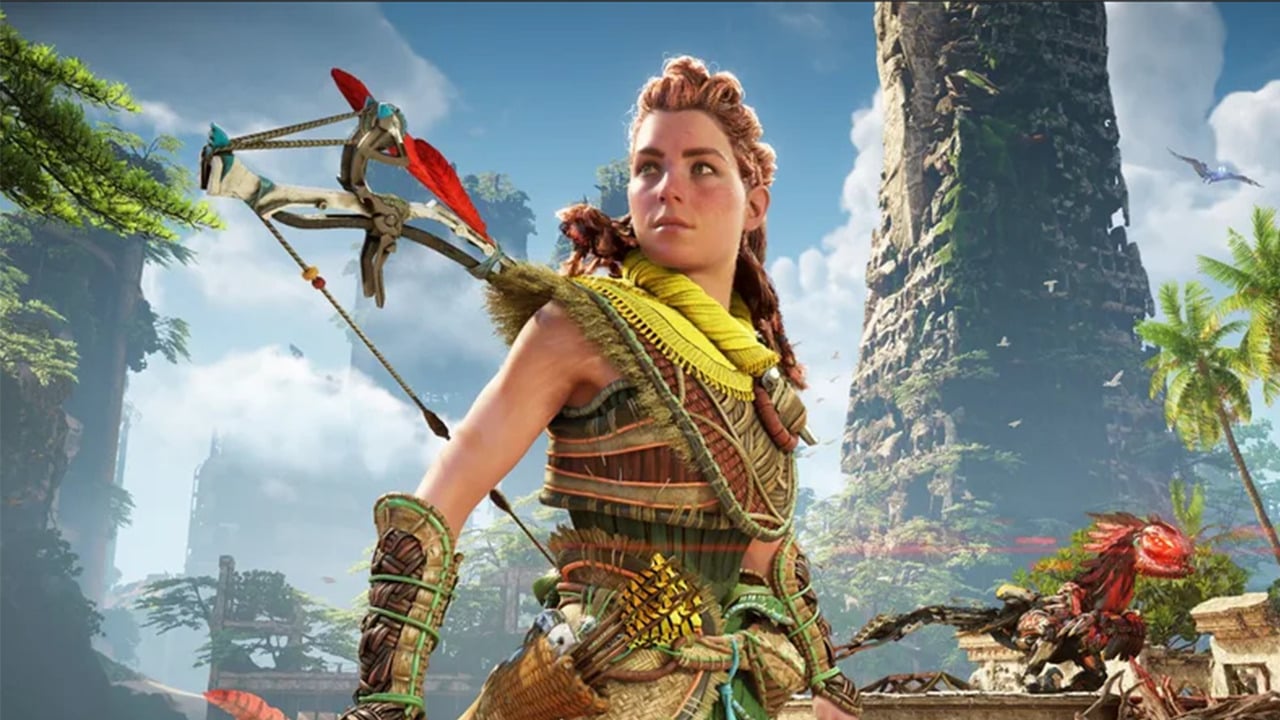 While Horizon Forbidden West’s plot is a high-stakes sci-fi adventure that brings the franchise to new epic heights, the journeys of individual characters often shine the brightest. Protagonist Aloy undergoes one of the game’s most important character arcs throughout the course of the story, slowly casting aside her cold and stubborn attitude left over from her upbringing as an outcast and learning to trust and rely on those around her. This is Aloy’s emotional journey, and it forms the vital emotional core of Horizon Forbidden West that prevents the game from getting too bogged down in far-fetched sci-fi concepts.

The opening hours of Horizon Forbidden West’s story can be genuinely difficult to watch at times. One of the first reveals of the game’s story is that Aloy, directly after the victory against HADES at the Spire at the end of Horizon Zero Dawn, completely abandoned the celebrations to pursue her new mission of finding a GAIA backup to save the world once more. Having not told any of her friends about this lengthy excursion and deciding to take up the task alone, Aloy’s choice understandably leads to some conflict when her friends eventually see her again.

Varl, one of two main companions to the protagonist in the first game, catches up to Aloy personally and joins her pursuit of the GAIA backup. With Aloy initially refusing to let Varl come along at all, she reluctantly gives in to his loyalty to her and hands him a Focus device so he can share in the discoveries made at the Old One’s site the prologue centers around. There is some tension in these opening hours, with Varl asking Aloy questions about what was so important that she felt the need to abandon everyone around her. Aloy’s answers are unconvincing.

Similarly, when Aloy finally returns to Meridian and meets Sun-King Avad and Blameless Marad, the two express grievances over Aloy’s plan to almost immediately leave the city once again having only been back for mere hours. The situation is made even worse by Aloy’s decision to then leave the city under cover of darkness while promising Varl and the others that she would leave alongside them in the morning. In these scenes, Aloy is extremely cold to those around her, believing she is the only one capable of saving the world and wishing for all outside parties to stay away from her and the dangers she faces.

While she has the wellbeing of her friends in mind, Aloy is simultaneously completely ignoring their feelings and the effect that repeatedly abandoning them is having on them. No better example of this is seen when Aloy meets her old friend Erend upon reaching the Carja territory adjacent to the Forbidden West. Erend, far from being happy to see Aloy, immediately frowns at her presence and asks how she could possibly have left everyone behind after the battle at the Spire. These relationships are fixed over time, but the impact of Aloy’s dismissive and determined individualist nature is clear as day.

One of the driving forces behind Aloy’s change of heart during the story of Horizon Forbidden West is the successful resurrection of GAIA, the super-intelligent AI that refounded the world following its total collapse under the Faro plague of the 2060s. This is a major moment for Aloy, finally facing that which she could only ever have dreamed of during the events of Horizon Zero Dawn. GAIA quickly becomes a true friend, providing Aloy not only with the answers to many important questions but also a base of operations for her and her allies to work out of.

It is this base of operations that allows Aloy to grow as a person throughout the rest of the story, as with each completed story mission she returns to the Base and can engage in a remarkable amount of new dialogue options with each and every character who has moved there. Through this, players learn the ins and outs of these supporting characters, what their motivations and fears are, and it complements the story well.

GAIA plays a major role in helping Aloy understand the significance of the threat facing her and the rest of the planet, as the high-tech Zeniths seemingly wish to destroy Earth and rebuild it in their own image. A threat far greater than once that can be defeated alone, the Zeniths repeatedly back Aloy into a corner and force her to rely on her friends for aid and support in these dangerous and unprecedented circumstances. Aloy’s initial fight with Erik, the Zeniths’ strongman armed with an invincibility shield like the others, almost ends extremely badly for her, and such a threat can only eventually be eliminated with the help of shady antihero Sylens’ adapted Old World technologies.

Supporting Aloy’s emotional journey are a number of new additions to the main cast, each bringing their own unique personalities and attributes to the table as the threat of the Zeniths looms. Varl meets Utaru Gravesinger Zo, who quickly becomes his romantic love interest and the two create a close bond. Later on, Tenakth Sky Clan Marshal Kotallo also joins the ever-growing list of allies, granting him a new purpose following the loss of his arm during the embassy ambush and losing respect among his clan in the process. These characters, alongside the ever-curious and shy Quen tribe Diviner Alva, play a vital role in supporting Aloy in her struggles.

Perhaps the single most important addition to the cast, however, is Elisabet Sobeck’s clone Beta who flees the Zeniths and joins Aloy at the Base. Being physically identical to Aloy, albeit much more anxious and introverted, Beta creates an entirely new source of conflict within the team. Aloy becomes frustrated with Beta’s unwillingness to fight and criticizes her anxious demeanor, but over time she grows to truly understand Beta as a person and what makes her different despite the physical resemblance. The two become not only friends but begin to see each other as sisters, giving Aloy a family for the first time since her childhood guardian Rost was killed at the Proving massacre.

A Choice to Enter the Stars

During the game’s final mission, “Singularity”, Aloy is faced with a choice to leave Earth alongside Sylens as he believes the planet is entirely doomed to be destroyed by the new threat named Nemesis. This is the final test of Aloy’s character development and allows her to show her true colors, refusing Sylens’ request as her friends gather around her to celebrate their victory over the Zeniths. Sylens, obsessed with knowledge, approaches the space shuttle with a determined focus in his eyes and scoffs at those who would stay behind and face certain death.

Aloy, however, is not the only character who is faced with a change of heart throughout the story. Upon witnessing an excited and happy Beta embracing her new sister, Sylens re-evaluates his short-term priorities and descends the stairs to greet the group, claiming that he will stay for the time being in order to aid Aloy’s new mission to save the world from Nemesis. During the final act of the story, Sylens had become genuinely impressed with Aloy’s ability to foil his plan to use the Tenakth tribe as sacrificial lambs, instead coming up with a much riskier plan that saves the tribe and achieves the same result that Sylens wanted.

Aloy’s next adventure will be her toughest yet, but she has learned the most valuable lessons of all throughout her journey in Horizon Forbidden West. With her allies by her side and a renewed sense of purpose, now knowing not to push people away but instead embrace friends and keep them close, perhaps the looming threat of Nemesis can be defeated after all. It was a lesson learned the hard way, as the loss of dear friend Varl proved that growth often does not come without loss, but Aloy now has the most supportive and loving band of friends she could ever ask for. Nemesis will try and destroy Earth, but Earth cannot be defeated that easily. Not anymore.