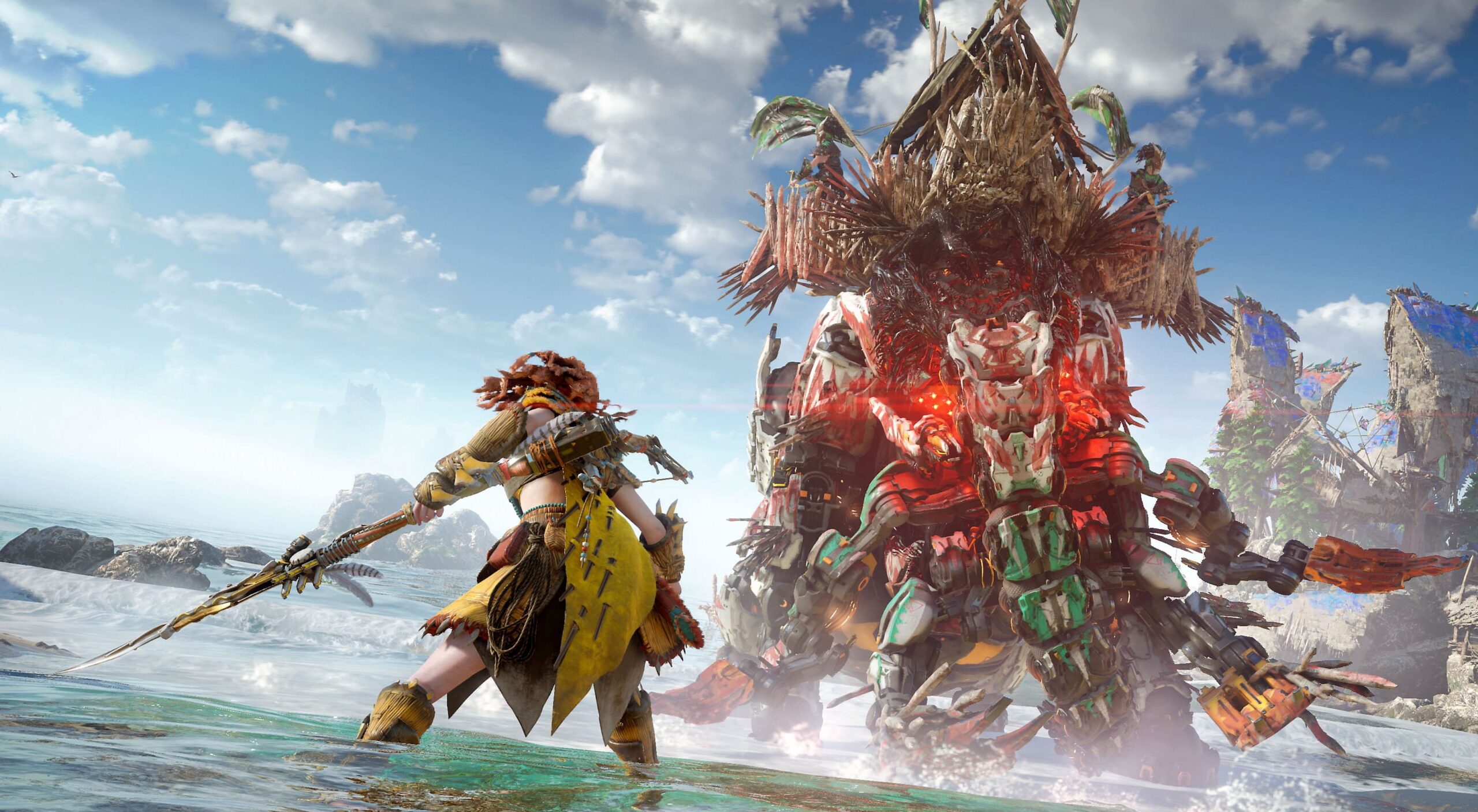 In the world of the Forbidden West, combat is everything. From staring down hordes of rampaging machines to eliminating camps filled with rebel Tenakth soldiers, it is more important than ever to use every available skill in Aloy’s arsenal. Valor Surge skills are special abilities that can only be activated during combat after accumulating enough “valor” through select feats such as striking weaknesses or killing enemies. Using these special skills can often turn the tide of battle in Aloy’s favor. Here are some of the best Valor Surge skills to allow players to overcome any challenge in Horizon Forbidden West.

Melee combat has been vastly improved in Horizon Forbidden West compared to its predecessor, and the Melee Might Valor Surge skill is a testament to exactly how powerful the form of combat can now be. Offering a massive +300% boost to melee damage, unlimited spear energy to devastate your foes, and a guaranteed knockdown on charged melee hits, Melee Might is perfect for attacking tough human targets and any small or medium-sized machine. Knocking down enemies also enables players to perform a critical strike on their foes, dealing huge damage and giving Aloy a distinct advantage in combat. Never underestimate the power of Aloy’s spear!

Applying elemental status effects on machines is the foremost method of gaining an advantage and bringing down larger machines more quickly and efficiently. With the Elemental Fury Valor Surge skill, Aloy gains a devastating +200% boost to elemental build-up and +100% elemental status effect duration, which when combined with Advanced elemental ammo is so powerful that it can bypass elemental resistances on machines. Snapmaws, for example, are usually resistant to Frost damage, but with Elemental Fury the Frost effect can be effortlessly applied to them despite this resistance.

Additionally, Elemental Fury grants the player +40% resistance to elemental damage and an elemental blast effect whenever an element is applied to a machine in combat. This makes group encounters much easier to control, as applying an element to one foe can cause it to spread to those around it for an even more devastating effect. Given that Horizon Forbidden West added three distinct new elemental types to combat, Elemental Fury is the perfect way to test out these new abilities in a wide variety of situations.

Ranged combat is the heart of Horizon Forbidden West’s combat system, so it’s only fair that there are a variety of powerful ranged combat abilities that make Aloy’s arsenal of bows that much more effective. The Ranged Master Valor Surge skill grants +60% damage to a variety of ranged weapons for its duration, as well as 10% health recovered on hit and +40% weapon technique damage. For dangerous fights where Aloy is frequently taking damage and having to heal, Ranged Master ensures that players can stay on the offensive while regaining health to keep the pressure on even the most frightening of foes.

The Ranged Master Valor Surge skill also gives +200% regeneration to weapon stamina and a guaranteed Shock explosion when an enemy is killed during its duration, enabling the more frequent use of powerful weapon stamina skills (such as the excellent Triple Shot skill which was also in Horizon Zero Dawn) as well as greater control over the battlefield by forcing enemies into the Shock elemental state. It has never been easier to utilize every possible advantage from even the most basic of Hunter bows.

Speaking of Hunter skills, the Powershots Valor Surge ability takes Aloy’s bow skills to even greater (and more precise) heights, granting an enormous +200% damage to the next five ranged attacks with each attack returning 25% of the Concentration Meter. This is the perfect skill for extreme accuracy, such as striking weaknesses with Advanced Hunter Arrows to tear components or throwing Advanced Explosive Spikes to deal heavy damage to enemy armor. The Powershots skill also immediately refills the selected ammo type before use, and does not cost ammo, allowing Aloy to fight back against machines even when resources are scarce!

Players seeking greater defense against overwhelming machine foes will find much utility in the Overshield Valor Surge skill, which instantly grants a damage-protective shield with a base health of 400 and the ability to deflect 20% of incoming melee damage back at the attacker. Upon depletion, not only does the Overshield generate a Shock explosion that can stun nearby enemies, but it is also capable of recharging if the player still has Valor at their disposal. Ideal for any situation in which the enemy has gained the upper hand, Overshield ensures that Aloy can stand up and get back in the fight!

Sometimes the stealthy approach can be equally as deadly as taking on foes directly, and the Stealth Stalker Valor Surge skill allows Aloy to become the ultimate predator hiding in the bushes waiting for her prey to emerge. Enabling what is referred to as “Very High Visibility Reduction”, Stealth Stalker ensures that players will never be spotted when tracking enemies through the dense jungles and snowy peaks of the Forbidden West. Additionally, Stealth Stalker provides +200% damage against unaware enemies and Valor on stealth kills, prolonging the effect of the Valor Surge skill with each successful stealth strike. Even the largest hordes of machines become easy targets when Aloy’s stealth capabilities are greater than ever before!