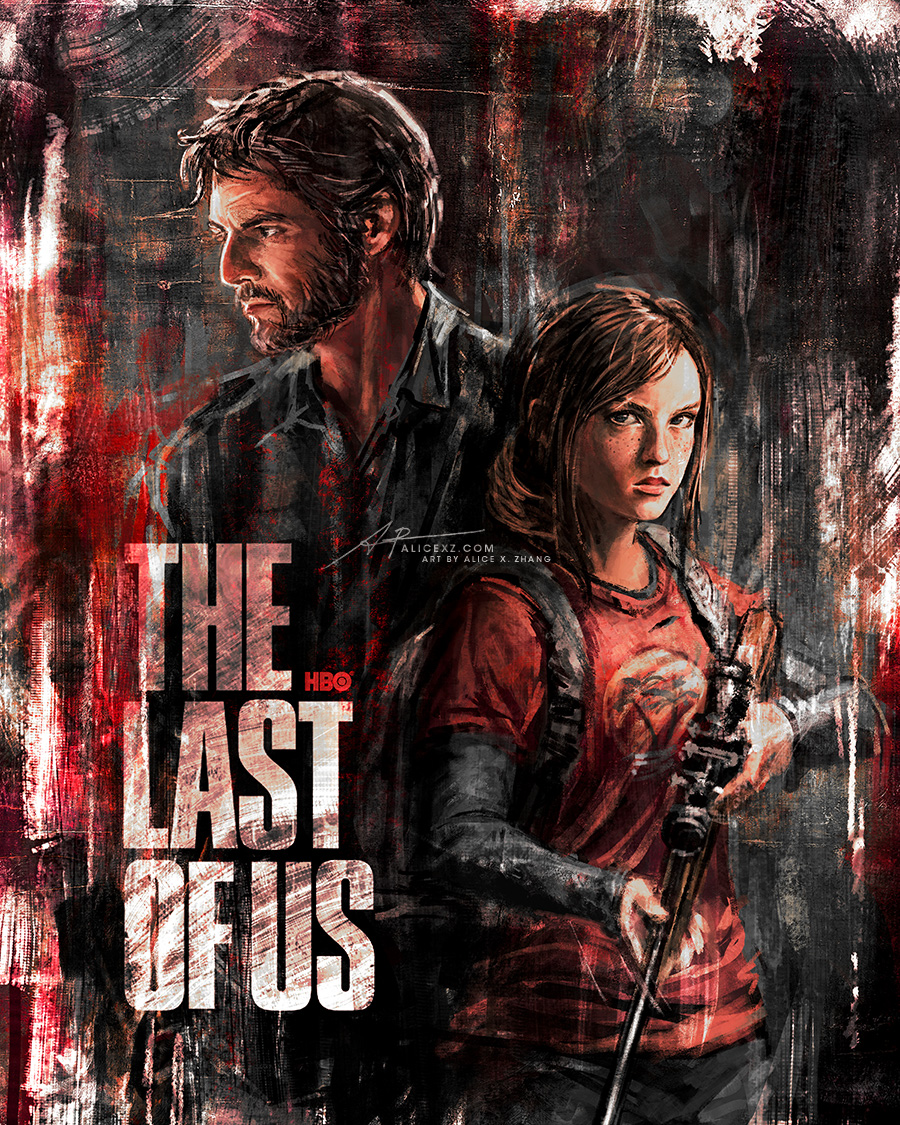 One of my favourite artists -who I have been following for a very long time-, is a designer and illustrator by the name of Alice X. Zhang. She first caught my attention many years ago- maybe even ten years or more- with her incredible art based on various films, television shows and video games such as Doctor Who, Star Wars, The Last of Us and more. She has since grown exponentially as an artist, working with the likes of Marvel and Naughty Dog to create official illustrations for the characters she once drew fan art of. So proud of you, Alice! One of her recent works that she tweeted out on her social media caught a lot of attention so let’s take a look.

I recently discussed the casting announcements for the The Last of Us HBO series- with Pedro Pascal and Bella Ramsey taking on the roles of Joel and Ellie- and Zhang has created some realistic illustrations depicting what the actors could look like as the two characters. The result is not only a hugely impressive illustration but also just generally reassuring as the art shows that both Pascal and Ramsey fit right in with the look and style of the characters, at least in the way that Zhang has drawn them. If they end up looking even close to how Zhang has portrayed them, I don’t think naysayers of the casting choice will have a leg to stand on. The Tweet caught the attention of both Neil Druckmann and Craig Mazin- who are working on the show (Druckmann of course wrote both games too)- so maybe Zhang could actually get a chance to work with the design team? She has already worked on the official game series with her promotional art for The Last of Us: Part II after all. Come on, HBO. Just hire her please.