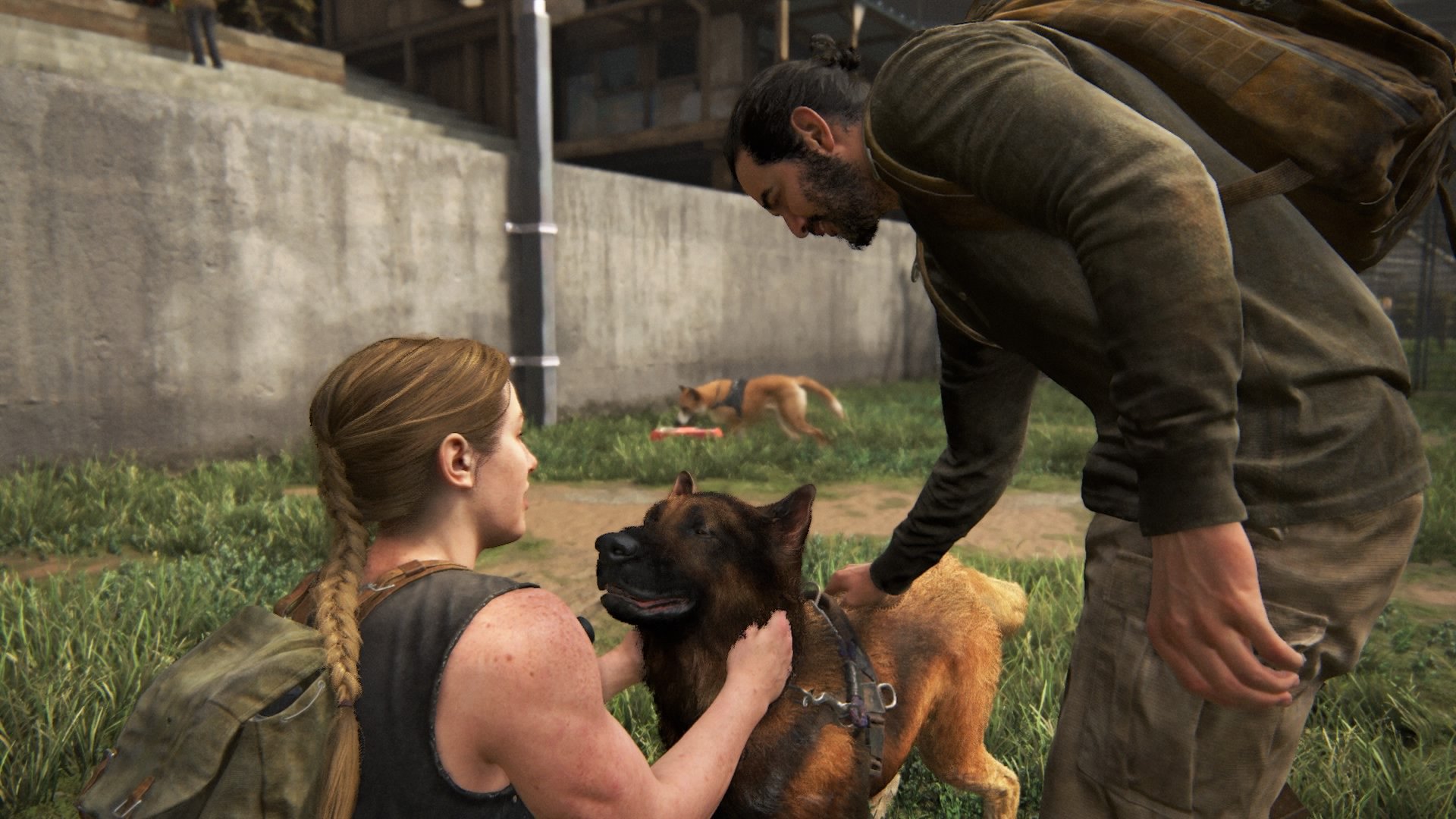 The Last of Us Part II is filled with a litany of gut punches. From the brutal death of Joel early on, to the countless sudden and nasty murders that occur throughout the remainder of the game. However, the one that stuck out the most was not a moment of raw, brutal vengeance or retribution but one set amid the calm, relaxed enjoyment of life.

When The Last of Us Part II abruptly switches the player’s perspective from Ellie to Abby, the entire narrative of the game is upended in one fell swoop. As we already identified with Ellie and Joel from the first game, we naturally found ourselves aligned with Ellie’s quest for revenge and readily supported her in tracking down and killing the woman who took away her surrogate father.

When we were suddenly placed into Abby’s shoes, though, our feeling of justice and our sense of right and wrong were suddenly greyed out. Seeing Abby in her normal element allows us to see her as a person, not a villain. Out of the blue we see her simply walking around the stadium that the WLF calls home, talking and joking with dozens of people along the way.

The most chilling element of this decidedly calm scenario, though, is the knowledge we, as the player, already have of the events to come. Having already murdered most of Abby’s friends by this point in The Last of Us Part II, we see the acts of violence that we’ve participated in throughout the game in an entirely new light. Perhaps most gut-wrenching of all is seeing the dogs we’ve been killing in one encounter after another running around, chasing tennis balls and playing together.

The cycle of violence is a central theme of The Last of Us Part II and, since Neil Druckmann himself said that the theme of the game is hate, this chapter is really the lynchpin on which the careful plotting of the game is balanced. The only way this story can work is if we see it from both sides, how both Ellie and Abby have been corrupted by their hatred and anger and how unhappy and empty they feel after having gotten the violence they thought would bring them peace.

By humanizing Abby to us, we see her not as Joel’s vicious, sadistic murderer, but as someone who was so hurt and destroyed by what Joel did to her father that trekking across the country to murder someone seemed like the best option to her. Even more tragically, her friends, the ones who helped her get there, now see her in a different light, showing us that, in a way, she lost them even before Ellie murdered them.

The thesis of The Last of Us Part II is echoed in real life conflicts like the IRA bombings and the Israeli-Palestinian conflict, battles of ideologies where the other side is demonized to justify the acts of violence committed by whichever side the soldier or activist is attached to. The sad truth that the only real way to heal is to do nothing can ring hollow for those who have been so deeply affected and devastated by conflicts like these.

As Mark Twain once said: Anger is an acid that can do more harm to the vessel in which it is stored than to anything on which it is poured. By the end of The Last of Us Part II we see this truth for ourselves in Ellie and Abby’s scarred, bloody, emaciated bodies. However, that devastating conclusion is only possible because of moments like this, moments that force us to see villains as people and enemies as human beings.