Look up any list of the greatest strategy games on PC and without a doubt, the name Jagged Alliance will show up somewhere. Whether it be the 1995 DOS original or the much better known 1999 sequel, these two are some of the greatest squad-level strategy games ever released, and so well loved that they still have their fans today. So why isn’t Jagged Alliance a household name like XCom or Might and Magic? Why don’t we hear about Sirtech like we do Firaxis or Hairbrained Schemes? And why do fans of the series moan with anguish whenever a new game is announced?

In 1979 Sirotech released their first piece of software, Info Tree which was a database management software. It did well enough, but like many other dev teams of the time, Sirotech saw where the money was going: video games. Only a few months later they released Galactic Attack which received high praise, but their big breakthrough would come one year, and a re-branding as Sir-Tech with their next title Wizardry: Proving Grounds of the Mad Overlord. Wizardry was a smash hit, outselling Ultima and becoming the most played game on the Apple II. Sir-tech would continue releasing Wizardry titles, as well as some assorted other games, but by 1995 they needed something new and more modern.

It can’t be overstated how good of a strategy game Jagged Alliance 2 is, and its influence, both direct and indirect, is still being felt today.

Jagged Alliance is about as far from the Dungeons and Dragons of Wizardry as you can imagine. Rather than creating a party of adventurers, you’re hiring mercenaries, and rather than fighting for glory you’re killing to pay the rent. Gameplay was also a departure, placing a heavy emphasis on the equipment of your units and their positioning on the map, much more war-gaming than pen-and-paper. Regardless, the change worked in Sir-Tech’s favour and Jagged Alliance became another massive hit, earning critical accolades along the way and being named 1995 Strategy Game of the Year along with Heroes of Might and Magic. 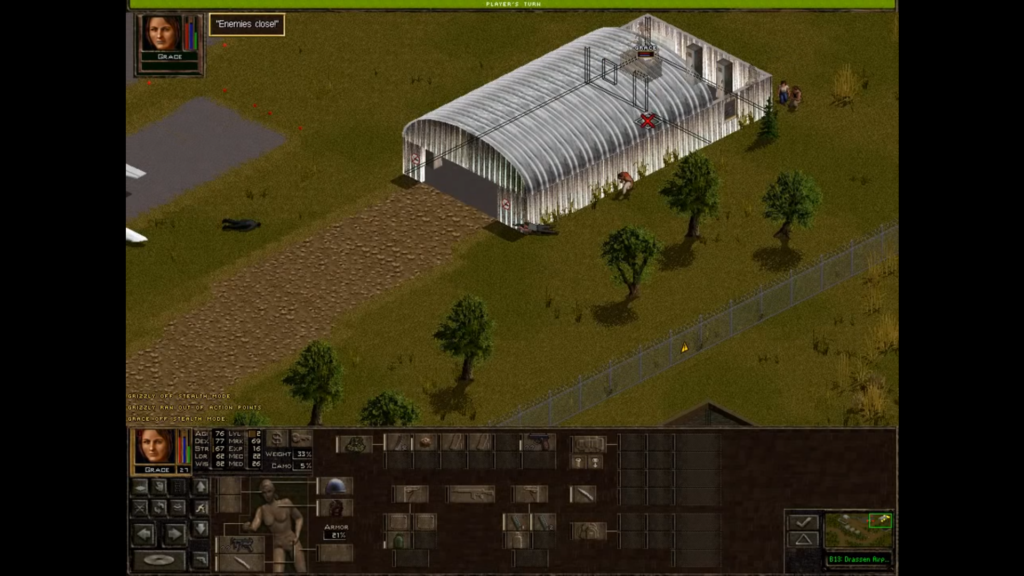 Unfortunately, things weren’t looking good for Sir-Tech, and by 1998 they were broke. The US office was forced to close down, but up North Sir-Tech Canada had just enough to stay alive till the release of their massive sequels to Jagged Alliance and Wizardry. Wizardry 8 would release in 2001 and keep the Canadian office open for 2 more years, but it’s their take on Jagged Alliance that has kept their memory alive much longer.

It can’t be overstated how good of a strategy game Jagged Alliance 2 is, and its influence, both direct and indirect, is still being felt today. It presented an interesting mix of deep strategic combat, resource and business management, and RPG progression that few games have matched even today. It’s perhaps the closest to running a South-American mercenary company most of us will ever get and the fact that it hasn’t been copied or surpassed properly is astounding. Fans took notice too, and the massive fan projects like the legitimized Jagged Alliance 2 Wildfire expansion or the incredible overhauls found in the 1.13 patch have provided the game a longevity few classics enjoy. 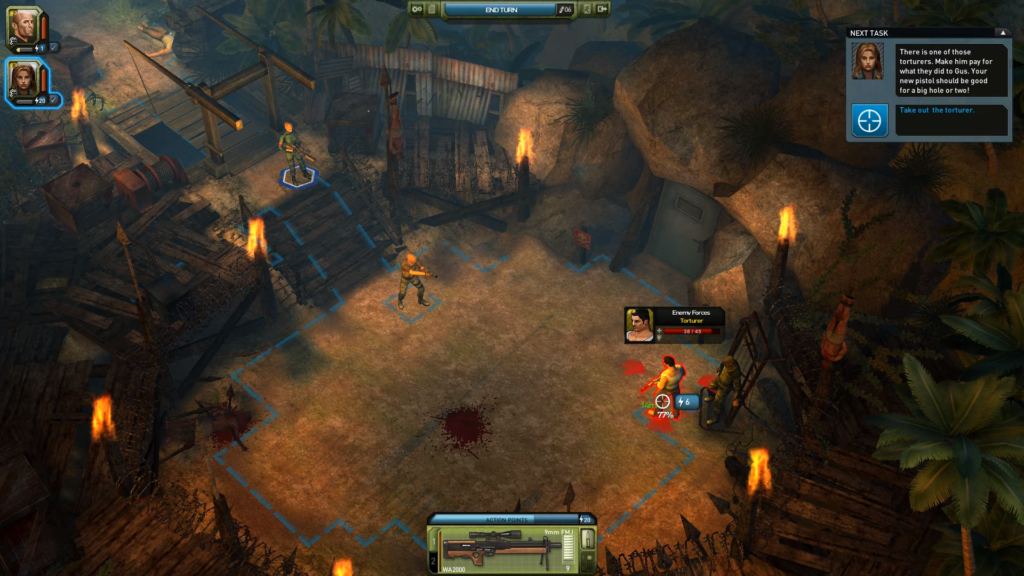 However with the closing of a company there comes the question of their assets, and Sir-tech was no different. Wizardry was sold off to Atlus, who have continued to release games largely in Japan with mixed results. Jagged Alliance hasn’t been as lucky, not by a long shot, and as of this writing, the series has been worked on by 6-7 different publishers and developers across about as many games.

First was Jagged Alliance: Online, from Gamigo AG and bitComposer. Online took the familiar JA gameplay and…put it online as an MMO. It flopped, and has largely been forgotten, not even getting its own Wikipedia page. It is, however, the closest any of the JA games post-Sir-tech have been to their source material.

At the same time as Online was floundering bitComposer also announced and released Jagged Alliance: Back in Action, which was an attempt re-make JA2 with modern graphics. BiA was also a flop, eschewing the well refined and beloved turn-based grid combat for a confusing and un-intuitive pause-able real time system. It had ugly graphics, terrible voice-acting, and cut content from JA2, and is all-around one of the worst remakes for a beloved game available. Not even a slew of expansions and DLC packs could save it, and it too has largely been forgotten.

Next, there was Crossfire, a pseudo-sequel to JA2/BiA taking place after those games in a nearby nation that’s also requesting mercenary help. Like BiA it once again does away with the grid combat, and also features horrible voice-acting. The graphics are improved but now come with a side order of bugs and a dessert menu of abandonment, since the devs have dropped all support for what many consider a broken game. 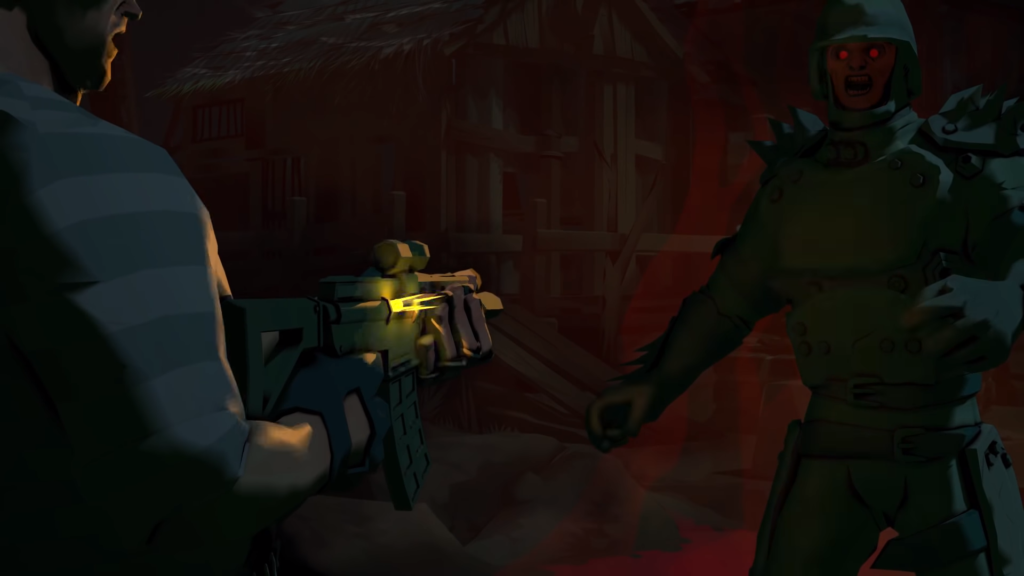 Jagged Alliance: Rage! The sequel we’ve all been waiting for?

Finally, after a fairly bizarre DS re-release of the first game, there’s Jagged Alliance: Flashback, which was funded thanks to a Kickstarter, raising $368,000 back in 2013. It promised a return to form for the series, bringing back the traditional turn-based gameplay and inject a comic-book graphics style into the series, a welcome change from the drab nature of the last two games. Great as those promises were, they turned out to be nothing but smoke, and after a short release on early access, the devs declared the unfinished game done and walked away forever, to the point where the Steam page text still lists the features as:

“More features and content will be added on a regular basis, and together with your feedback and support, we will shape this game to be the best Jagged Alliance game yet! Please feel free to give us your comments, your thoughts, and your recommendations. We listen to every one of you.”

So the Jagged Alliance series hasn’t had a great run, from Sir-tech closing down in 2003 to their IP being passed around like a wet noodle. Still, the name still peaks interest in long-time fans, and there’s still hope for a worthy successor. As of this writing Jagged Alliance: Rage has been announced, promising turn-based strategy with RPG elements. However it’s by the developers of JA: Online and the dismal Shadowrun: Boston Lockdown, so many fans aren’t holding their breath. Maybe one day we’ll see someone do the series justice, till then the originals work fine and the price is right for fans both new and old.