Back in March, Nintendo’s head of publisher and developer relations Damon Baker was famously quoted as saying “If it’s on Steam, then there’s no reason why it shouldn’t be on Nintendo Switch as well.” This was an ambitious declaration that effectively set the tone for Nintendo’s aggressive pursuit of the indie market. To date, the Switch eShop is home to over 100 downloadable titles. While some of these are retail releases and a good bit are classic Neo Geo games, there’s also a wide variety of indies that have made the Switch their second home–or, in some cases, only–home. The selection runs the gambit from established indie darlings like Shovel Knight, Overcooked and GoNNER to more recent releases like Slime-San, Kamiko, and TumbleSeed. While all of the indie releases haven’t been stellar (looking at you, Sky Ride), Nintendo has certainly hit their goal of consistently having at least one new game every week.

This strong push for indie support has caused many fans to speculate that the Nintendo Switch might become the go-to destination for indie devs and publishers. But does the Switch really have a chance of rivaling Steam in terms of developer preference? Let’s take a closer look at what each of these platforms has to offer.

A key part of Nintendo’s strategy to attract more indies to the Switch was the native adoption of Unity (I Am Setsuna, Hollow Knight) and Unreal Engine 4 (Snake Pass, Rime). By fully supporting these engines the Switch opened itself to many indies and made the porting process considerably easier than it would’ve been on, say, the Wii U. However, even with this massive improvement, the Switch still doesn’t offer the sheer variety of engines supported by Steam. From Source to Godot and everything in-between, devs have considerably more options when developing for Valve’s platform. A recent example of this disadvantage comes in the form of the Devolver Digital-published Swords of Ditto. Its beautifully vibrant and colorful art style and Zelda-like gameplay would be a perfect fit for the Switch, but because the game is being made in Gamemaker Studio, one of the developers has confirmed that Swords of Ditto won’t make the jump to Nintendo’s new hybrid. Steam will simply continue to hold this advantage until the Switch offers support for more game engines.

The Switch also falls a bit flat when it comes to the cost of entry. Nintendo is indeed charging far less for a development kit than other consoles, a move that was likely made to offset the attractive large install bases of the PlayStation 4 and Xbox One. While this likely makes a large difference for smaller indies and one-person dev teams on the fence of supporting the Switch, Steam has the advantage of being hands-down the cheapest platform of them all. Valve only charges $100 for a game to be published on Steam through their new Steam Direct service. This is a large part of why there are so few console-exclusive games in general–it just makes sense for a studio to throw their title on Steam and see how it does with such little risk.

Install base is where things get a bit more interesting. As of the time of writing, Steam boasts an active monthly user base of over 67 million. The Switch has an estimated install base of around 5 million. This isn’t to say that the Switch couldn’t eventually reach those numbers, of course, but as of now, that massive number is likely far more attractive based on pure metrics. This isn’t without a significant downside, however. Steam has an overcrowded storefront that causes thousands of games to consistently get lost in the shuffle. There’s little chance for games that aren’t immediately popular, with many only being haphazardly discovered via tags or the occasional recommendation. Meanwhile, titles like Kamiko and Blaster Master Zero have thrived on the Switch’s store, each selling over 100,000 units in large part due to more exposure and less competition on the platform. This is sure to change as the months and years go on and the eShop’s library expands, but if Nintendo keeps up its fairly strict quality control then it might just become the preference for indies that weren’t able to get enough shine on Steam.

Here lies another one of Steam’s weak points. Since before the Switch’s launch, there’ve been talks about the strong eShop vetting process that indie devs have to go through. Though some titles seem to have slipped through the cracks (see Troll and I and Vroom in the Night Sky), for the most part there’s been a decent amount of quality control on Nintendo’s new platform. Steam, however, is known for being full of prototypes and barely playable tech demos that devs can put up for sale for a few bucks. Steam has loads of gems, of course, but because of its relaxed entry restrictions, it’s also cluttered with tons of trash. By having a firmer grip on quality control, Switch owners are more likely to give lesser-known titles a shot and trust that they’re quality (which, more often than not, they are). So while there’s theoretically more opportunity for indie devs on Steam based on sheer numbers, their games might have a better chance of being noticed and purchased on the Switch. 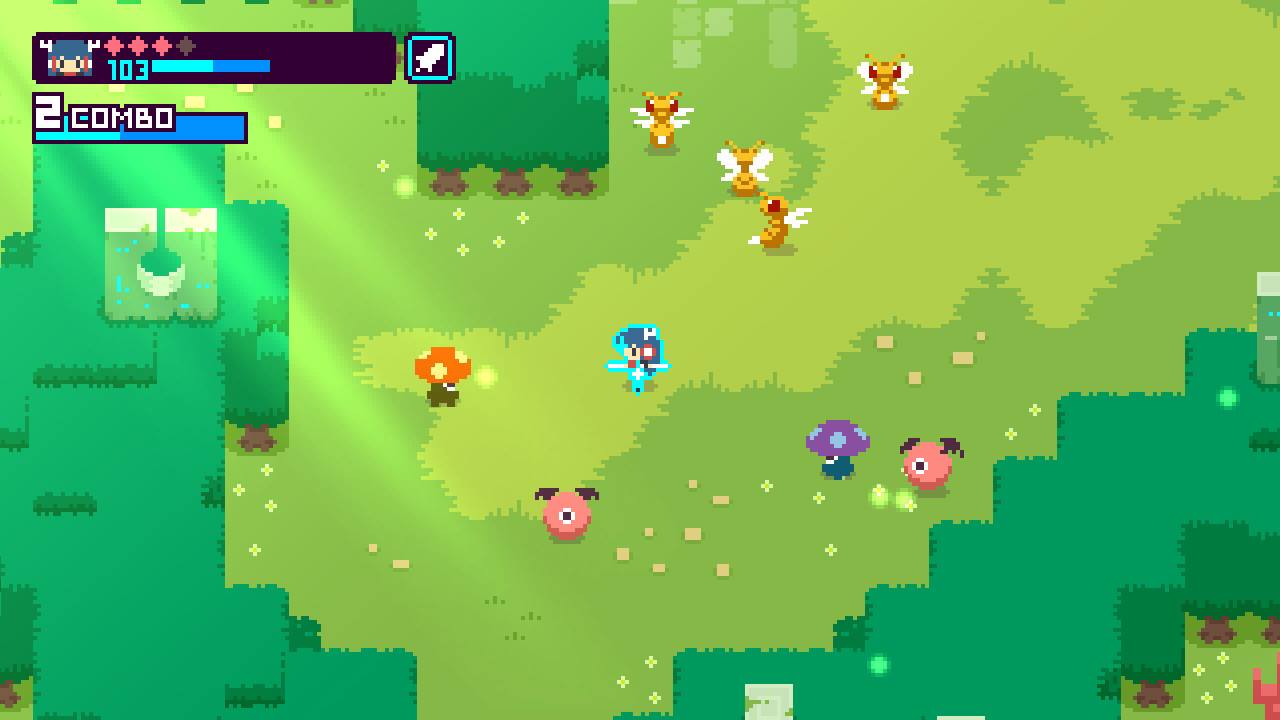 Between Nintendo’s recent Nindies Showcase and their PAX West Nindies@Night event, it’s hard not to feel life the Switch is getting tons of indie love. But even with enticing Switch exclusives like Golf Story and No More Heroes: Travis Strikes Back, is the eShop likely to surpass Steam as the go-to indie storefront anytime soon? Probably not. But can it exist as a desirable platform for indie devs and live up to Damon Bakers’ claim of “If it’s on Steam, then there’s no reason why it shouldn’t be on Nintendo Switch as well?” Certainly. Even without certain engine support, the Switch is already making waves as a loving second home for many in the indie gaming scene.