Already among the most positively received games of all time, Super Mario Odyssey expands upon the open, flexible design philosophy of Super Mario 64 while incorporating contemporary design sensibilities and twenty years worth of polish. And like its watershed grandfather, Odyssey is sure to carve its own special niche of influence and esteem in the gaming pantheon. But is it truly the near-perfect experience many believe it to be, or might a deeper inspection reveal some telling blemishes? As I already have Super Mario 64, I will examine each of Super Mario Odyssey’s kingdoms in an attempt to glean insight into their stumbles and successes. In this entry, I will be taking a look at the game’s sixteenth course — Dark Side.

Dark Side doesn’t contain a traditional narrative, but the course’s mandatory first moon asks the player to beat all four Broodals and their Mech back-to-back. Though the player might assume Rabbit Ridge is their home turf, there is no explanation for their presence here nor their connection to the rabbits that populate the region. Instead, it’s just a forced pseudo-narrative justification for locking the rest of the course behind a ridiculously tedious 10-15 minute boss rush made even slower and more irritating by low gravity and harsh punishment. It’s a lazy slog no level should be built around, but, alas, welcome to Dark Side.

Dark Side is effectively a much smaller Moon Kingdom with more rabbits and pale, polygonal vegetable architecture. It’s comprised of just a couple of platforms and a tower but misses the nuance and atmosphere of other small courses like Ruined Kingdom and even Cloud Kingdom. Outside of the oddly overused Yoshi in the secret areas, the course lacks meaningful captures. And outside of throwing challenges at the player, balance or ingenuity be damned, it lacks a cohesive identity. Aesthetically, narratively, ludically — it feels sloppily stapled onto Odyssey’s backside in a last-ditch effort to add “more” without asking whether or not that “more” is worthwhile.

Dark Side features a total of 24 power moons. Of those, 1 is earned in the boss rush, 1 is given by Captain Toad, 12 are in the course’s 6 secret areas, and 10 are found through kingdom art. While not many of these moons are outright reused from previous kingdoms, the secret areas are often modified versions of past secret areas, and the kingdom art moons are generally less intriguing than those found throughout the game. As previously mentioned, playing through the boss rush is deeply unenjoyable, and the heavy emphasis on Yoshi in the secret areas feels out of place. Although the Yoshi-less secret areas provide a hefty challenge, they also provide a jarring difficulty spike, with some skills (like knowing which moves make Mario run faster and which moves you can string together to keep up that speed for as long as possible) never taught or demanded until this point.

On the whole, this purported “Great Gig in the Sky” is “Eclipse”-d by every other course. “Speak to Me,” dear readers, but I think we can all agree, “Us and Them,” that Dark Side is worth neither our “Time” nor “Money.” Its overused monochrome deprives you of “Any Colour You Like,” while its most frustrating secret area demands Mario stay “On the Run” without ever teaching the player how. When all is said and done: “Brain Damage.” The moon has another Dark Side and it’s way-way better than this sucker. Spend your time with that one instead.

Check out analyses of other Super Mario Odyssey courses here. 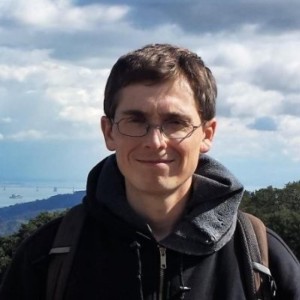 How and Why the Nintendo Switch is the Fastest Selling Console