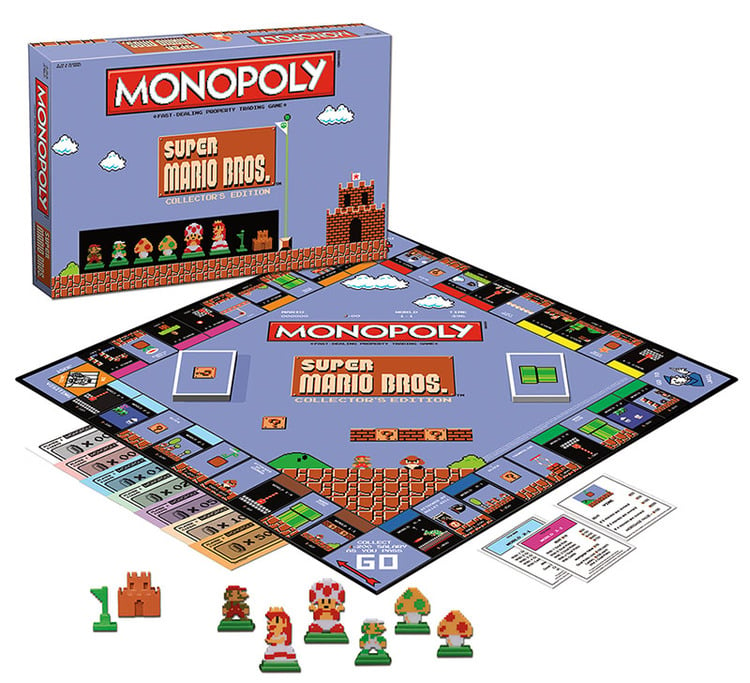 With so much of our time spent looking at screens, it’s refreshing and humanizing to play a board game in the company of friends and family. Those of you looking to spruce up your evening of tabletop gaming may be interested to know that one of the most popular board games of all time is getting a Super Mario Bros. makeover. A brand new Monopoly set called the Super Mario Bros. Collector’s Edition, has just been released and it honestly looks great!

Parker Brothers and its licensees have sold several spin-offs of Monopoly over the years, including several Nintendo-themed Monopoly variants such as a Legend of Zelda release, but this Super Mario version is something every Nintendo fan will want. The set includes 6 custom 8-bit styled tokens (Mario, Luigi, Princess peach, Toad, Super mushroom & 1-up mushroom), and custom goal poles replace traditional houses while custom castles replace traditional hotels. The special edition also allows players to buy, sell and trade locations from the eight worlds featured in the classic 8-bit version of the 1985 video game. Overall it looks to be a really nice collector’s piece and a great gift for any Nintendo fan.