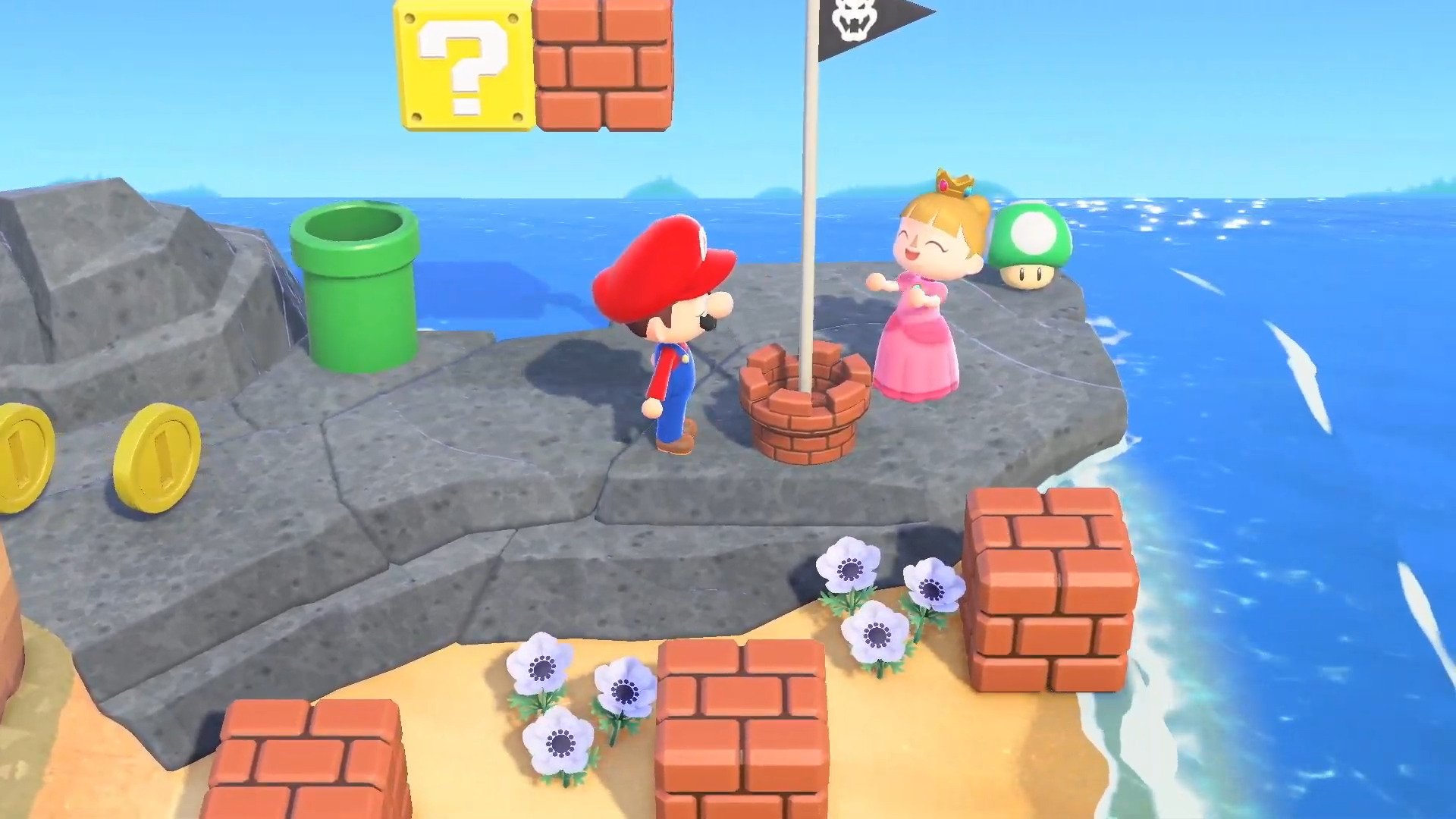 It may not have been the most exciting reveal from the much anticipated Nintendo Direct, but the small look at the Super Mario themed items coming to Animal Crossing: New Horizons was still a welcome reveal. We got a small look at the free update coming to the game, which looks to be a treat for fans of both Nintendo franchises.

The free update will have various costumes for your islander, including Mario, Luigi, Princess Peach and Wario. There will also be items such as the question mark block and mushroom, which will be available to use as decorative furniture items. One of the more interesting inclusions in the update is a functional warp pipe which you can use to travel across your island in true Mario style. Who needs fast travel when you have plumbing skills?

The Super Mario themed update is being released to celebrate the 35th anniversary of Super Mario Brothers (there sure are a lot of Nintendo themed anniversaries coming up with Mario and Pokémon both having milestones this year!) and will be coming to Animal Crossing: New Horizons on February 25th.