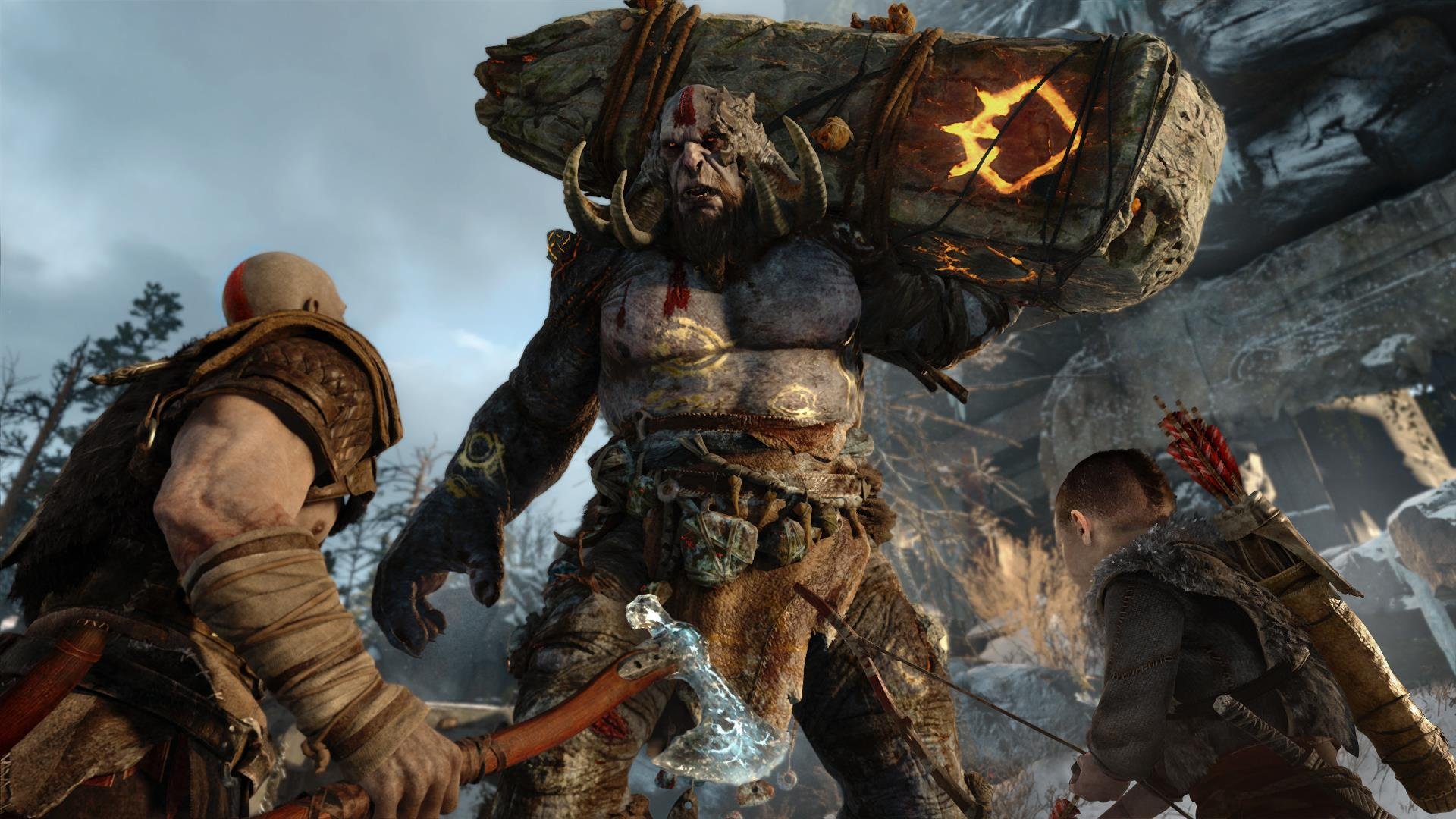 After an amazing week of demos, unveilings and press conferences, E3 2016 has finally come to a close, and what a great show it was! Apart from the traditional awkward presentations that we’ve come to know and love from gaming’s biggest showcase (that Battlefield 1 demonstration was so abysmal it became hysterical), the Los Angeles Convention Center shocked the world with a slew of new ideas, hardware and most importantly, games. With the huge push behind Xbox Play Anywhere, newfound support for PC gamers and strong showings from games like Dead Rising 4, Sea of Thieves and Halo Wars 2, Microsoft almost made us forget that its conference was a glorified commercial for an incredibly vague upcoming console that still won’t be as powerful as an average gaming computer. Focusing on its strengths, Nintendo made the smart decision to avoid mentioning its dire situation by focusing on the upcoming Legend of Zelda: Breath of the Wild, which quickly became the star of the show floor. Even Ubisoft and EA’s fairly mediocre showings teased fans with new South Park and Mass Effect sequels. But, by far, the biggest winner of E3 for the second year in a row was Sony.

Piling on game after game with no nonsense in between, Sony’s simplistic, but surprisingly refreshing approach to the show, made the other publishers’ press conferences seem braggadocious and outdated by comparison. Flaunting new IPs such as Day’s Gone and Hideo Kojima’s mysterious Death Stranding as well as reinventions of long-running series such as God of War and Resident Evil 7, Sony managed to live up to the unrealistically high expectations they set for themselves last year, proving that hardware specs, community features and financial success mean jack-all in the face of what the 50,000 people who attended the event really came for, video games. However, as with every other slew of announcements, the newest batch of sequels, reboots and remasters has caused an understandable amount of backlash from a community craving new experiences. While I’ve personally spoken out against the continuous rehashing of old content, I stand by the fact that this is an unavoidable part of any artistic medium, and that while the process has resulted in a plethora of lazy cash-grabs, franchising has also created some of the pillars of the industry (i.e. Super Mario Bros 3, Ocarina of Time, Final Fantasy VII, Half-Life 2 etc…). Surprisingly, some of the most innovative and surprising moments of this year’s E3 came from series that have already been established. Though publishers should always be looking for new ideas to further gaming as a whole, it’s important to give recognition to the developers working to keep some of the art form’s most integral franchises alive. Here are some of the most exciting sequels that look to revitalize their series.

The Legend of Zelda: Breath of the Wild 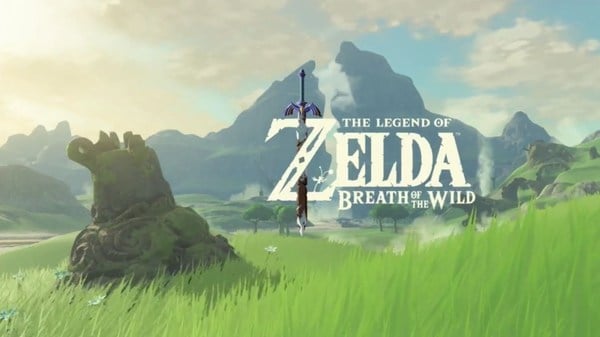 I’ve already discussed this game to death, but there’s ample reason to do so. Even a week after its grand reveal, Nintendo’s newest addition to the historic Legend of Zelda franchise still excites me more than any other game at the show. After Nintendo mistakenly chose to innovate for innovation’s sake alone with the disastrous integration of the Wii U gamepad into Star Fox Zero’s perfectly functional controls, many fans were worried that the company that once saved the industry had finally lost it. Thankfully, Nintendo hopes to redeem themselves and prove that they are still well capable of surprising their fans by reworking their most prestigious series from the ground up.

Strongly contrasting the linear, hand-holding of Skyward Sword (which I’ll still defend despite its flaws), Breath of the Wild lets players loose in an absolutely massive world, encouraging the same exploration and adventuring that the original game was based on. With a heavily altered combat system that allows Link to collect and switch between continuously deteriorating weapons on the fly, fighting hordes of Bokoblins and Stalfos has never been more engaging. No longer bound to a single sword for primary offensive options, Link has a wider variety of approaches to defeat his foes. A more dynamic environment now allows boulders, trees and explosions to become tools for gamers to play with, and the addition of a more fleshed-out stealth system makes gameplay more open-ended than ever.

What is most exciting however is the fact that so much of the game remains a mystery. Despite being played by thousands of attendees and journalists over the course of the 3 days, large aspects of the game such as towns, dungeons and even the very plot are more or less unknown. Regardless of its introduction of voice acting or its emphasis on a broader world, the game’s new director Hidemaro Fujibayashi is dedicated to making Breath of the Wild in to the next-gen Zelda game that fans of the original have always wished for. 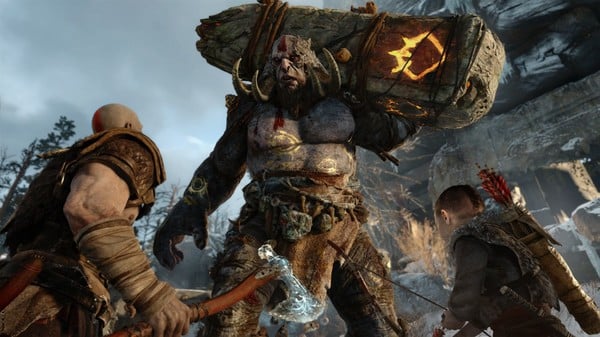 Although I haven’t played through the original God of War trilogy in its entirety, God of War 3 is one of my favorite Playstation exclusives of all-time, featuring some of the best level and boss design in gaming. From the opening battle with Poseidon to the final brawl with Zeus, Santa Monica Studio’s final game in the series set the bar high for any gruesome, hack and slash brawlers to follow. Unfortunately, it was followed up by 2013’s uninspired God of War: Ascension, which tried to recapture the same magic of the preceding games without adding anything meaningful to the mechanics, aside from an undercooked multiplayer mode. Now, after numerous collections and remasters, the series looks to reinvent itself in order to reestablish its ingenuity. As Cory Balrog, the game’s creative director, has stated, the team behind the previous spectacles of gore, sex and violence in the first three games have matured over the course of their careers, a change that is going to be greatly reflected in the soft reboot’s gameplay.

Having slain the Gods of Olympus, Kratos now wanders the world of Norse gods with his son, teaching him how to be a man while learning to be a father himself in the process. The initial gameplay started Sony’s press conference off strong, radically transforming God of War into a more muted, but visceral experience. Departing from the fixed camera angles that gave the initial games their sense of scale and grandeur, the camera is now placed directly behind Kratos, making for a much more personal feeling. Although, Kratos has ditched the double-chained blades in favor of a magically infused battle axe, the game promises to create an equally entertaining combat system, with the use of the reworked “Rage” system and inventive uses for Kratos’ son. With a tone that was vaguely reminiscent of The Last of Us (due to the father-child dynamic and over-the-shoulder camera), the new God of War reboot is trying to forgo the cartoonish violence of its original franchise to break new ground for action-adventure games. 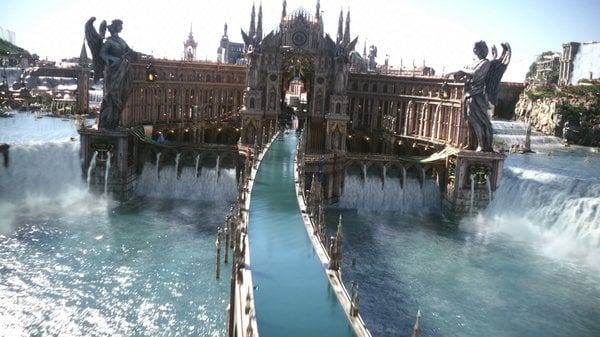 After being stuck in development hell for over ten years, it looks like Final Fantasy XV is finally ready for release, and it’s looking better than ever. Again, I’ve already talked about this game more in-depth in a separate article, but Square Enix has continued to impress with a bevy of new gameplay tweaks and examples of the newest entry’s sheer scope.

Admittedly, FFXV’s presence at E3 started off a bit rocky. During Microsoft’s press conference an outdated version of the game was used on-stage to demo a visually stunning segment called the “Trial of Titans,” resulting in an incredibly clumsy presentation. While Square Enix was quick to dispel rumors that the game remained unoptimized and buggy, fans were concerned that combat looked too simplistic and straightforward. Thankfully, director Hajime Tabata has assured us that the segment was streamlined for demonstrative purposes, and that the core mechanics are even more complex than previously seen in the game’s Episode Duscae demo.

Taking inspiration from the mechanics of Kingdom Hearts, Final Fantasy XV has the most active and physical combat of any game in the series, occurring in real-time and requiring player input for parries and dodges. The developers have put a similar amount of effort into making the world feel fleshed out and interactive, as shown in their presentation of the Venice-like city of Altissia. In an attempt to regain the favor of fans that took pleasure in the exploration of past games and were disappointed in FFXIII’s barren hallways, XV seems to have filled the world with distractions and secrets like street artists and haunted locations. Though it remains to be seen if the full game can follow through on Square Enix’s promises to expand on the fighting from the demos and return to tell an interesting story (following the train wreck of the Final Fantasy XIII trilogy), I’m hopeful that Tabata can return one of gaming’s longest running RPG franchises to its former glory. 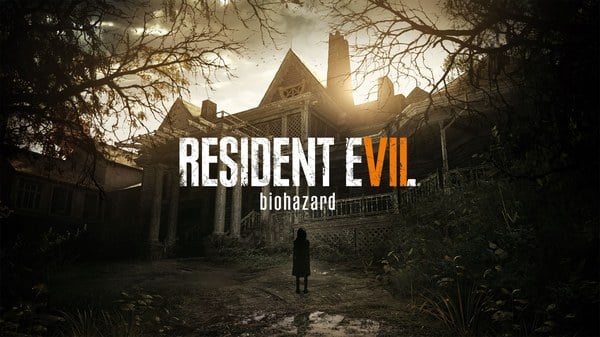 In my personal favorite trailer and one of the biggest shocks of the show as a whole, Capcom revealed that their highly praised, first-person VR project, KITCHEN, is actually Resident Evil 7 itself.

Sporting its Japanese title “Biohazard” as a subtitle, the horrifying demo played during the conference showed that the game took heavy inspiration from the likes of other first-person horror classics such as Amnesia, Outlast and the defunct P.T. (although RE7 has been in development for several years now). A playable demo went live on the Playstation Network the same night, and despite the series’ downward spiral, its potential makes it seem like fans may finally be getting a Resident Evil title worthy of the name.

After having defined the survival-horror genre in 1996’s Resident Evil, Shinji Mikami practically rebooted the series when he returned to direct Resident Evil 4 in 2005. By shifting from the stiff tank controls, confining fixed camera angles and played-out setting of the preceding entries to a tighter controlled, more action-oriented nightmarish ride through rural Spain, the game received critical acclaim and widespread popularity. Although it lost its defining sense of cheesy horror with its mechanical changes, Resident Evil 4 managed to successfully evolve the series’ core themes in a natural and intriguing way before Resident Evil 5 and Resident Evil 6 took a shotgun to any subtlety or nuance ever present in the franchise.

After it became clear that Capcom was taking more inspiration from Call of Duty than it was from its own past, it seemed that Resident Evil was doomed. Luckily, the latest game’s director, Koshi Nakanishi, has adopted the “less is more” strategy of other successful pieces of horror; using another new setting and more immersive gameplay style to reanimate the franchise.