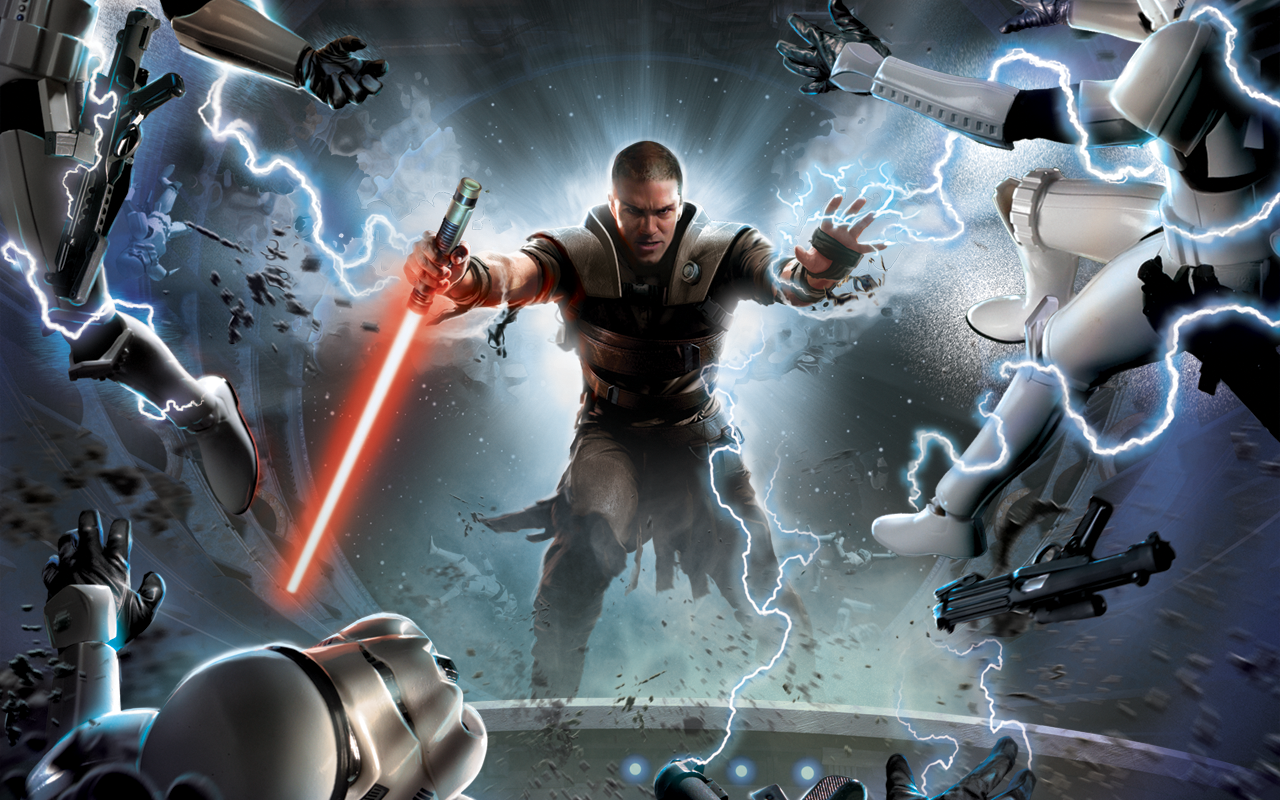 Despite the fact that nearly 15 years have passed since its release, the action-adventure Star Wars game developed to overexaggerate the powers of the force is still one of the galaxy’s finest. Announced during Nintendo’s February Direct presentation, Aspyr has found itself once again bringing a LucasArts classic to modern hardware with Star Wars: The Force Unleashed–this time a Nintendo platform exclusive, and with good reason. Star Wars: The Force Unleashed for Nintendo Switch is a perfectly fine rerelease of an already great game. However, there is no doubt that the title’s strange legacy will cause this iteration to come with some unfortunate discourse. Understanding why the Nintendo Switch version of The Force Unleashed is the way it is will be important to any Star Wars fan interested in picking up the game.

In Star Wars: The Force Unleashed, players step into the shadows as Darth Vader’s secret apprentice Galen Marek, “Starkiller”, a son of a Jedi master who was kidnapped by the sith lord during the game’s opening sequence. Taking place after Order 66 and before the events of A New Hope, Starkiller is ordered by Vader to kill the remaining Jedi living in secrecy after the great purge. However, no one part of the Empire knows of the apprentice’s existence. Starkiller is being secretly trained to help Darth Vader overthrow Emperor Palpatine–there were several pieces of Star Wars media that experimented with this idea, and The Force Unleashed was successful with it. At its core, The Force Unleashed is focused on making the force feel incredibly satisfying and telling an immersive story that stays consistent with George Lucas’s six Star Wars films.

Star Wars: The Force Unleashed on Nintendo Switch is a port of the game’s Nintendo Wii release from 2008. This is not a remaster of the base PlayStation 3 and Xbox 360 release or the Ultimate Sith Edition the majority of fans will recommend–there are plenty of reasons why readers should play both, but we will get back to that. When Star Wars: The Force Unleashed first came out, the game was part of the “all multi-platform phase” where dozens of notable developers were releasing their titles on almost every platform possible (DS, PSP, Wii, PC, etc.). Unlike most other multi-platform releases though, Star Wars: The Force Unleashed was vastly different on sixth and seventh-generation console hardware–a lot of discourse has sprung about over the years about which version may be the better experience for avid fans of the Star Wars films versus that of the games.

Every iteration of the game has the same story and general gameplay ideas, but there are specific technicalities each one adheres to. Naturally, the seventh-generation versions of Star Wars: The Force Unleashed looks graphically better, however, the sixth-generation releases arguably have better cinematic and script direction that is more reminiscent of George Lucas’s film saga. In the PlayStation 2 and Nintendo Wii release, lightsaber combat and movement was made to be floaty and fast. The seventh-generation (and PC) release of the game has more weight to lightsaber content and altered physics to accommodate for more on-screen destruction that was only graphically possible on more powerful hardware. Aside from gameplay though, every iteration of Star Wars: The Force Unleashed also has exclusive levels and special features. The Nintendo Wii release that has come to Switch, in particular, comes with exclusive motion control capabilities and a multiplayer mode.

That all being said, no matter whether you lean more towards the sixth or seventh-generation version, Star Wars: The Force Unleashed is still a great action-adventure game–at least, on almost all platforms. Ignoring the negatively received Nintendo DS version, you could not go wrong with playing any other iteration. While a lot of fans may be disappointed that they are not getting the most graphically and technically advanced experience possible on Switch, the Wii version feels appropriate for Nintendo’s hybrid system, specifically due to the joy-con controllers that pair well with the aforementioned exclusive features.

Like Aspyr’s other Star Wars remasters, The Force Unleashed has all-around just been given the developer’s usual visual cleanup and adjusted control scheme. Any reader who has played the recent releases of Knights of the Old Republic, Episode 1: Racer, Republic Commando, or any of the other Star Wars Asypr ports, will know exactly what they are getting into again. There are no new story or gameplay features added to this release. The Force Unleashed on Wii no runs at a smooth 60 frames per second at an HD resolution (720p in handheld mode and 1080p when docked) on Nintendo Switch.

The motion controls in Star Wars: The Force Unleashed work as well as any Nintendo Switch user would expect them to. The game’s motion-based actions were fine enough on Wii and often made sense in terms of trying to replicate the basic physicality of force users. While there is nothing else to say about the port in terms of motion controls, it should be noted that those turned off by imagining themselves swinging around an invincible lightsaber have the option to use button controls. The button layout is a Nintendoized version of what the PlayStation and Xbox releases had; every button has been mapped to where a Switch release should place them.

Meanwhile, the game’s Dual Mode which has two players splitting a pair of Joy-Cons for some competitive action is fitting for the Nintendo Switch albeit sometimes frustrating. The Dual Mode in The Force Unleashed most notably features a handful of locations and characters from the movies for players to tinker with. There are a lot of great options present and the idea of the mode seems glorious on paper for an action-adventure game. The major problems with this mode, though, still remain from the original release and have been partially amplified on the Switch’s handheld mode. While the camera isn’t problematic when the Switch is docked, everything can look way too small in handheld mode–this is definitely not a multiplayer experience that players will want to have in tabletop mode with a friend.

Above all the smaller issues, the one bothersome aspect about this release that I found in my playtime can sometimes be the audio. Aspyr has been great with patch fixes for their ports after launch, but in its current state sometimes the overall sound mixing can come off as jumbled. It is a shame because Star Wars: The Force Unleashed has a fantastic soundtrack and a great voice cast. While the longer original score from the seventh generation releases are not always present in the Wii version, the amount of John Williams music that fills the gap more than suffices–there are so many incredible tracks from the prequel and sequel films in the game. Meanwhile, the vast majority of the game’s performances give a driving force of life to their characters. Sam Witwer as both Starkiller and the Emperor is still a pleasure to hear, and Matt Sloan’s Vader still suffices for a James Earl Jones step-in.

Despite almost 15 years, Star Wars: The Force Unleashed still stands as one of the best games fans from the galaxy far far away can play today. While it may not contain any of the content found in its seventh-generation releases, the Wii iteration’s surprise modern port still offers the entertaining action and intriguing story the title has always flaunted. Of course, whether it is the best version of the game will be a hot debate, but there is no denying that almost every iteration of The Force Unleashed is worth your while. If you somehow have not played Galen Marek’s first journey or have been dying to revisit it after all these years, Star Wars: The Force Unleashed on Nintendo Switch does not disappoint–and the multiplayer Dual Mode is a fun bonus even if it has camera problems in portable mode!