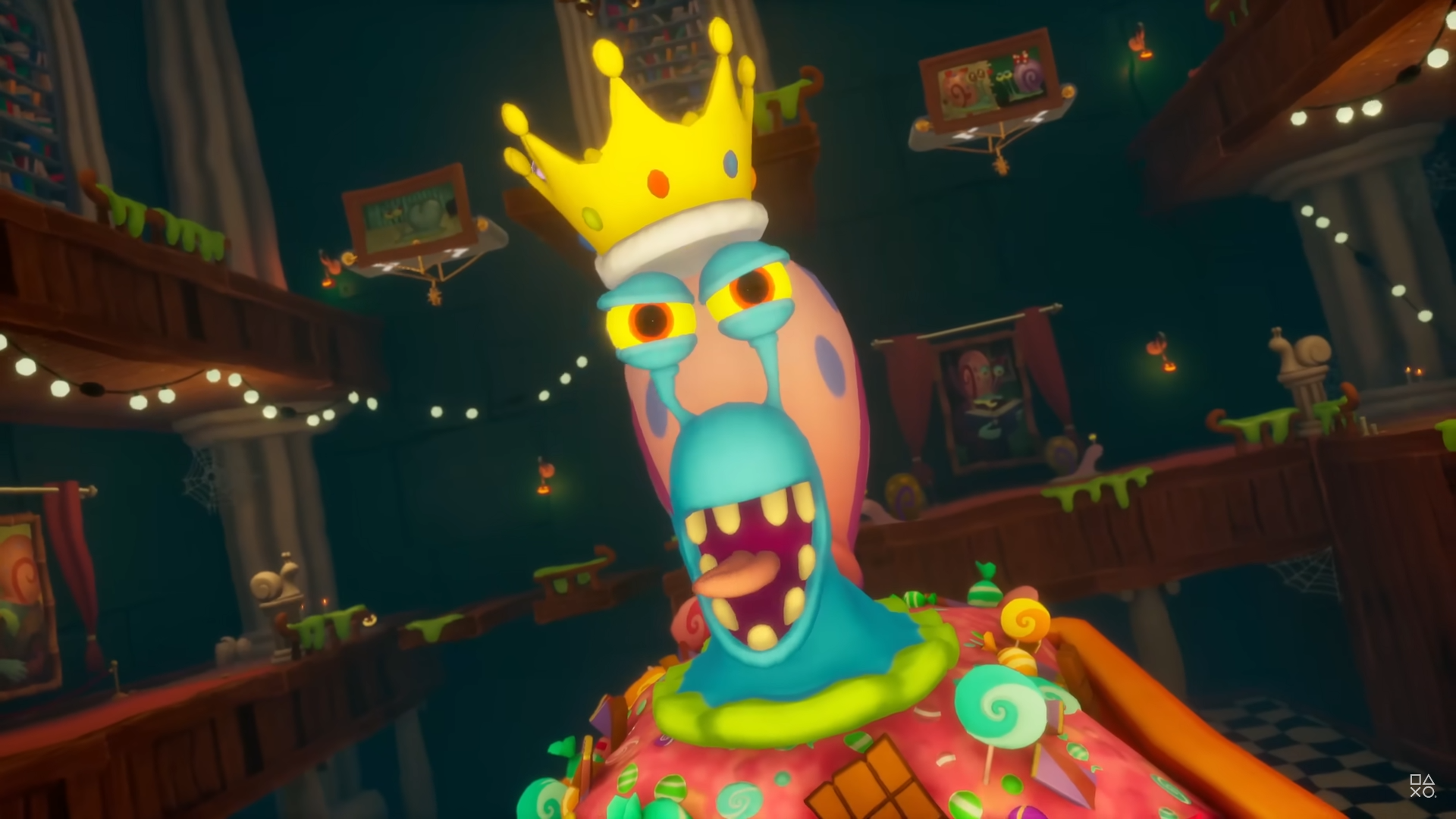 SpongeBob SquarePants: The Cosmic Shake‘s main gimmick is having themed regions to explore, each with its own aesthetic and music to create a grander sense of adventure. This new direction is not unheard of, as the Plants vs Zombies franchise also expanded its scope with themed regions in its second entry, but The Cosmic Shake seems to be centred around parallel universes instead of time travel. The only named regions so far are Wild West Jellyfish Fields and Halloween Rock Bottom, in both cases taking well-known areas from the franchise and giving them a unique twist.

In terms of combat, SpongeBob SquarePants: The Cosmic Shake appears to take inspiration from Battle for Bikini Bottom in all the right ways. Many attacks and combos look lifted directly from the previous game, and this is by no means a bad thing as Battle for Bikini Bottom already had an excellent combat system, but at the same time there are plenty of new enemies and abilities on display to prevent The Cosmic Shake from being too uninspired. SpongeBob can now glide using a pizza box and throw bubbles to trap enemies.

Story-wise, not much is currently known, but the game’s PlayStation Store page has the following description: “Wish-granting Mermaid’s Tears in the hands of SpongeBob and Patrick… What could possibly go wrong? Sure, the very fabric holding the very universe very together could come very undone, opening up portals into Wishworlds full of knights, cowboys, pirates, and prehistoric snails. But that’s nothing everyone’s favorite sponge can’t handle – with the right cosmic costume!”

Finally, the store page details some further information, such as over 30 costumes to collect, 7 Wishworlds to explore, and the confirmation of using original voice actors from the show. All in all, SpongeBob SquarePants: The Cosmic Shake looks very promising so far, but with no release window in sight, we may have to wait a while for future information. The full gameplay reveal video can be watched below to see more footage from this upcoming aquatic adventure!