Despite taking place not that long ago, there’s still a lot we don’t know about The Cold War, shadows mixed into enigmas shrouded by a cloud of black ink and redacted files. It’s this secrecy and the rivalry between the West and the East that makes the setting a prime spot for spy thrillers. For games, that’s mostly meant action titles like No One Lives Forever or Metal Gear Solid 3. Now CreativeForge, previously of Hard West acclaim, are looking to add some tactical depth to the genre with Phantom Doctrine. Is this a letter worth opening, or should you let this one self-destruct?

Phantom Doctrine starts off with you creating your character, as well as selecting either a CIA or KGB background. This mostly just affects the first few hours, specifically the first few missions and where your base is located. From there you’ll be put in charge of a spy network known as The Cabal, recruiting agents from organizations like the FBI, IDF, and even unlikely backgrounds like the IRA or independent mercenaries.

The actual plot doesn’t really do a great job of explaining itself. It can often be hard to follow what’s going on or why, and the game does a really bad job of separating major story events from normal missions. There are handy plot summaries during loading screens, but it can be easy to lose sight of the story as a whole, and there’s very little in the way of characters to act as anchors. All you’ll ever really know is that you need to keep your organization afloat while battling enemy spy rings, and while that’s sometimes enough to go on it can become really confusing after a while.

The gameplay does a much better job of keeping your interest. The comparison to Xcom is immediate, and for good reason. Like Firaxis’ alien murder sim, your time will be split between managing your base, resources, and personnel, and taking on enemy forces in turn-based combat. Both sides are reminiscent of the Xcom games, although there is just enough here to keep Phantom Doctrine original. 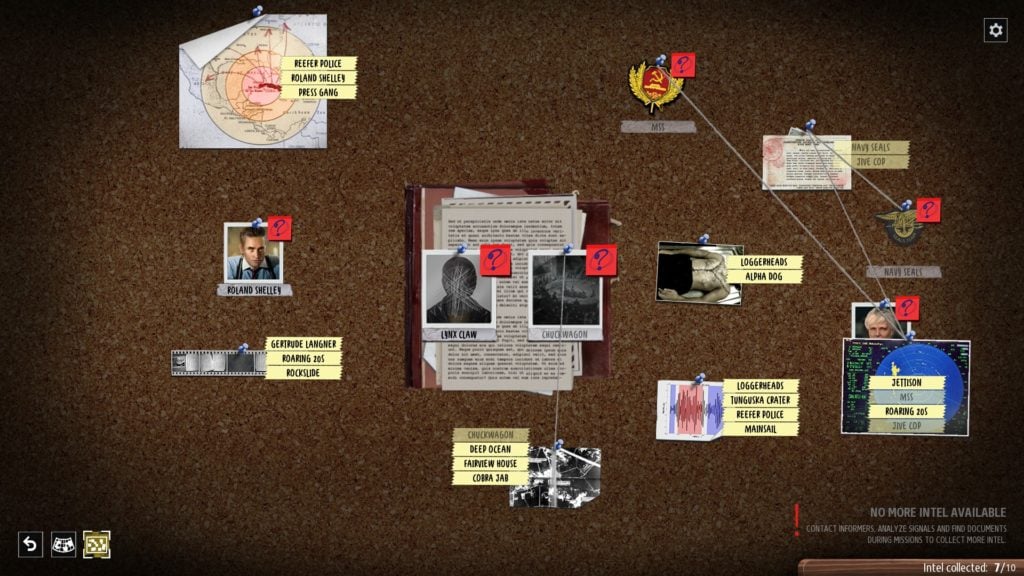 You’ll need to sift through evidence to uncover the truth by reading declassified documents, which the game claims is based on actual evidence.

First is the base management. You’ll need to assign your agents various tasks, be that going around the globe to uncover leads, assaulting enemy positions, or staying at the base to earn cash or interrogate enemy agents. You’ll slowly unlock new facilities like a body shop for injecting experimental drugs into your agent or the MK Ultra facility for brainwashing and interrogation, as well as crafting facilities for useful field kit items. Sending agents out is the most important task as you’ll need to hunt down enemy agents while also looking for secret documents, which can be pieced together to unlock new missions, agents, and equipment contracts.

The other half of the game is the combat, and this will be the make or break for anyone that decides to get Phantom Doctrine. Unlike most games, there’s no weapon accuracy modifier, every shot is an almost guaranteed hit. No more missing with a 95%, if you fire a weapon your target will feel it. This makes cover all the more important since that’s what determines the incoming damage. Half cover might reduce a hit by up to half while hiding behind something solid can really help keep your agents alive. On top of that there’s also the Alert Meter, which is used by agents to execute special abilities, and if full can even be used to totally dodge an incoming attack.

That works both ways, and while it’s great to be able to blast away enemy guards with a single shot without worrying about missing, your agents will also take a lot of punishment if you’re not careful. By far the biggest determent to this is the line-of-sight, which is downright wonky at times. While it has been patched a lot since release, there are still times where enemy units will be able to deal a tonne of damage from an angle you could never predict. Further to that, enemy AI will be downright ruthless at times, and if there’s any weakness they can exploit they will in an instant.

While combat is downright lethal, the stealth is a sort of saving grace. In a lot of ways, it’s sort of broken, with enemy units showing no reaction to characters walking through glass or flinging themselves through windows. But this actually works in the game’s favor, and a lot of the stealth simply wouldn’t be possible if the enemy AI were more aware. For the most part, stealth is based on the line of sight, be it enemy units, civilians, or cameras and trip wires. If your units are seen in places they shouldn’t be or wearing heavy armor the alarm goes off and combat kicks off. However, with proper reconnaissance, you can send in disguised agents that can disable cameras or knock out guards with a quick melee attack. Knocking out too many guards will throw enemy agents into an alert mode where they start wandering randomly, so you’ll need to hide bodies and move carefully as you progress. 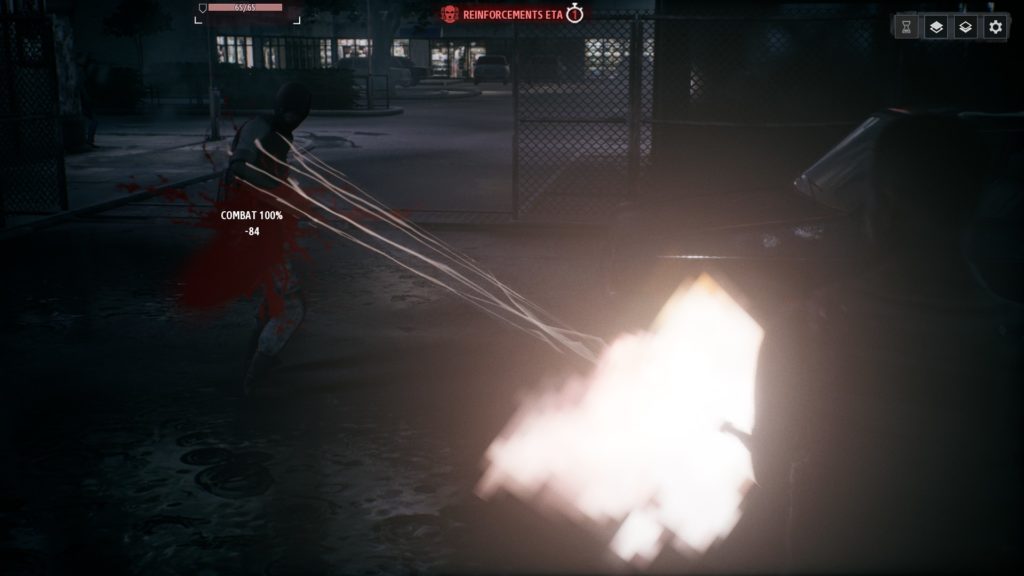 Stealth really is almost required much of the time. The game actively punishes you for being caught, with enemy reinforcements and airstrikes attacking until you leave the mission area. You are given the option to escape without accomplishing your objectives, but this will often have repressions, like agents being lost or captured or the enemy finding where your base is and launching a counter-raid. Worse is sometimes these enemy reinforcements can prolong a mission unnecessarily, like missions where you need to eliminate a certain amount of units. It sort of makes sense, since the game can’t really let you have an active gunfight in an embassy, but it would’ve been nice to have some way of slowing down enemy reinforcements or providing a bit more cover for your agents in the field.

Levels, unlike Xcom, aren’t procedurally generated, which is both good and bad. On the positive, they’re generally really well laid out, with lots of avenues for approach and hiding places for equipment stashes to unlock. Enemy placement makes sense and there’s a great sense of scale with some levels going up three or four stories. Unfortunately, there is a limited supply of them, and after a while you’ll really start to see maps reused over and over again, with only minor changes. Perhaps in the future, the modding community will add more maps to the rotation, but for now, once you’ve seen them all it can be annoying to break into the same hotel for the third or fourth time.

Graphically Phantom Doctrine simply fails to impress. While it does a great job of nailing the atmosphere with moody lighting and weather effects, it falls apart completely on closer inspection. Character models are noticeably terrible, even with little details like smoking cigars or different sets of armor. Animations are similarly bad, and bizarrely the game zooms in for an unskippable cut-scene on a lot of them. Performance has been better since launch with a series of patches and it runs fairly well now on a mid-range system, but overall it lacks much of the visual flair of something like Xcom or even Hard West. 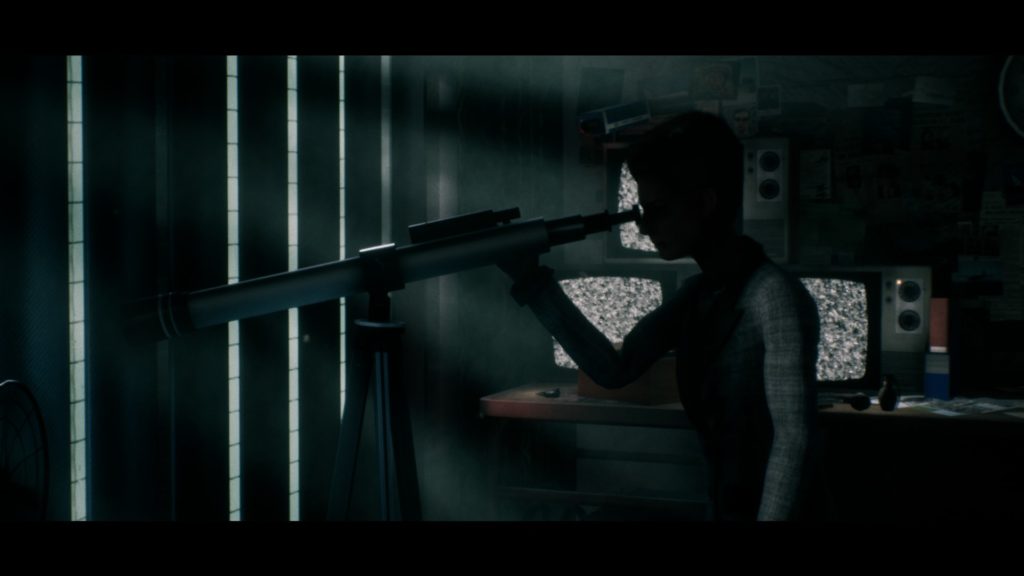 Support units like recon, snipers, or mortar strikes can be called in on missions

Similarly, the audio is nothing great and dips into the downright laughable at times. Some of the voice acting is so bad it honestly makes you question what the direction was. The first time you hear the foul-mouthed Canadian male voice dropping expletives when you click him is sure to induce an unintentional giggle. The Russian dialogue is so poorly acted as to make you question whether it would’ve been better to just run the dialogue through Google Translate and use the text-to-speech option. Sound effects barely pull everything back to the positive side though, with some impressive gunfire audio and decent mixing for environment effects, like added weight when a character is in combat armor.

Overall Phantom Doctrine is a bit of hard game to recommend. While it does offer a lot of content, with each campaign reportedly taking upwards of 40 hours with a new, secret campaign unlocked after, it’s content that can occasionally be a grind to get through. It often feels like a collection of better ideas than an actual game, something that’s only a single major patch or overhaul-mod away from greatness. It does offer an interesting alternative to Xcom and it really is trying to shake up the somewhat saturated TBS market by forcing change, but it just always seems to stumble at the last minute. If your looking for a meaty strategy title to sink time into, and if the first or second combat mission doesn’t scare you away, then this might be the game for you. Otherwise, maybe just let this one sit in the darkness for a while.