‘Resident Evil 7’ and the Portrayal of Mia Winters 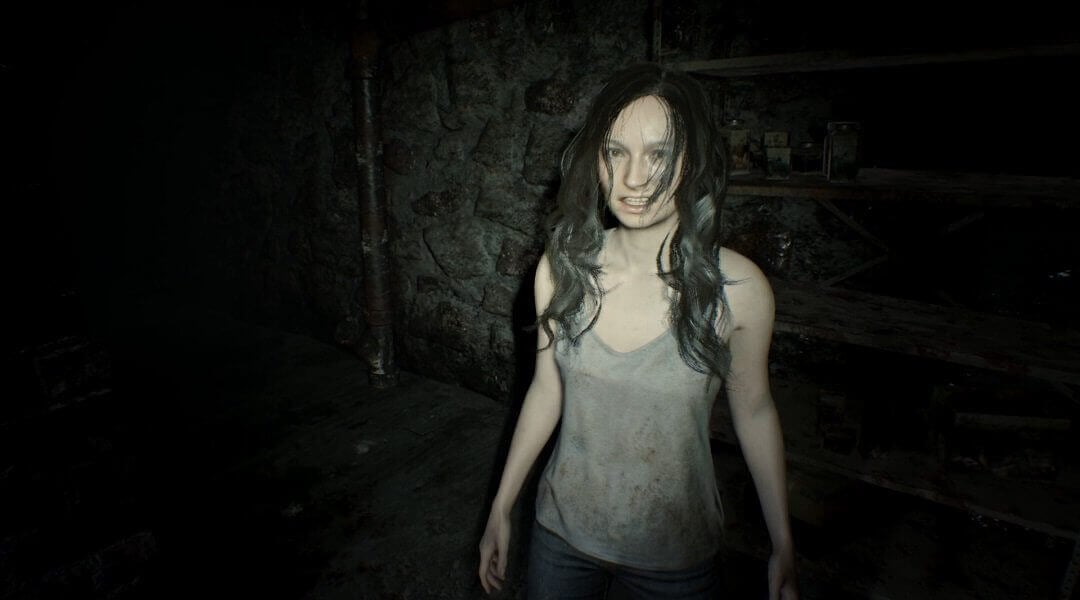 If you haven’t finished Resident Evil 7 yet or intend to play it at a later date, come back to this article after you’re familiar with the whole story. ***SPOILERS AHEAD***

The latest entry in the successful franchise, Resident Evil 7 (subtitled Biohazard in the West) left fans skeptical when it was first announced at least year’s E3. The change in perspective was a bold move from Capcom, but despite the risks, the final release has proven to be a major success. Criticism seems to focus mostly on the game’s overall feel and lack of character development (or rather slow development, as we do get to know the Bakers a little more through files). Almost two weeks after the release, however, and few to no people seem to have given Mia Winters any credit besides the damsel in distress.

It’s difficult to blame players for perceiving Mia solely as such when developers deliberately made it so. As soon as protagonist/caring husband Ethan arrives in the Baker property and finds his missing wife, it’s clear that she’s been through some hell in the past three years. She seems ill, both physically and mentally, but it doesn’t take long until that perception is thrown out of the window.

The second half of the prologue, which takes place in the eerie house from the Beginning Hour demo, has Mia and Ethan in a clumsy dance, as she shifts from indefensible and nurturing to inhumanly strong and homicidal. It becomes obvious that she’s being controlled by another entity, or as it’s explained later, a very particular bio-weapon that she was supposed to safeguard and terminate should things get out of hand.

Eveline, the creepy little girl created to pose as an unsuspecting weapon in wars and domestic conflicts, sees in Mia the mother figure she never had. Winters’ employees specifically mention that the girl needs this sort of bond, which is why she is tasked with guarding her whilst dodging competitors who were concerned with Eveline’s existence. Simply put, everything that happens in Resident Evil 7 and the reason why Ethan was drawn to the Baker estate at all is that Eveline formed a deep bond with Mia.

This suggests a few interesting aspects of RE7, whether they were intended or not. First, it enforces the idea that women are always more likable and relatable than men, as seen with how Alan Douglas, Mia’s coworker, refers to Eveline. Their troubled relationship and the man’s ultimate fate leave the notion that Alan was what some people think of men: too tough to demonstrate affection, too manly to care for someone else. This idea is also seen on Ethan, because although he traveled all the way to Louisiana to find his missing wife, he’s emotionless for most of the game. For most of the prologue, but especially when he’s fighting off Mia, Ethan says nothing. There are only a handful of comments regarding her state, and many missing opportunities for character development afterward. We don’t get to see her for a long time, and when they’re finally reunited, she receives little attention.

That’s when the game’s poor character development starts to pick up. After defeating Jack Baker for good, Ethan gets to choose who receives the serum shot that remained after the conflict with the patriarch. Whoever he chooses, the next section has players taking control over Mia. The change is unexpected seeing as how her usefulness early on came from the infection, but as she explores the stranded ship and remembers what happened three years prior, the second aspect of the title becomes clear: Mia Winters is a badass. She received military training and was physically capable all along. As she looks for Eveline, it’s obvious that she is not a damsel in distress and that her previous situation can be attributed to Eveline’s control over her. Winters is a powerful woman who “gets shit done” without hesitation.

Since she’s such a badass that this begs the question: why did she have to be the damsel in distress? Why did she, alongside Alan, have to be written in such a way that she’s the figure Eveline bonds with? Why not make it so Ethan is supposedly a great father and is charged with taking care of Eveline with a woman the girl doesn’t like that much? Why couldn’t we have played the majority of the game as the capable Mia instead of the obvious husband?

This may sound like your typical feminist talk, but when we stop to think about it, when was the last time a woman was the sole protagonist of a Resident Evil game? Besides Jill Valentine on 3, that never happened again, as they were mainly accompanied by men. The spin-off Revelations 2 at least had Claire and Moira as the leading characters, however, Barry (who hasn’t appeared since the first entry in the franchise) also plays a relevant role. Resident Evil 6 had a whole campaign dedicated to Ada Wong, but it served to support Leon’s.

It’s too much to accuse developers of misogyny. It’s common for some writers to work with their own gender, as the experiences brought by it are more familiar to them. That doesn’t have to translate into a strong word such as misogyny; it only means that that’s what the writer is most familiar with. Still, it’s curious that fan favorite Jill Valentine is only relevant in two installments (and a DLC for another), or that Rebecca Chambers only had a prominent role in Resident Evil 0 and now will serve as the damsel in distress in the upcoming CG movie Vendetta.

There’s no denying that the women of Resident Evil are great protagonists, and that fans would love to see them leading the fight once again. So why has Capcom been focusing on male-centered plots, especially with Chris Redfield and Leon S. Kennedy? Why not change the pace once again and charge Jill Valentine, Rebecca Chambers, Sherry Birkin, or even Moira Burton with defeating the baddies in Resident Evil 8, whenever that may happen? Fans would be pleased with a main entry that doesn’t focus so much on the obvious heroes from Resident Evil 4 and 5, as well as 6.

Wow. I really don’t know what to say to people like you. Just because something inherently fits a trope doesn’t make it misogynistic. You reading too much into it and asking it to be changed simply because you view it as such is most certainly misogynistic.

And you answered your own question. RE7’s aim was to portray the player as weak and powerless, obviously playing as Mia would mean it won’t capture that feeling.

Also, your accusation to a franchise with badass female characters and always had at the very least 1 female protagonist in every game till this one is downright insulting. And you seem quick to dismiss the females in 6 because they aren’t independent. Please tell me who exactly is the misogynistic one here.

“It’s too much to accuse developers of misogyny. It’s common for some writers to work with their own gender, as the experiences brought by it are more familiar to them. That doesn’t have to translate into a strong word such as misogyny; it only means that that’s what the writer is most familiar with.”

Atleast you didn’t accuse them of misogyny. Basically you want a game where you play as a female protagonist, and that’s fine. That’s up to the devs.

‘The Monster’ is so close to greatness, and yet so far

Great Moments in Gaming: Sora and Riku vs Xemnas in ‘Kingdom Hearts II’