With its release on Nintendo Switch, revisiting Rain World a year and a half later (after its initial release on PS4 and PC) has been a reminder of what you get when you poke and prod the modern conventions of video game design until you get something that can truly move the medium to unexplored realms.

Rain World is a beautifully-crafted, atmospheric 2D pixel art survival and puzzle game. It sports a lite-Metroidvania-style map and a main character that controls like how its species sounds: a slugcat.

In an abandoned world full of overgrown industrial buildings and murky waters, mutated predators stalk the landscape. They come in a wide variety of forms, from lizard-like to living-nervous-system-nightmare-thing. Yet nothing is truly safe, as the titular polluted “rain” washes away everything to its death. 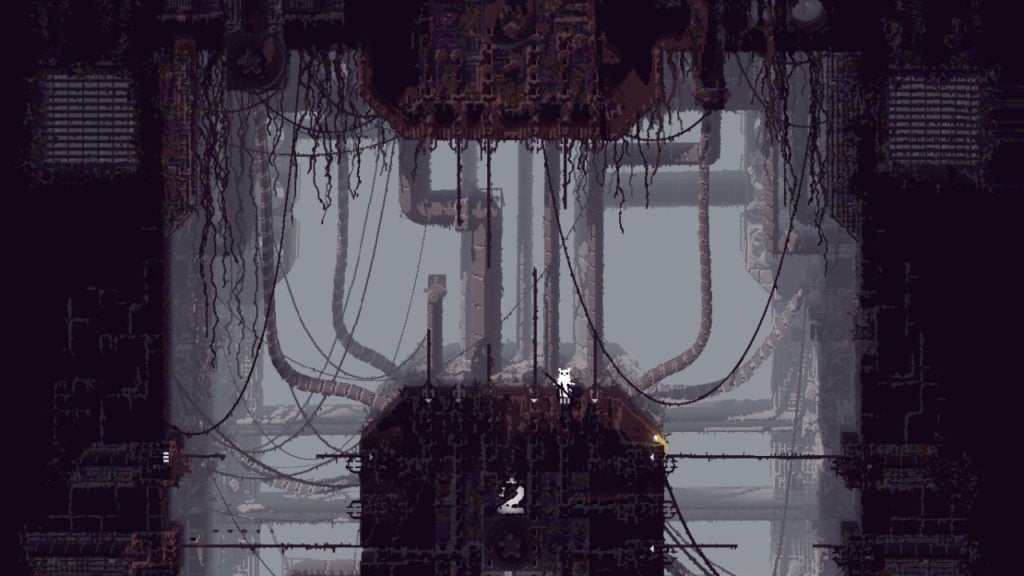 Pushed to Your Limits

Your goal, in this hostile environment, is to make your way back to your family from which you’ve been separated. How you get to point A to B (and then C and so on) is far from obvious. To survive, you must gather food and hibernate (lest you spend too much time in between hibernations and get washed away by rainfall). Hibernating levels up your character on a scale of set levels, but dying levels you down. And you’ll die a lot.

Reconnaissance is a major aspect to your survival, as you noodle your way through the nooks, crannies and confusing passageways. Over time you get a feel for the land and formulate plans, hibernating more and working out the kinks in your strategy with every new day.

Every new day also brings out more creepy crawlers and such to get you. These monsters, with their procedurally generated animation patterns, are diverse in their behaviors (admittedly, they look kinda silly when their animation sometimes seems to break and flop around). Some will chase you down to the end of time and follow you room to room, while others are more stationary, waiting for you to fall into their traps. Some will fight amongst one another. What’s more is that, with each cycle, their locations might change. So, while you might learn the layout of the land, the placement of the enemies is never the same. 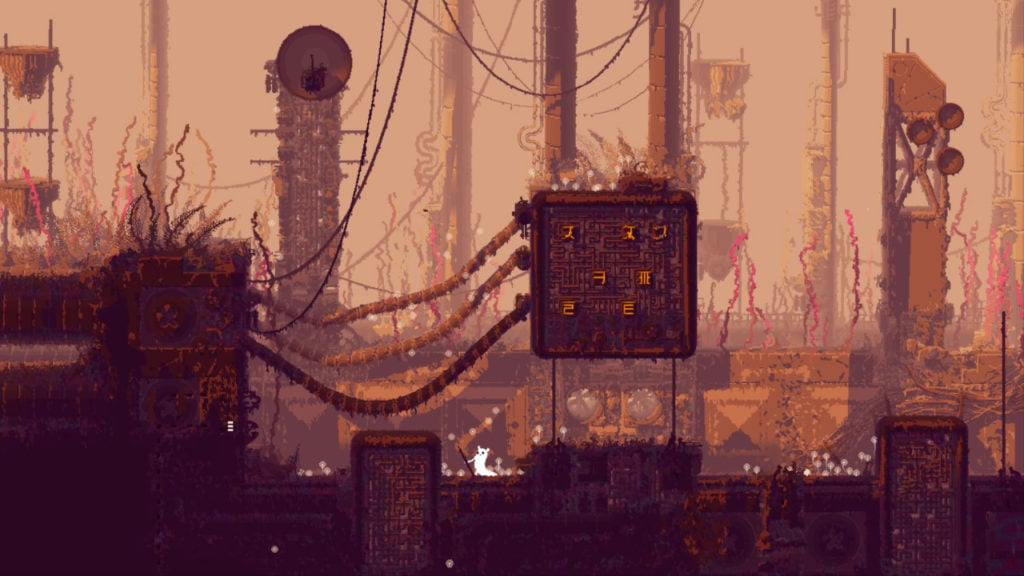 Defending yourself is an option, but you’re limited to rocks, rubble and the occasional sharp spear-like objects you might find lying around – almost none of these of these options are all that effective against most enemies.

If any or all of this sounds tough as nails, well… it is, on all of the game’s three difficulty options. The combination of your limited movement, your lack of defensive or offensive options, and the randomness of enemy placement is often brutal. It takes more than a little while to get into the groove of things.

Almost nothing beyond basic controls is explained, as you’re supposed to explore the limits of the game’s design as much as the world itself. But in doing so, Rain World is able to accomplish a kind of relationship with the player that is hard to come by in video games these days. It’s something completely new.

What is a Game?

Rain World feels at times like the invention of a sub-genre, as much as something like Hideo Kojima’s Metal Gear was to stealth in 1987. While Metal Gear was far from the first stealth game, it was the first of its kind to think of stealth and espionage action in a fully-realized, practical sense of what the idea of avoiding conflict could be like in a time period where all games were about engaging in conflict. It experimented with game design elements of its era and hacked them, so to speak, to make them work in a completely new way.

30 years later, Rain World does something very similar by utilizing existing ideas from the sub-genres of Metroidvania and roguelikes to its advantage. The game might resemble other games from those genres, but it’s almost like the traditional fabric of what makes those games work has been glitched out to create something that wasn’t intended to be there.

It’s not perfect as a game perhaps, and it’s not something I could recommend to someone tied to the traditional notion of what a game “should be” and only that. But, in doing something wildly new and doing it exceedingly well, Rain World is a perfect feat in its vision and direction.