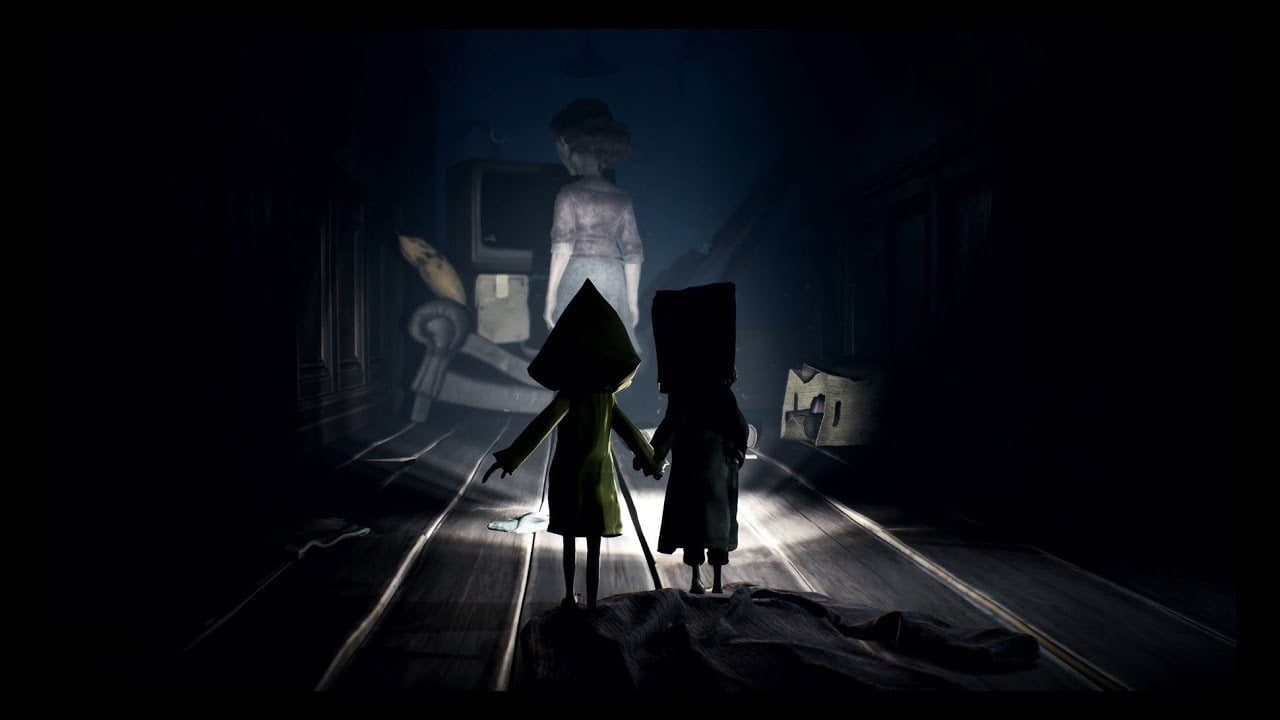 With Halloween fast approaching and the nights growing colder, gamers are finding themselves spoilt for choice when it comes to indie horror: a genre which blew up with games like Amnesia: The Dark Descent, Slender, and Five Nights at Freddy’s popularised by screeching YouTube stars. However, these games have also given indie horror an unfortunate reputation for relying on jump-scares, teleporting monsters, and an increasingly familiar cast of creepy little girls. “It’s late at night, you’re driving through a darkened forest when suddenly your car breaks down. Desperate for help and with your flashlight running low on batteries you stumble across an old mansion, but not everything is as it seems…” sound familiar?

A market saturated with low-res haunted houses and regurgitated storylines are enough to put off any buyer from trawling through Steam titles for games worth their time. But if you expand your search a little bit you’ll find that beyond the survival shooters and cheap slasher games is a whole world of indie horror worth playing. So to get you in the mood for Halloween, we’ve picked out the most interesting indie horror games that you might never have considered. From innocent-looking anime dating sims to harrowing point-and-clicks, here are some stunning indie games that shouldn’t be underestimated, and whose takes on psychological horror go above and beyond the jump-scare clichés.

Developed by Harvester Games
Published by Screen 7
Available on PC

Gruesomely disturbing and strung with tension, The Cat Lady is a graphical adventure game that blends reality with the nightmarishly surreal. The game handles adult themes head-on, beginning with the suicide of its main character. Yet Susan Ashworth’s wish for death is refused by the Queen of Maggots, a character who instead grants Susan immortality and returns her to our world to rid it of five ‘parasites’. Willing or not, the game follows Susan’s attempts to find and kill these five psychotic murderers, on a journey that takes us to the edges of our own sanity. Make no mistake, The Cat Lady is a truly messed up game that comes with multiple content warnings: exploring sexual abuse, torture, cancer, and mental illness. Harvester Games do not shy away from brutal themes, yet their honesty in exploring Susan’s depression throughout such nightmarish scenes helps transform the game into a compelling story with room for hope and redemption.

Gameplay generally comes down to point-and-click puzzles which are straightforward, yet filled with tension as you pray that you’ll have time to complete your task before a killer discovers what you’re up to. Though its animation is unpolished The Cat Lady’s ragdoll characters lurching about like puppets on strings undeniably bring a fitting element of the uncanny to the screen. Equally, the game’s visual style with muted colors flecked with splatters of red, or rare warm scenes with autumnal lighting, easily give way to blinding light and flickering psychotic visions that threaten to consume reality. The Cat Lady is absolutely worth the price as a fully voice acted eight-hour game fretted with pain, horror, and moments of silent melancholy. It’s a disturbing point-and-click drenched in blood, guts, and gore, but where the real horror comes from the monsters within.

At first glance, Doki Doki Literature Club looks to be a cutesy anime dating sim where a hopeless boy joins a new club and soon finds himself surrounded by beautiful girls eager to write poetry, bake cupcakes, and make new friends. Everything seems completely innocent, except for the small problem of a warning that pops up on the very first intro screen: ‘This game is not suitable for children or those who are easily disturbed’. That’s because Doki Doki Literature Club is, in fact, a psychological horror game with chillingly gruesome content that will leave a pit in your stomach.

Keeping spoilers to a minimum, it is fair to say that Doki Doki is an indie horror masterpiece for players familiar with the usual tropes of visual novels, but even without a knowledge of dating sims players who enjoy games like The Stanley Parable or Pony Island will undoubtedly find themselves horrifically surprised. Doki Doki is free, around four hours long, and comes with a content warning for suicide and self-harm. If you think there’s no way an anime dating game can get inside your head, you need to give Doki Doki Literature Club a go.

Developed by Tarsier Studios
Published by BANDAI NAMCO Entertainment
Available on PS4, Xbox One, and PC

Little Nightmares is a short puzzle-platformer that has left players hungering for more. The game sets itself apart from other indie horror games with a haunting storybook aesthetic and uniquely hideous monsters lying in wait for you. You play as Six, a young girl bundled inside a yellow coat, as she tries to escape from The Maw. Elongated limbs reach out to pluck you from your hiding place, grotesque humans tower above you as wobbling piles of fat desperate to gobble you whole, and a mysteriously masked geisha lurks in the shadows.

Little Nightmares gives very little away when it comes to its backstory, yet it’s possible to piece events together as a hunger grows within you, and you begin to question why you’re really here. Though it could do with more complex puzzles the game has a flawlessly executed visual design that plays on fears not usually explored in horror games, and meanwhile, the Little Nightmares team are continuing to add DLC and expand on its mysterious universe. Little Nightmare’s story is tantalizing, its gameplay nerve-wracking: Tarsier Studios’ game may be short, but it makes up for it with a style of horror that is disturbingly sweet.

A macabre point-and-click puzzle game that follows the unfortunate lives of the Vanderboom family. Beset by a demonic presence, psychotic bloodlines, and fated accidents, Rusty Lake Roots achieves an incredible feeling of sympathy for its ill-fated characters without them ever needing to utter a sentence. Yet there’s also a wicked delight in letting the game turn you into a monster. By setting complex puzzles that require you to rifle through the families’ most personal possessions as they gaze on mournfully at the screen you often don’t know what the outcome of your actions will be until it is too late. As you play you unlock new generations in the family tree, enacting each character’s will until you slowly find yourself complicit in the Vanderboom’s tragic ‘accidents’, and as you uncover their final secret, become the demon needed to complete their unholy plans.

Rusty Lake Roots tells a compelling story of misery and horror that more than makes up for its simplistic art style, and at $2.99 with around four hours of gameplay, it’s absolutely worth picking up. Rusty Lake Roots is grim, but when the game decides in its opening scene to ensure that the family dog is made immortal you know that you’re in safe hands for a tale of dark humor and unforgivable deeds.

Developed by No Code
Published by Devolver Digital
Available on PC

Stories Untold is a compilation of four sinister stories ranging from text-adventures to sci-fi puzzles that take interactive fiction to unsettling areas. Pushing the boundaries of what ghost stories can be, Stories Untold switches between entire genres, settings, and mechanics, to deliver an intense experience that keeps you guessing. Each story is based around a different piece of classic 1980s technology, with each tale Stories Untold taking its retro content to a new and disquieting level, creating a sense of claustrophobia and creeping dread that continues to dig away at you until the game’s final reveal.

Stories Untold isn’t like many other games, but with an eerie undertone tying together its surreal pastiche of horror stories it might be precisely the game you’re looking for to set you on edge this Halloween. While the games vary individually in terms of success, they are each undeniably clever, well-written pieces that are subtle enough to get inside your head, and threatening enough to leave it reeling.