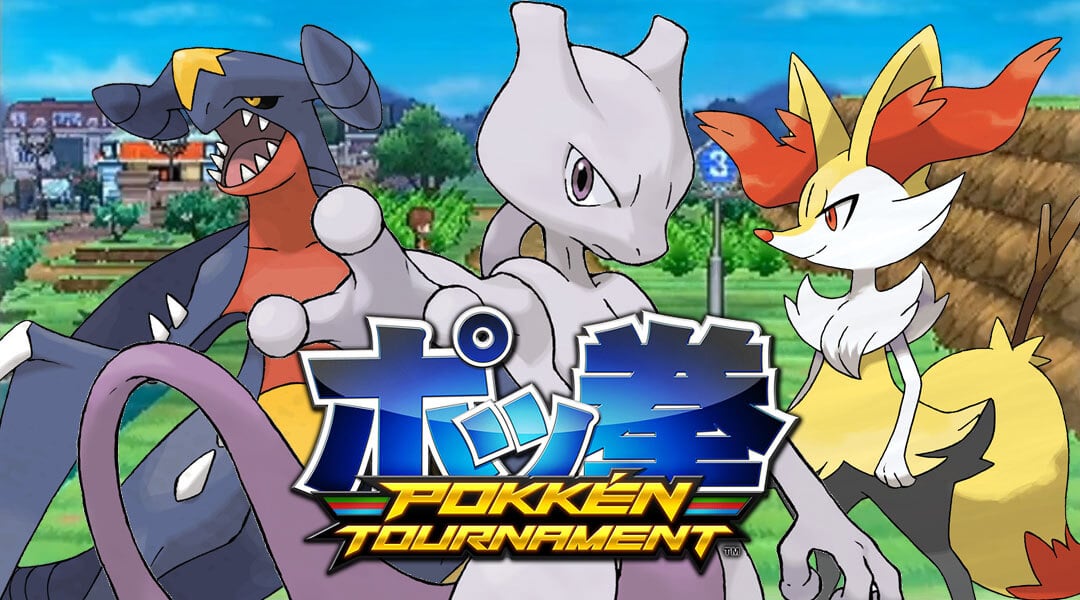 February the 27th marked the 20th anniversary of Pokémon, and there were plenty of celebrations going on. Twitch.tv streamed movies and episodes of the anime all weekend, Nintendo released the original gen 1 games on the 3DS virtual console, plenty of Pokémon Amiibo were restocked in stores, and there was even a special edition New 3DS that came with Charizard and Blastoise face plates. But one of the biggest events for me had to be the Pokkén Tournament prerelease event going on at GameStop. I was lucky enough to live near the Chamblee/Atlanta location, and wish to share my impression of both the game and the event with you.

The pre-release event was a tournament, one where only a few people could get in (32 to be exact), and was divided between a 16 and under age group and a 17 and older. My friends and I got there very early, around roughly 7:30AM to get our spots in line. We were lucky enough to be some of the first people there, and were signed up rather quickly once the doors opened. The rush wasn’t that bad, but it seemed like only a few people knew about or cared for the event. I remember at the Smash 4 prerelease a few years prior that the line was so long it weaved all around the store. There were a few people who showed up around 9:00AM or so that were guaranteed to not be able to sign up, but overall the participation estimate seemed to be accurate between the two age groups. 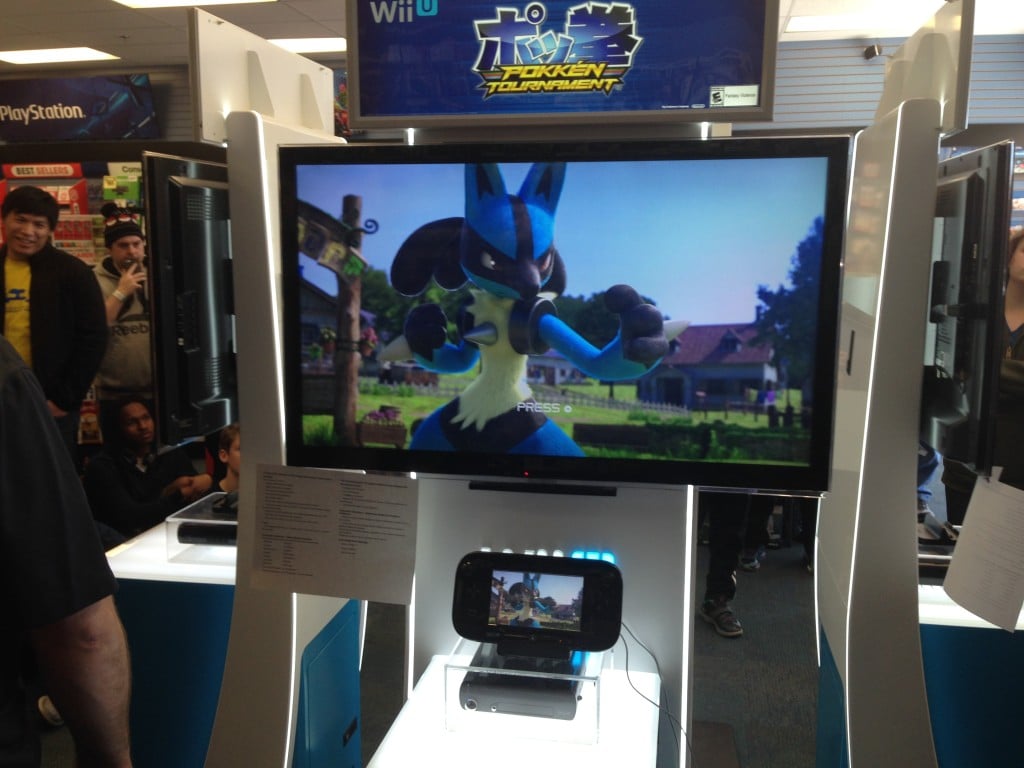 The tournament was set up as a single elimination, single match, best of five rounds. It’s not the most enjoyable format, but had this event been double elimination everyone would have been there until probably midnight. To compensate for a lack of multiple tries, everyone would get three minutes of practice time in training mode before their matches so they could be brought up to speed on their character. I’m not sure if this was part of the plan originally, as different reps had told my friends and I different things before it all started, but it certainly made the event more enjoyable and led to less button mashing.

I could tell a lot of people had not researched the game prior to the event though. Blocking became a valuable skill, one only a select few had actually learned the button for (it’s “R” by the way). I ended up cheesing my first match as Gardevoir when I realized my opponent had no intention of not trying to run at me from full screen without putting his shield up to stop my projectiles.

The swap from Field to Duel perspective also threw a lot of people off. What moves a Pokémon can use differ between which mode you’re in. Characters that had good mobility and gimmicks in Field Mode were forced into undesirable situations when placed in Duel, and vice versa. It seems like learning to control when the modes change is important, but was not a skill anyone had time to pick up in few minutes of playtime they had. 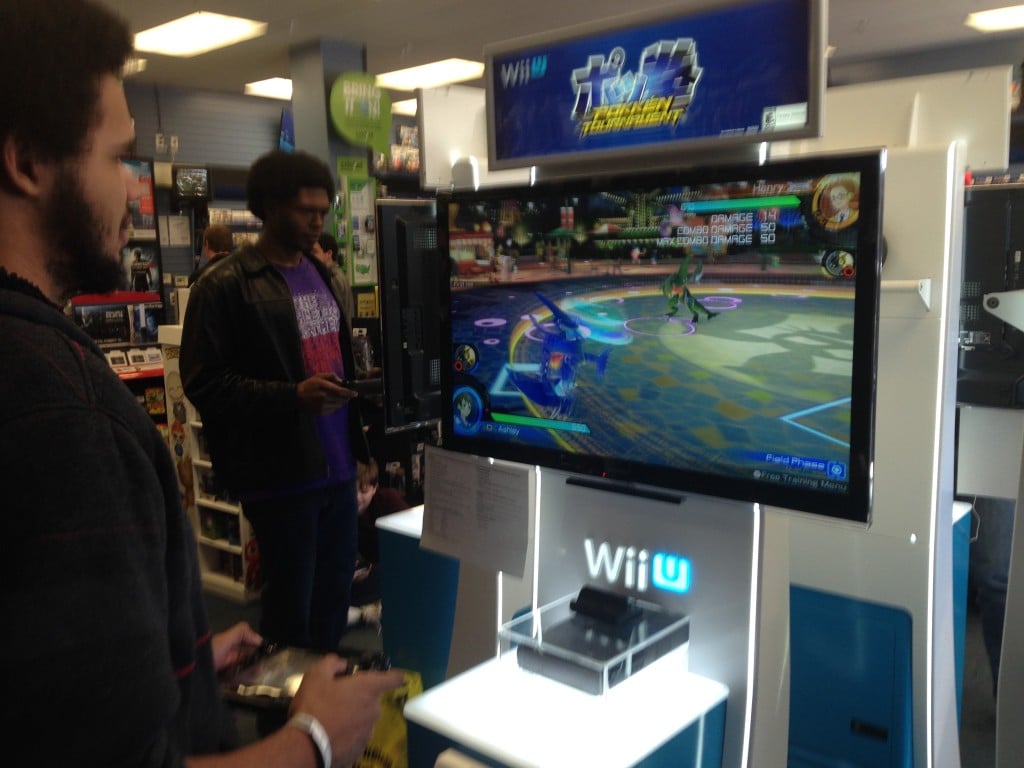 Despite the strategy involved in knowing how to control space and field type, Pokkén is rather simple control-wise. My friends and I compared it to Smash, where different moves were done by hitting a button and a direction on the D-pad rather than inputting something like a quarter-circle forward. This actually makes it fun to spectate, since everything looks flashy and is easy to do; however, mastering simplistic controls will only get you so far. The meta-game for Pokkén will probably evolve around controlling space and learning how to properly combo all of the easy moves and specials.

We had to play on the Wii U gamepad controller, as the special Hori ones were not present. It actually didn’t feel too bad, because Pokkén‘s controls were built around handling something akin to the Wii U Pro Controller. I actually could not imagine playing this game on a traditional arcade stick. I don’t really have much to say about the Hori controller, but since it’s a wired controller, it does look like a good investment for anyone looking to pick the game up for tournament play. For those of you out there who just want to unwind by playing some Pikachu Libre online, the regular Pro Controller or the gamepad will work fine.

Character variety was pretty good at the event. Everyone except Suicune was picked at least once, but I’d be lying if I didn’t say that Pikachu and Lucario were in about 60% of the matches in round 1. It seemed like more people were concerned with playing their favorite Pokémon rather than what was best or seeing something new.

Support choices were very limited. Despite all of them being unlocked, we were restricted to using Emolga/Fennekin, Lapras/Snivy, and Frogadier/Eevee. E/F and F/E put in the most work, thanks to the former’s ability to lockdown and remove pressure and the latter’s ability to boost damage and heal. The other options looked very interesting though, and I’m excited to see what they do when the full game drops. 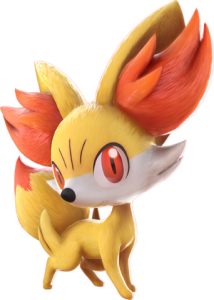 The real MVP of the day.

Out of everything though, one question I had going into the event was left unanswered: how does the game work for local multiplayer? Pokken’s field-swapping gimmick forces the camera to focus on the player’s Pokémon at all given times, while putting the opponent’s in the background. I wasn’t really sure how this would work with two players, but the setups used for the event made use of a LAN connection and had each participant on their own console that was linked to an adjacent one. I really hope this special mode makes it into the final version, as even the arcade game runs by hooking up two separate machines.

Pokken looks and feels great, and the Nintendo staff present at GameStop did an excellent job of making sure everything stayed as close to schedule as possible, while also bantering back-and-forth with the participants. If Nintendo goes forward with running the rest of their events in this fashion, I wouldn’t have a problem outside of the limited number of locations. I’m definitely more excited to play Pokken than I originally was, and I think it will be a great game when it hits store shelves in a few weeks.