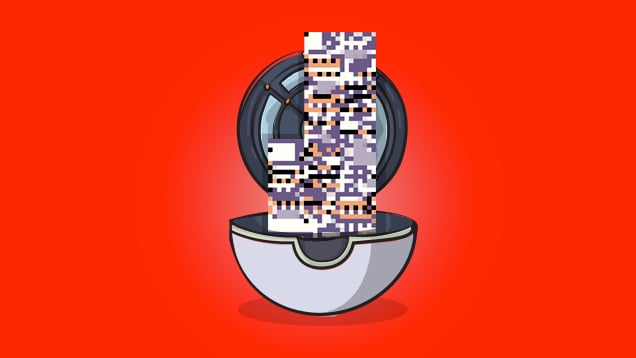 Pokémon Red and Blue became the source of countless urban legends and rumors when it first came to the States in 1998. Some stories were the typical school yard fare, whisperings among kids about the secret legendary Pokémon Mew hiding under a truck in Vermillion City, and theories about what happened to the father of Red, the protagonist. Some myths were eerier and more sinister. A handful of these magnificent tales are actually true, tales about a mysterious non-Pokémon Missingno and wacky ways to catch Mew. For those who have never played Pokémon, are simply don’t remember, Red and Blue house some of the greatest game glitches and exploits of all time. With Red, Blue, and Yellow coming to virtual console on the 27th, I figured what better time to share some game-changing glitches?  Here is a little how and why concerning two specific glitches, the Missingno and Mew glitches.

The Missingno glitch is now one of the most infamous glitches in all of gaming. Missingno itself is a dual type bird/normal, glitch Pokémon. Eagle-eyed readers might have already noted that bird isn’t a type featured in Pokémon, leading many Missingno enthusiasts to believe that perhaps bird is a placeholder type, or was what eventually led to the real flying type. In terms of how bird type differs from flying type, it behaves exactly the same as normal type, essentially making Missingno normal/normal type. That’s not the only duality where Missingno is concerned. Missingno also has the move Water Gun twice! How great is that?

In terms of appearance, Missingno can look different to different people. Not that the sprite itself changes, but depending on the player character’s name, Missingno may take a different form. More on that later. The most common and iconic is the left-most sprite in the image below, a sprite that’s often referred to as Missingno’s normal form. Three of Missingno’s sprites are actually sprites from elsewhere in the game. The ghost-looking one is how ghost Pokémon are featured in Red and Blue before the player has acquired the Silph Scope. The other two are fossil versions of existing the Pokémon Aerodactyl (center-right) and Kabutops (far right). Not featured here is the Pokémon Yellow version of Missingno, as, while Missingno is in that game too, our favorite glitch Pokémon tends to be far more game breaking in Yellow, so I HIGHLY DISCOURAGE looking for Missingno there.

So how do you find Missingno? The easiest way to find the one and only bird type Pokémon is through the “old man glitch.”  All you need is a Pokémon that knows the move Surf, a Pokémon that knows the move Fly, and to have visited Cinnabar Island, where the seventh gym is located. Begin by talking to the old man in the upper part of Viridian City who taught you how to catch Pokémon. He’ll teach you how to catch Pokémon once more, but hear him out. Then, fly to Cinnabar Island. Immediately walk to the eastern edge of the island and use Surf. Then, skim the eastern coast of the island without ever leaving the border separating land from sea. You’ll probably encounter all sorts of unexpected wild Pokémon with totally random levels. If you persist, you’ll eventually encounter the elusive and majestic Missingno.

Before any of that however, if you’re intent upon hunting Missingno this way, you should ensure your name is right. Remember how I said your name influences Missingno’s appearance? It may influence Missingno appearing at all! Using the “old man glitch,” if in the player’s name the third, fifth, or seventh character is the end-name marker, G, H, J, M, S, T, :, ], a, b, c, m, o, p, or v, normal Missingno should appear. Using the same glitch, if w is the third, fifth, or seventh character in the player’s name, Kabutops Fossil form should appear. An x in the same slots should cause Aerodactyl Fossil form to appear, and a y Ghost form. As a consequence of all of this, many people initially thought Missingno could appear in any game. The glitch was taught to me by my brother, whose character name was Mark. Being a four-letter name, the end-name marker was the fifth character, so he encountered normal Missingno. I named my character after myself. Spelled properly, Tim, or in all caps, TIM, both result in encountering normal Missingno. To ensure you encounter, and in the form you prefer, simply make sure your character name follows these criteria. In case you are curious why the “old man glitch” works, the dumbed-down version is that the game is programmed to refer to Pokémon as specific variables, and in the code of the game these variables are stored as powers of two. With an odd 151 Pokémon, the game’s creators had to generate 105 excess variables to reach the first usable variable, 256, as that’s a power of two. Missingno, or “Missing Number” isn’t a Pokémon that was removed from the game, as many assumed, but instead one of many filler variables when the game can’t decipher what Pokémon a player should encounter. When would this occur? Well, when a player is taught how to catch a Pokémon, their name impermanently changes to “Old Man,” only to be restored to normal upon the next encounter. In the mean time, your original name gets stored alongside the Pokémon variable data. Consequently, when the player Surfs the eastern border of Cinnabar, which mysteriously lack pre-programmed encounters, the game fills in the gaps by using the players name, allowing them to encounter these excess Pokémon variables, including the Ghost sprite, Kabutops Fossil sprite, and Aerodactyl Fossil sprite which are saved there.

That’s the short version of why the “old man glitch” works, and where Missingno comes from, but that doesn’t answer why players actively seek Missingno out. Practically speaking, by catching Missingno and using it in battle, the item in sixth bag slot will be duplicated, increasing by 128 unless that number already exceeds 128. That means unlimited Master Balls, Rare Candies, you name it. On a far deeper level, I think encountering Missingno is fun because it is something that’s not supposed to be there, something exceedingly strange and potentially powerful, as Missingno can appear at levels that exceed 100. Plus, with so many urban legends surrounding Pokémon (see the link in the first paragraph), and three of Missingno’s sprites being dead things, it is perfect fodder for spooky, bizarre stories explaining an abnormal circumstance. The “old man glitch” isn’t the only way to encounter Missingno, however. Another popular way is the “Mew glitch,” which players most often use as an easy way to obtain Mew in game. This glitch is less known overall, and if you haven’t ever heard of the glitch, it may be because, according to Bulbapedia, the glitch wasn’t recorded until 2003, five years after the games originally came out.

The glitch is relatively easy to execute. It merely requires a “long-range” trainer, one of the trainer’s who can see a player immediately as they enter the screen from a longer distance than most trainers, and a Pokémon with the move Teleport or Fly. The earliest point at which the glitch can be attempted is on Route Twenty-Four near Nugget Bridge, to the north of Cerulean City. It’s important to do this before you challenge the second gym, and being so early in the game, it requires Teleport, as Fly isn’t available yet. Luckily, Abra, whose only move is Teleport, can be found on the same route, twenty-four. To begin, clear the trainers on Nugget Bridge. Then, ensure the last Pokémon Center you used was Cerulean. Head back  toward Nugget Bridge, and after the bridge is crossed, head west until you hit the nearby wall. Walking down a few paces will reveal the Jr. Trainer we’re about to utilize one step to the right, and a few steps down. You may want to save here, just in case something goes wrong. Head up several steps, then step to the right one step and travel down. As soon as your character is in line with the water, the Jr. Trainer will see you. As soon as you are level with the water, hit Start, select Abra, and Teleport. As you vanish, an exclamation point should appear above the trainer’s head. Don’t worry if you can’t use certain buttons – it’s simply because the game believes the player to be in a battle at this point. If you’re in search of Mew, head right of the Pokémon Center at Cerulean, to which you should have teleported to, to the gym just beside it, and battle the first trainer visible inside the gym. After beating this trainer, exit the gym and head to the north toward Nugget Bridge once more. Once on the bridge, the Start Menu will automatically open, and closing it will result in a battle with Mew. The glitch is essentially tricking the game in to believing the player to be in a battle, a battle that the player escapes from, resulting in the game reading incorrect values that it anticipates to be there. For the glitch to work properly, another trainer must be battled, as that is what the game initially expected to happen. Consequently, nothing will happen if the player enters a battle with a wild Pokémon. By battling a different trainer, however, the game misreads values, borrows the Special stat value of the last Pokémon battled and replaces it with an index number, in the this case twenty-one, which corresponds to Mew. This is where the glitch gets fun, as battling different Pokémon after escaping the Jr. Trainer west of Nugget Bridge results in different wild Pokémon appearing typically at level seven, a result of the last Pokémon battled’s attack stage modifier. This can result in some humorous encounters, including some with fully evolved Pokémon at level seven, way earlier than they should be encountered. I highly recommend experimenting and battling random trainers to see what wild Pokémon you encounter.

To manipulate this, players can control the Special stat of one of their own Pokémon and then battle a ditto who’ll transform in to a copy of the player’s Pokémon, matching its Special stat with that of the player’s. This way, the player can encounter specific wild Pokémon with an index number than matches the Special Stat of a different Pokémon. By using a Pokémon with a special stat that exceeds 190, a player can encounter different glitch Pokémon, including Missingno in all of its forms, giving us another method to encounter our favorite glitch Pokémon. Pokémon Red and Blue are phenomenal games, and no great game is complete without some equally great glitches. The Mew glitch gains players access to a mythical Pokémon only available via distribution otherwise, as well as some unexpectedly under-leveled Pokémon. The old man glitch, on the other hands, allows players to encounter the mysterious Missingno in levels that exceed previous limits. So, when Red and Blue come to the 3DS on the 27th, I sincerely hope you keep these glitches in mind as you train to be the very best, like no one ever was. What better way to prove your Poke-prowess than to catch all 151 original Pokémon and then some? Happy hunting, and a very happy Pokémon Day.