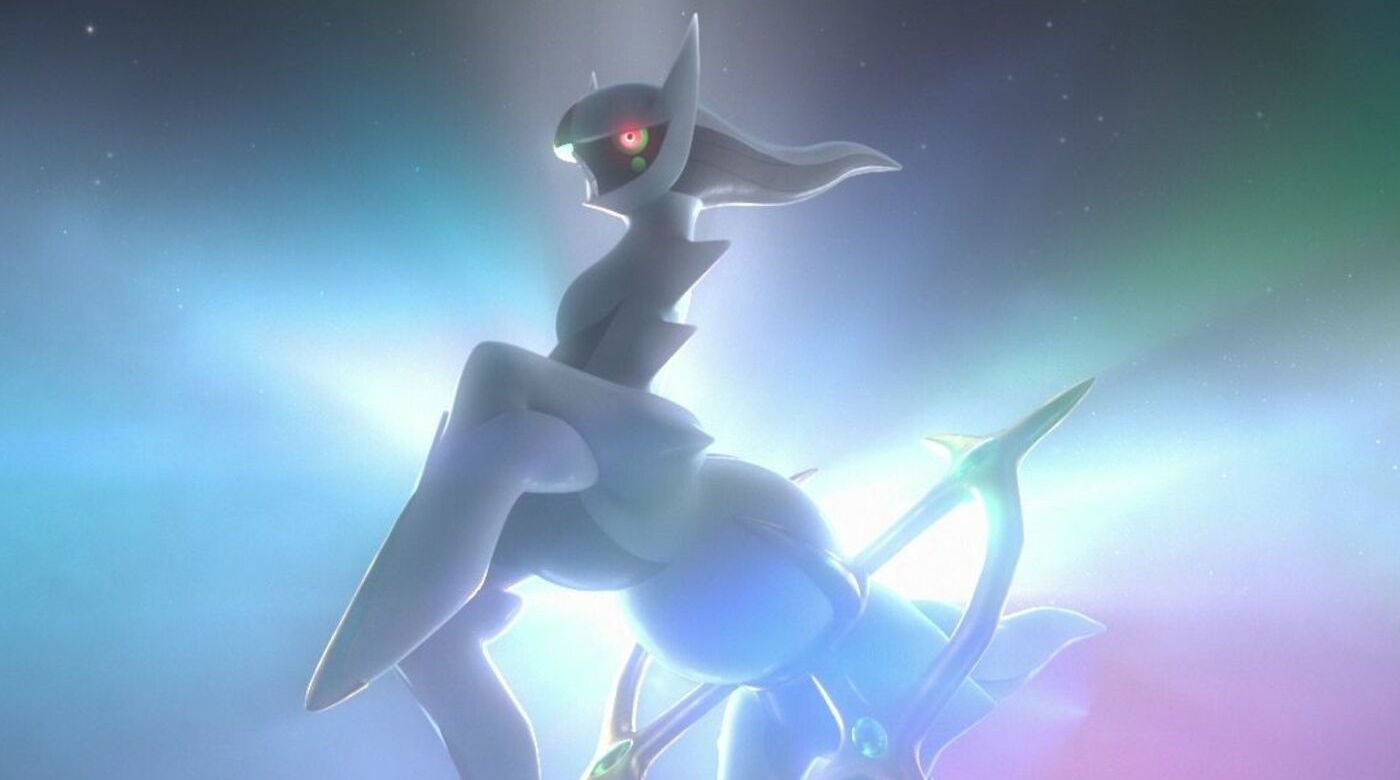 Considering Diamond & Pearl’s cover legendaries can bend the flow of time and space, the idea that a Pokémon trainer from the future could be sent to an ancient Sinnoh region is rather acceptable. With the release of Pokémon Legends: Arceus, players are immediately thrown for a loop as they discover during the opening cutscene that the protagonist was sent to the past by Arceus himself. In this breakdown, we will help you understand how time travel is inserted into the story of Pokémon Legends: Arceus. Of course, spoilers ahead for anyone who has not completed the opening tutorial and game itself!

Where Did The Protagonist Come From?

First of all, canonically speaking, Akari and Rei are the official names of the female and male protagonists in Pokémon: Legends Arceus. Before understanding why and how they are in the Hisui region, it is important to note the time and place the two are from. While the game does not directly say where Akari and Rei came from, Pokémon fans at the very least can infer what region they probably lived in. Before the player becomes part of Team Galaxy’s Survey Corps, they are sent off to do their first mission in the standard attire they arrived in. While the characters’ clothing may seem to be generic modern Pokémon clothing, there is more than meets the eye to both of them.

The key element that tells audiences where and when the protagonists came from can be attributed to their t-shirt designs–or at least more so Rei’s than Akari’s. For audiences who choose to play as the male counterpart, Rei’s shirt design comes from Pokémon X & Y’s Kalos region. In the 3DS game, the same “Logo T-Shirt White” could be obtained in several different color combinations. The basic color scheme the player is wearing is the same one X and Y trainers actually start with (it is the exact shirt the male protagonist wears under his jacket and can don as soon as they unlock trainer customization).

Meanwhile, Akari’s shirt gives off an Alolan vibe that pictures a palm tree, Luxury Ball, and flowers. Unlike Rei’s shirt, Akari’s design has not appeared in a prior Pokémon game. However, the shirt does notably have several similarities to Sun & Moon’s various tank outfit options–but again, there is no major connection in her design that links to a past region.

As for the phone the protagonist has that Arceus powers up, a similar device can be found in Pokémon Sword & Shield. While the two are controlled by different species, Rotom previously was used to create a technologically enhanced Pokédex phone hybrid dubbed the “Rotom Phone”. It also should be noted that the Rotom Phone is often confused with the Rotom Pokédex which was a standard encyclopedia controlled by Rotom in Pokémon Sun & Moon.

So Why is There Time Travel?

Explaining why there is time travel in Pokémon Legends: Arceus is complicated because there is no definitive reason for its presence. Arceus undoubtedly brought the protagonist to the past for a reason, however, whether that was to keep the peace between the Diamond and Pearl Clans or to stop Volo’s ultimate plan is unknown. The most logical explanation would be that the protagonist needs to stop the sudden Alpha Pokémon phenomenon, but Arceus’ words during the opening cutscene even seem to contradict that explanation.

Arceus simply asks the player to discover every Pokémon and they shall find the creator again. By the end of the player’s journey, Arceus is overjoyed after seeing another human achieve their goal of having every Pokémon walk alongside them. Arceus then allows the player to capture him so he may walk the lands of Hisui with other people and Pokémon once more.

Unlike the why factor, how the protagonist came to the ancient Sinnoh region called Hisui has a simple answer: the power of Arceus. There is no complicated explanation involving Dialga or Palkia that explains the game’s time travel. At the beginning of Legends: Arceus the mythical Pokémon brings the protagonist to a black void where he uses his abilities to send the trainer back in time.

According to the Professor and other members of the Galaxy Team, the protagonist fell from the distortion shadowing Mount Coronet and The Temple of Sinnoh (later referred to in the future as Spear Pillar in Pokémon Diamond & Pearl, Platinum, and the recent remakes). Those who have completed Legends: Arceus or have seen the Pokémon’s original event appearance are of course aware that Arceus lives above Mount Coronet at the Hall of Origin and can only be seen with the Azure Flute.

Perhaps Game Freak wanted to make excuses to incorporate future technology into the past? Maybe there is time travel because the developer was not sure whether Legends: Arceus would be a one-time deal or a future stepping stone for another Pokémon narrative? No matter how we look at it now, there is no clear purpose for time travel being present within this entry of the series, but perhaps someday soon audiences will get more lore to back up its existence.

Who Else Traveled From The Future to Hisui?

There is only one character outside of the protagonist who came from the future in Pokémon Legends: Arceus. The warden Ingo who lost his memory after falling through the dimensional rift was formally the Battle Subway leader in Pokémon Black & White and Pokémon Black 2 & White 2. While he may not remember the details, Ingo had a little brother named Emmet who was also an enthusiast for railways, and together the two served as the bosses of their underground battle hub under Gear Station. In the Unova region, Gear Station served as the main connecting train line in Nimbassa City for the subway.

The reasoning as to why Ingo was pulled into the past by Arceus is completely unknown, but throughout the story he does gain tidbits of his memory and even reminisces about his former life in the modern day. While the character definitely showcases himself as a leader and a crucial asset to the player’s journey in Legends: Arceus, Ingo never plays an important role that controls the narrative. If anything, his placement alone as the only trainer to be featured from another Pokémon game is baffling.

Perhaps if Pokémon Legends: Arceus receives a DLC expansion similar to the Crowned Tundra we will be able to see the time travel aspect of the story further unfold. Until then, audiences will have to come to terms with the little bit of information they have!