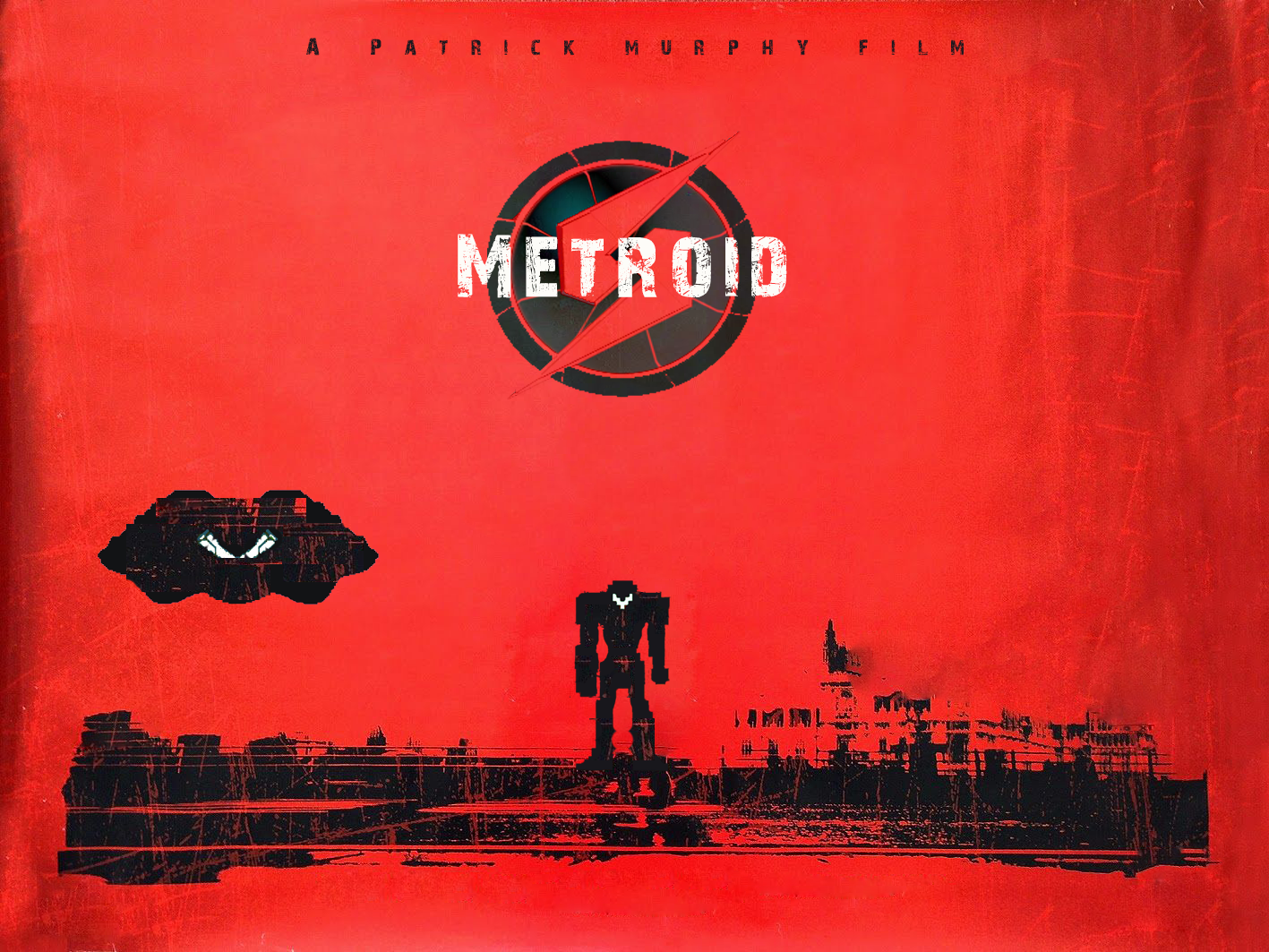 In a recent interview with Fortune, master game creator Shigeru Miyamoto hinted that Nintendo might be open to discussions about the possibility of the company getting involved in movies again. Whether that means more internal productions, like Miyamoto’s own Pikmin shorts, or god forbid another live-action adaptation of one of its iconic franchises, is anyone’s guess. Our NXpress podcast crew recently discussed the idea a bit, and their unanimous conclusion that if anything was going to get the Hollywood treatment it should be Metroid, as well as the news that FOX is developing a Mega Man movie, got my inner screenwriter thinking: what Nintendo game worlds are most ripe for the film world? And more so, what kind of movies would I personally make them? Anything could be animated, so that’s too easy; live-action only is the name of this game. Of course the company is so damn careful with their image these days, most of these incredibly amazing ideas probably would never get through the door, but here are my top five pitches for Nintendo movies I’d like to pen:

5) The Legend of Zelda

Let’s get this out of the way right now: Link shouldn’t talk. Ever. I wouldn’t give him one peep to speak for the entire running time, and it would work. How? Easy. Just pair him up with someone more important to the actual plot and let that character talk their head off, Steve Buscemi-style. The titular princess herself should do nicely, in a melancholy, guilty-about-the-fate-of-her-people kind of way. Link is the wandering hero, a man out of place and time with no connections to the world anymore, only a vague prophecy deeming him a savior of the ages, preventing him from having a life of his own. What could he possibly have to say? Fate sucks. Instead it would be Zelda who drives the story, a woman fighting for the freedom of her oppressed Hyrulian kingdom. Escaping from the clutches of Ganon’s moblin minions, she bumps into the reluctant green-clad warrior (who just wants to be left alone) and drags him into his “destiny”, teaming up with an assortment of classic Nintendo weirdos like The Postman and Beedle along the way to form a ragtag band of misfits set to take on the evil plaguing the land. Link learns to accept his mythological role in the universe, and Zelda goes from princess to queen the moment she pierces Ganon’s swinish heart with the metaphorical Light Arrow. Naturally, Tingle makes an appearance as an Obi-Wan Kenobi figure who everyone pretends somehow is perfectly acceptable.

If you’re like me and saw Speed Racer three times in a row on a flight back from Europe, then you know exactly why I’d be super excited for this franchise to make the leap to the big screen, but add to the acid-trip visuals a darker zaniness showcasing the enormous pressure and emotional peaks and valleys accompanying racing F-Zero machines powered by G-Diffusers in the 24th Century’s F-Max Grand Prix, and you’ve got a mainstream megahit. Humans and aliens mix together (in every way imaginable), as the first tournament in seven years after the death of the legendary Sterling LaVaughn in the “Horrific Finale” is about to take place. A new champion will be crowned by the wealthy industrialists who medicate the galaxy’s peons with gladiatorial racing and illegal narcotics smuggling. Bounty hunter Captain Falcon goes undercover as he competes both on the track and off the track with his arch nemesis Samurai Goroh, a criminal mastermind and former partner on the force who burned him big time. Falcon seeks to stay focused on exacting revenge from his old “friend” while slowly succumbing to the drug-fueled hardcore party lifestyle of his fellow adrenaline junkies. Spectacular crashes occur.

Little Mac has finally made it to the top. After flattening the beast that was Mr. Dream, he’s bigger than the Italian Stallion and Drederick Tatum combined. But with wealth and power comes decadence, and Mac falls victim to the old axiom that mo money equals mo problems. Ignoring Doc’s sage advice to join a wholesome club, he mixes business with pleasure and winds up on the wrong side of a Mafia debt. Over-sexed and over-boozed, he fires Doc in a drunken rage, takes a dive in his title defense, and watches everything he fought for crumble away until he’s just another bum without a gym locker. No mansion, no ex-model girlfriend, no friends. Give up? Retire? No way. Hat in hand, Mac seeks out his old mentor, dons that handsome pink jogging suit, and starts training for his comeback. Refusing to compromise his integrity this time around and declining to play ball with the Mafia, Mac is faced into taking on organized crime’s best bruisers in the ring, who will stop at nothing to prevent him from exposing their fight-fixing racket. Guys whose names clearly telegraph their day jobs as hired goons, like Glass Joe, Bald Bull, Don Flamenco, and King Hippo line up one by one with blatantly illegal tricks up their sleeves, but each also with a fatal flaw that takes Mac back to where he began, where he must choose once again between the glory of the belt or the righteousness of justice.

It’s a classic setup: newcomer arrives in a cheery, idyllic town only to discover that everything isn’t quite what it seems… One summer morning, a woman disembarks the ten o’clock steam train at Animal Crossing station, her entire worldly possessions fit neatly into two travel-worn suitcases, ready to start her new life of freedom from employment. Helped by a porter named Porter and not weirded out at all by the fact that he’s a humanoid monkey, the woman, who the rest of the anthropomorphic multi-species population refer to simply as The Villager, purchases an overpriced home and settles into the charming, bucolic lifestyle of randomly planting flowers, shaking trees for food, fishing for rent, and figuring out how to make decorating one room in a small hut somehow interesting. Life is good, the world is in harmony, at peace. Seasons change, however, and once the leaves begin to fall, The Villager notices that her good friend Boomer, a lazy penguin and possible pilot, has mysteriously stopped coming around and asking her to run useless errands in exchange for cheap t-shirts or wallpaper. Hey, no big deal; people come and go in Animal Crossing all the time, right?. Maybe. Or maybe one night blues guitarist K.K. Slider lets a secret slip from the shadows of Club LOL that sets The Villager down a quaint walking path to uncover the dark and twisted secrets buried beneath the rustic façade. Hint: it’s not just dinosaur bones.

One Line: The Englishman Who Went Up a Hill But Down a Mountain meets Twin Peaks.

Was there ever any doubt? This needs to play out like the majority of the games, where isolation and exploration are the overriding elements. Bounty hunter Samus Aran has crash-landed on an uninhabited planet on the far edges of a frontier system, shot down in her never-ending pursuit of the Space Pirates. Surviving with all of her powers intact (amazingly), she is marooned in the dense jungle environment, solitary outside of her Wilson, the silky-voiced onboard operating system, A.D.A.M.. Work begins on repairing her ship, but lacking the proper materials she comes to the realization that she may be stuck. Days go by, with Samus setting out into the unknown, expanding her knowledge of the environment, alert to the dangerous alien world around her, occasionally having to kill some of it. The ruins of an ancient civilization, long extinct, provide not-at-all-boring data scan points, filling her in on the tragic downfall of the native culture, and hinting at the foolish bio-engineering of a creature so deadly its propagation could threaten all existence in the universe. One night while quietly eating rations and contemplating the campfire, she hears the familiar but dreaded croaking chirp, and discovers that the life-draining metroids she had hoped were eradicated live on, subject to the experimentations at a secret research facility run by her enemies. Despite Samus’ cautious approach, A.D.A.M. curiously insists on infiltration of the base, and so duty-bound she enters, ready to face the terror of her nightmares and confront the lethal grotesqueries of the Space Pirate organization, only to deal with ultimate betrayal by her own species and the resignation that she is all alone in the universe.

One Line: It would be easy to say Alien meets Castaway, but I’m going with All is Lost meets 2001: A Space Odyssey meets 28 Days Later.

Personally, I’d rather Nintendo never get into the movie business, but if they do, I hope they don’t play it safe (please, oh please let me do Animal Crossing). So those are my pitches; what Nintendo franchises would you like to see turned into movies?