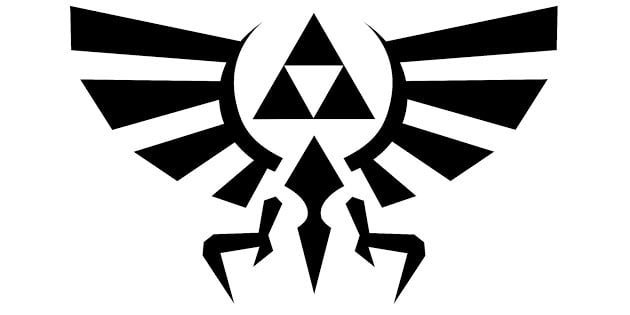 This seems to be Nintendo’s overriding philosophy for how story is handled in the Legend of Zelda games, and while fans have often expressed a desire for a the kind of plot-driven complexity and in-depth, spoken dialogue that has become commonplace in contemporary RPGs and adventure titles, Zelda games have remained relatively simple and silent when it comes to telling their tales, and for good reason. While story can be entertaining, legend can last forever, and what Nintendo has learned from the staying power of the world’s oldest stories is that the power is not in the words, but the images they convey.

Anyone who has been forced to read The Epic of Gilgamesh for school undoubtedly knows that the English language was still a couple of millennia from its genesis when this Mesopotamian text was first transcribed onto clay tablets, and though the dialect used in scripting its original form is long since out of use, the story has nevertheless survived. While writers in all media attempt to structure and hone each and every sentence of dialogue, turn of phrase, or expository paragraph, myths like Gilgamesh or the Greek and Roman epics and anthologies have been endlessly translated for readers across the world over the centuries, relying not so much on capturing what is written, but on capturing the imagination. 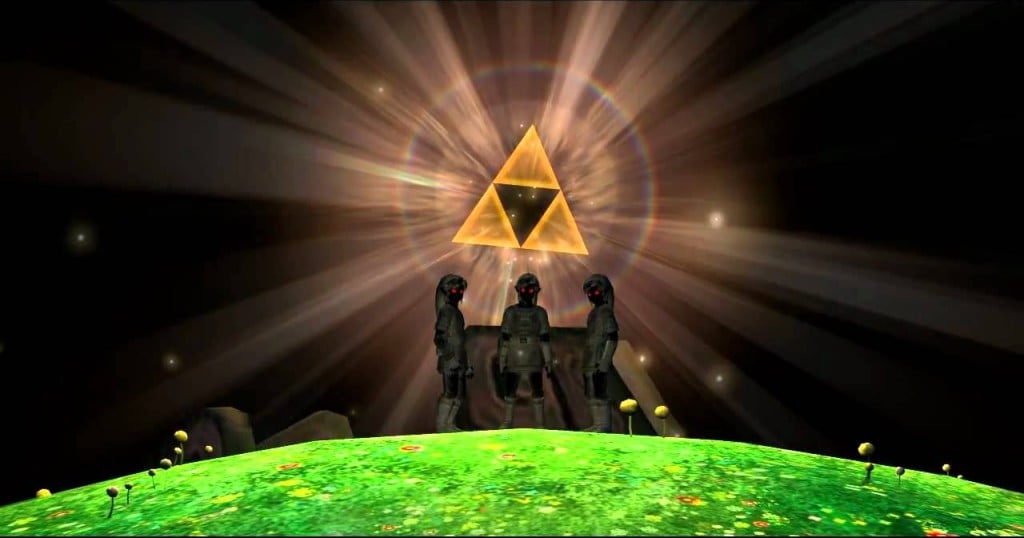 Of all video game series, the Legend of Zelda franchise may encompass this idea best. Its bare-bones plots are simply a vehicle for pictures, and those pictures are what have attached themselves to the minds of fans, not the occasional words that accompany them. Since the very first time Link raised a sword over his head, Zelda players have been inundated with classic mythic archetypes, subtle (or sometimes not) references from old stories that cross cultures and speak to mankind as a whole, more than any dialogue could. The recognizable fantasy settings of secluded forests, dark caverns, and fiery mountainsides are a given; it’s the details where Zelda really sets its tone and suggests a greater meaning.

The cross on Link’s shield from the NES original calls to mind western religion and the Knights of Templar, and their quest for the Holy Grail. The wings spread across the Hylian shield wouldn’t look out of place as an Egyptian Hieroglyph, an ode to the gods. An immense flood destroys the Hylian civilization, a common device that signifies rebirth. The Great Deku is an obvious reference to the Tree of Life, or Sacred Tree found in religion around the world. Obi-Wan Kenobi-like sages offer guidance (and weapons) typical of such age-old helpers. The Master Sword pulled from a stone in a secluded glade hearkens to Arthurian legend and gaining power from the Earth, while cyclops beasts, multi-headed Hydras, and even the angular symbols covering a certain sailing-based entry’s pottery give off an adventurous Greek vibe. These images need no explanation, no exposition to get across what they’re meant to; our brains recognize them instantly, an effect of humanity’s cumulative tradition of lore.

There is no more efficient way of storytelling, no quicker way to set the mood. Because of this, no picture is taken for granted in the Zelda games, as a casual read through Hyrule Historia confirms. The symbol for the Triforce has existed for nearly a thousand years, as the family crest for a clan called the Hojo, but the tripartite nature of the icon is a common motif in myth and religion spanning many cultures over the entire globe, and Nintendo has wrung plenty mileage out of the trinity it represents, the goddesses Din, Nayru, and Farore. Elemental motifs of fire, wind, and water are tied to the goddesses and designated by red, green, and blue, primary and secondary colors that intrinsically connect to the concepts they represent. Several entries in the franchise have Link donning outfits of the same shades, thus enforcing his innate goodness and divine favor, and emphasizing that he really is the fated Chosen One, not a mere ordinary hero, but something deeper and more timeless.

Of course, as technology and what players expect from games has evolved, Nintendo has had to include a bit more narrative than what older entries supplied, but they’ve hardly abandoned their visual focus. Adhering to the idea that audiences tend to remember only the first and last five minutes of a long speech, the tellers of Zelda stories have marked the starting and ending moments for relating the majority of the actual tale. However, even these (relatively) exposition-heavy bookends contain imagery meant to supplement or even surpass the power of the text. Consider the opening scroll of The Wind Waker: while the words tell a familiar story, the crudely drawn and ancient-looking images in the background are what really paint the picture, looking as if they were recovered from the archaeological dig of a lost, ancient civilization. The Triforce shines like the life-giving sun, while the swine form of Ganon alludes to his aim of devouring the land. The boar is an oft-used metaphor in myth, and in many cases connected with death. Nintendo could not have chosen a better depiction.

The endings are just as reliant on the “show, don’t tell” philosophy, often merely focusing on presenting all of the various characters met along the journey. After all, there’s no better way to tell how far you’ve come than by seeing where you’ve been. Simple? Yes. And that’s a good thing. Complaints that the Zelda plots aren’t compelling enough are missing the point. While players may not remember the specifics of each of the numerous entries, who the villain was and how they planned on resurrecting Ganon this time, the story of a young lad saving a far away kingdom from an evil force is as powerful and memorable as the first fairy tale ever told. And retold. And retold again, for generations.

Sure, Nintendo could try to pull off a story-driven saga similar to the Mass Effect franchise or The Witcher games, but those titles, while immersive and satisfying, are ultimately as digestible as the latest HBO series, destined to fade from memory as the years wear on. They are intricately woven webs, fragile and dependent on the environment they exist in. However, with what is essentially a retelling of the same basic story over and over again, featuring a little green elfin guy who slays a pig monster with the help of a princess and saves a kingdom, the legend of Zelda has persisted for three decades now, and doesn’t look to be waning in popularity anytime soon. Utilizing the power of its imagery instead of its words, The Legend of Zelda series has forsaken saga for myth, and in doing so has connected the Hero of Time to all time.