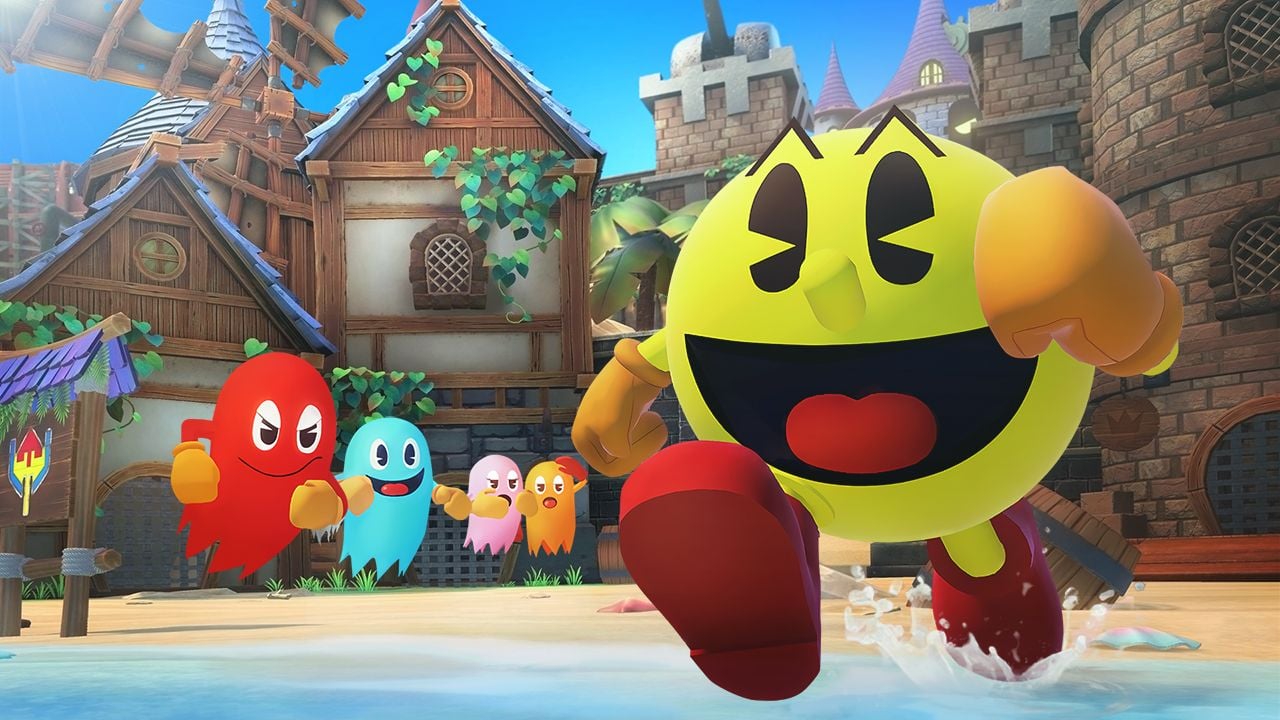 Following up this past May’s Pac-Man Museum+, Now Production is back for a second rerelease this year in Bandai Namco’s ever-expanding franchise. As the developer jumps from their arcade onslaught to a focus on the PlayStation’s 3D roots, Pac-Man World Re-Pac is yet another remaster from the yellow icon’s trove of experimental adventures fans shouldn’t miss out on even if it suffers from several issues. Like Namco’s recent Klonoa Phantasy Reverie Collection, Pac-Man World Re-Pac stands in the same line of fire as the publisher’s other remasters, as a decent-enough update does little to fix its actual content.

For the uninitiated readers, Pac-Man World was a fixed camera 3D platformer that first debuted on the original PlayStation back in 1999. Created to celebrate the arcade icon’s 20th anniversary, the game was intended to spearhead Namco’s character in a new direction amidst taking plenty of inspiration from his famous debut title. While the game was a massive success that spawned multiple sequels and spin-off games, Pac-Man World as a franchise has been kept mysteriously quiet for a number of years–it was seemingly the one era of Pac-Man games Namco would never acknowledge for the longest time despite their positive mostly reception.

By today’s standards, Pac-Man World holds up rather well, even if it may not come close to outclassing the likes of many cream-of-the-crop platformers from its era (think Crash Bandicoot and Spyro the Dragon). While Re-Pac may seem like a golden opportunity to potentially reach the high bar of the genre’s best, the remaster sadly does not give Pac-Man and his first 3D adventure a big bounce.

For those looking for a full-blown remake of the original PlayStation game with fixes to some of the gameplay’s noticeable flaws, you are expecting way too much and are out of luck with this one. Pac-Man World Re-Pac focuses on a visual overhaul and adding a few quality-of-life improvements to the original PlayStation game. Like Namco’s recent Klonoa package, there is sadly no new content or extra bonuses to feast on here that celebrate Pac-Man or Pac-Man World. However, that’s not to say such content is entirely necessary.

If you have played Pac-Man World before, you already know what you are getting into. After some licensing and character changes over the years, this iteration of the game has Pac-Man on a quest to save Pac-Mom, Pac-Boy, Pac-Sis, Professor Pac, Pac-Buddy, and Pooka from the evil Toc-Man, a ghost engineer hiding beneath a monstrous robotic Pac-Man suit. Aside from the absence of Ms. Pac-Man, it’s the same tale as before told with newly directed cutscenes that pay homage to the PlayStation game and replace some of the less culturally accepted actions seen in the original (no one is petting Pac-Mom or capturing her in a bag in this iteration).

Unchanged from the original, the player must traverse six worlds while collecting a whole lot of fruit and power pellets along the way. Each world has a boss to beat, but the main objective players must accomplish along the way if they want to see the game’s ending is saving Pac-Man’s family. By discovering secret keys, Pac-Man can free his family from cells found within select levels.

Just like when the game first came out, poking around each level to find every collectible in Re-Pac is still a blast despite the rewards for completion being notciably minimal compared to its competition. Each world holds up rather well, thanks to the fluidity of Pac-Man’s movement. Pac-Man’s moves never evolve throughout Pac-Man World, but the game feels well catered to its initial establishment. The controls are buttery smooth and fun to work with as Pac-Man is given different obstacles to conquer. The platforming and enemy placements are able to justify each action Pac-Man has even if their usage could be more prevalent.

In terms of the main 3D adventure gameplay style, there is not much to complain about when considering that Re-Pac is, after all, a rather simple remaster of a game from 20 years ago. Pac-Man World is a product of its time and a series that became something more ambitious with its two sequels. The series debut has “first entry” written all over its design. There are some adjustments to make the bosses less infuriating and levels are still relatively easy, yet there was not much Now Production could have done to the game if they really wanted to modernize the first entry with a remaster. However, that is not to say fans would have liked to see some major changes to the game.

Considering how much effort went into creating a graphical overhaul and fixing up some of the boss battles, it’s a shame that the same problems hindering the original release are still almost all present in Re-Pac. Despite all the effort put into this remaster, the Maze Mode is still the worst aspect of Pac-Man World. These short arcade-esque levels were in dire need of technical adjustments then, and they still need them now. Maze levels do not feel properly articulated to match the classic gameplay format or Pac-Man’s 3D environment speed. The player can be so much slower compared to the ghost, and many of the mazes themselves can be way too small to traverse. Considering the original Pac-Man arcade game is still unlockable in Re-Pac, the slow pace and poor design of the Maze Mode feel like a slap in the face.

Maze Mode was going to be unfixable with just a graphical update, but strangely enough–and somehow again for Bandai Namco–the game’s mixing of old sound bytes and modern overhauls ruins Pac-Man World’s sound design. The game’s audio is not as unpleasant as Bandai Namco’s Klonoa Phantasy Reverie Collection, but there are many effects and voice clips that feel contradictory to one another in terms of quality. On a side note, the original PlayStation release’s voice acting has strangely been replaced in this release with inaudible gibberish. Considering how much Namco has been recently going through to retcon the fact that Pac-Man could ever speak, the change was expected, but the replacement isn’t any better than the original dialogue.

Even if the game’s audio update is a mess, Now Production didn’t let down with remastering Pac-Man World’s graphics. This is seriously the best Pac-Man has looked in 3D to date. Each level and world still has a chunky block look to them, and every character has quite a bit of detail–especially Toc-Man who shines in personality compared to Pac-Man. The user interface elements pulled from Museum+ that are being reutilized for Re-Pac also deserve to be highlighted. Considering how Museum+ got quite messy with its menus, it’s great to see how streamlined Now Production made Re-Pac when it comes to navigating menus and jumping between game modes.

Pac-Man World Re-Pac holds up rather well in the face of this year’s incredible 3D platformers, competing remasters and reimaginings, and collections of icons. Like Bandai Namco’s other recent remasters, it’s just a shame the game can often feel as if it could have done more revisions or included more content to celebrate Pac-Man World’s history. If you adore the original PlayStation game, you will not be disappointed with what Re-Pac has to offer–it’s no doubt the best way to play Pac-Man World. For those who never grew up with this iteration of everybody’s favorite ghost muncher and are willing to look past some of its aging flaws, you will certainly have an entertaining platformer on your hands.