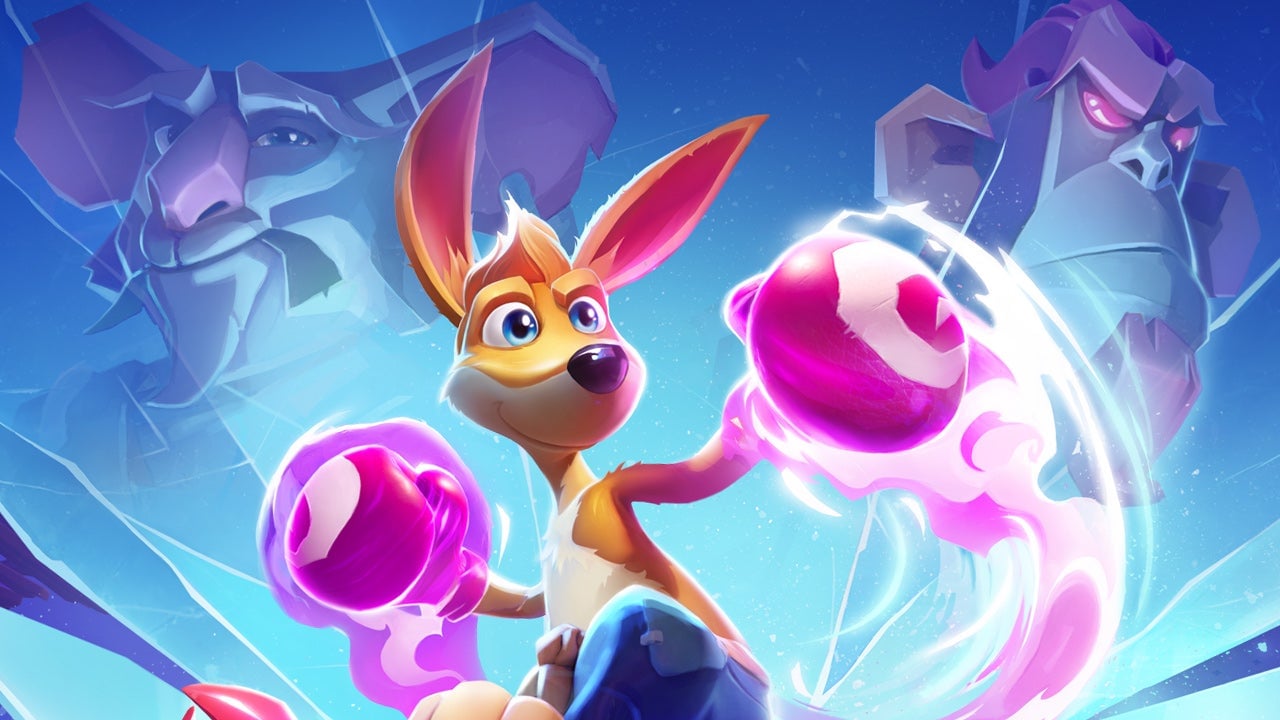 Tate Multimedia’s Australian mascot who found fame on the Dreamcast has returned to modern platforms, but his comeback is by no means a homecoming to celebrate. The feisty kangaroo Kao is not at all ready to pounce at his competitors and inspirations today. Kao the Kangaroo shows the basis for something glorious, but this reboot never packs the necessary punch to be a competent and worthwhile 3D platformer. If anything, Kao the Kangaroo is strong evidence that Tate Multimedia has not learned anything from their previous releases. The newest iteration of their character stumbles through a glitchy and eye-rolly world that only comes off as a could-be cookie-cutter for a better game.

For those who have never heard of Kao the Kangaroo before, Tate Multimedia’s creation was one of the many b-list 3D platforming mascots that attempted to break big just as the genre was rapidly evolving. Kao was part of that period where characters like Ty the Tasmanian Tiger and Blink were all attempting to take a crack at the platforming pedestal that Mario and Crash Bandicoot had pioneered. The Kao series did have its charm, but like many of the other failed platforming names of its time, the games had trouble in terms of precise controls, imaginative level design, and keeping up with an overall cohesive structure.

After well over a decade and a half of being missing in action, almost nothing has really changed. This new reboot continues to fail at refining many of the problems Kao has always faced while also adding more modern conundrums to the mix. Unlike Crash Bandicoot, a fellow marsupial who has once again risen to fame thanks to developer Toys For Bob, Tate Multimedia has not allowed their character to properly evolve. What will be to the pleasure of few and to the displeasure of many, Kao the Kangaroo is just another Kao game lost in the modern landscape of 3D platformers.

All in The Wrong Pouch

Kao the Kangaroo was never strong in terms of storytelling, and the same absolutely applies here–which shouldn’t be a big deal for a game keen on gameplay, but it is. While jumping and fighting are indeed the reboot’s focus, it wastes a lot of time focusing on its annoying anthropomorphic cast that is never given the witty dialogue players would hope for or time to properly flesh out into likable characters. The story is nonsensical and dreadful while the dialogue and voice acting never land well. It is an extremely stilted chain of events that players will no doubt want to quickly skip over.

Like the original Kao games, there is often a lack of explanation in the story despite there being a number of cutscenes and characters to interact with. What has always held Kao’s world up in the past was the aesthetics and characters. Even if Kao the Kangaroo is always building upon a world that never needed to be fleshed out, beyond all the awful dialogue and poor performances is at the very least an art direction that acts as one of the game’s few saviors. The reboot’s art direction clearly draws a ton of inspiration from the recent Crash Bandicoot remakes and Toys For Bob’s fourth game, It’s About Time. Graphically speaking, it is of course not as strong as the Bandicoot’s latest endeavors, but it is still appealing and admirable for a small studio.

Aside from the colorful graphics, Kao the Kangaroo sees its only other upsides in the game’s controls. Surprisingly enough, Kao the Kangaroo’s platforming and combat feel well-weighted and tight. Movement, jumping, and fighting all feel great. It arguably makes the game one of the comfiest 3D platformers players can pick up–again, at the very least in terms of the basics of gameplay. Yet a good base control scheme will only get you so far in an adventure that never has any true variety or depth. While Kao the Kangaroo does introduce fire, ice, and electric elements to fight and solve puzzles with, the reboot never has game-changing aspects or exciting features to help spice things up; the game never expands upon what it has or challenges players to be creative.

Simply put, Kao the Kangaroo is uninspired and repetitive. Despite there being multiple routes to collectibles in levels, every stage is superlinear. Combat comes with weight and seems expansive on the surface, but there is not enough control to tinker with as every move does almost the same thing. The puzzles never have players doing anything thought-provoking as they essentially add more button prompts for players to click before having to do the same platforming. There are collectibles and costumes to collect between the A to B levels, yet nothing feels worthwhile as the majority bafflingly have no end reward. Not even the Eternal Well bonus challenges care to mix things up; these bonus levels are never challenging as they all require basic platforming to traverse and fail to utilize any unique elements or mechanics.

Kao the Kangaroo has a great basis but never works alongside its actual strengths. Cohesive hub worlds, a structure for great combat, precise platforming, and creative scenic atmospheres are never used to their potential. The platforming and action upsettingly play out as generic as any platformer could be while the actual collectibles players are supposed to hunt have no purpose. What Kao the Kangaroo needed most though was a break period before jumping into the ring that is the consumer hands.

A Coat of Polish That Will Knock You Out

Kao the Kangaroo often dabbles into the problems that diluted the 3D platforming genre for audiences over the years, but more importantly, the bugs and unfished aspects of the game drag down the experience it has to offer. The overall lack of polish in Kao the Kangaroo often kills its world that, once again, looks rather appealing when it actually works. The game can be an absolute mess of bugs and glitches–and that is no exaggeration.

During my time playing Kao the Kangaroo, there were times where I found myself opening up crates of coins only to be greeted with no reward after picking up the treasure. On several menus and text boxes, button prompts were yet to be changed from other versions of the game. There were plenty of instances where graphics were not properly loading. The sound design is disastrously articulated and often works at a less than functional level. While there are good tracks sprinkled throughout Kao the Kangaroo’s score to highlight, the game’s sound mixing and consistency are blimey. In nearly every level of the game, the sound design had either glitched and gone silent or would be incredibly louder than everything else on screen.

Kao the Kangaroo is completely beatable, but it is littered with issues that can either be laughable or frustrating. Perhaps the game will be improved with a day one patch from Tate Multimedia, but the version I played was sprawling with technical problems every step of the way. The game’s hub worlds were seemingly the only safe spots from the barrage of technical problems every individual level was being hit with.

Stick to The Other Marsupial

Kao the Kangaroo is trapped in a position where all of its cracks and holes show a need for more development time and a final coat of polish. Tate Multimedia has taken Kao through quite a number of adventures, but his newest reboot shows a lack of awareness. While its core gameplay skeleton and art direction hold a lot of promise, the barrage of issues never keeps what should have been a love letter to the young kangaroo standing proud. Ultimately, Kao’s revival disappointingly comes off as a game more akin to a crack shot fan project rather than something made by a team of professionals.

In an age where 3D platformers are seemingly always either hit or miss, Kao the Kangaroo is jumping directly on the latter side of the fence. If you enjoyed the other Kao the Kangaroo games, the latest reboot may satisfy your needs for more of the B-list platformer character. Those expecting a grand comeback and resurgence of the feisty hero will only be let down.