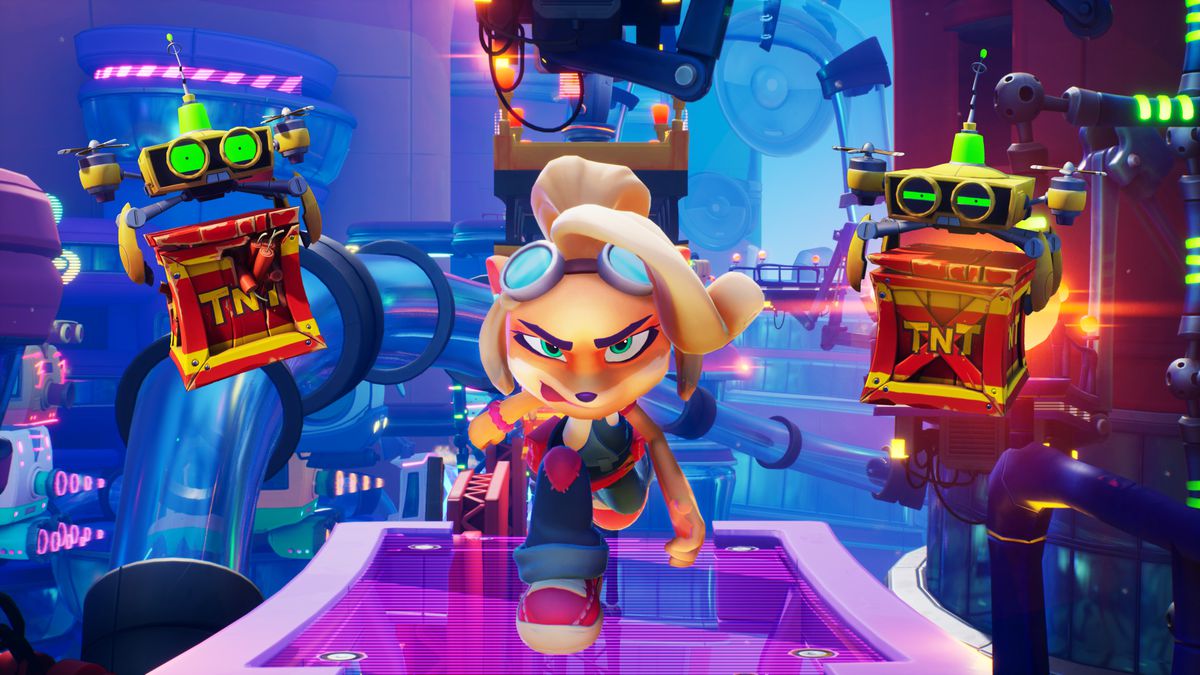 The fact that Crash Bandicoot 4: It’s About Time was recently released in its current state is somewhat of a miracle. It’s a difficult AAA 3D platformer in a time when such titles are rarely if ever, represented. Even the indie scene has largely strayed away from games of this type, yet even while working with the notoriously profit-driven Activision, developer Toys for Bob received significant funding and freedom to cater this title to its niche. Brand recognition certainly helped prop up Crash 4’s release; Crash Bandicoot was an incredibly popular brand in the ’90s and it recently regained relevance when Crash Bandicoot N. Sane Trilogy was released. Even considering that early advantage, it’s impressive that Toys for Bob was able to craft a mainstream title that goes against nearly every modern trend in the games industry. The risks that Crash 4 took mark a positive step for the industry even if some consumers may not be receptive to those risks.

Its status as a 3D platformer is one of the more obvious traits of Crash Bandicoot 4 that sets it apart. Although 3D platformers were an incredibly common and lucrative genre back in the ’90s, they have largely faded into irrelevancy ever since the early 2000s. The genre never completely disappeared; individual projects by mainstream and indie developers alike have surfaced every once in a while, and Nintendo still releases at least one new 3D Mario title every console generation. Despite this, the genre has never regained its popularity, and outside of Nintendo’s offerings, 3D platformers have rarely been profitable enough to compete with the most popular AAA titles of today. With this history in mind, Crash 4 already stands as an anomaly within the AAA sphere.

What makes Crash 4 even more distinct from the competition is its linear level structure. Even back in the ’90s, linear 3D platformers like the Crash series were exceptionally rare, and they are even rarer now thanks to the increasing popularity of open-world titles and other nonlinear experiences. Even the few indie 3D platformers that come out tend to focus on the sandbox-style levels that dominated 3D level design in the ’90s. Crash 4’s straightforward, 2D Mario-esque levels fly in the face of AAA gaming’s shift toward player-driven experiences, so much so that, apart from N.Sane Trilogy, its closest analog, Super Mario 3D World, came out over seven years ago. The title is filling a niche that simply hasn’t been catered to in a long time, and that alone makes its release significant.

Challenging the AAA Player Base

Crash 4 stands out even more because of its high difficulty. In general, AAA games have trended away from offering difficult experiences in favor of making their campaigns as accessible as possible. Difficulty levels, assist items, and level skip options are just a few of the features modern titles have included to help struggling players, and the general challenge level usually ranges from low to moderate. To be clear, Crash 4 does include a number of accessibility features; players can choose between infinite continues and a more traditional lives system, and extra hit points and checkpoints spawn if players die a certain number of times in any given section. But none of these features allow players to minimize or bypass the challenge on offer, which is much higher than average.

The title expects a moderate amount of skill from the player very early on, and some of the late-game and optional challenges demand a level of precision not out of place in an indie masocore platformer or a custom Super Mario Maker level. This intense challenge is all the more surprising considering the 3D platformer genre’s general aversion to demanding platforming challenges. Historically, 3D platformers have usually opted for more explorative, laid-back experiences, and even the more linear ones like Super Mario 3D World tend to provide only a moderate level of challenge. Crash 4’s punishing nature starkly contrasts it against its contemporaries to the point where even hardcore Crash fans are debating whether the challenge is too extreme. There may not be another 3D platformer as difficult as this one for a long time, which makes it stand out even in niche gaming circles.

Regardless of one’s individual opinions on Crash Bandicoot 4, its existence means great things for the industry. It demonstrates that even in today’s increasingly homogenized AAA gaming market, a major studio can put out a unique, high-budget, and polished product that compromises little on its vision. Business-wise, Toys for Bob did not have much to gain by making a 3D platformer with a tough-as-nails difficulty curve. The developer likely would have made a higher profit if they had made a title in a more popular genre, and they could have decided to make Crash 4 easier in an attempt to attract a larger player base. Instead, they made the game they wanted to make and went out of their way to satisfy a specific niche of gamers even if it had risked alienating others. That niche may be small, but it exists nonetheless, and those players may have a new favorite game to treasure thanks to Toys for Bob’s efforts. There are genuinely very few modern titles quite like Crash 4, and the gaming landscape is all the healthier for it.