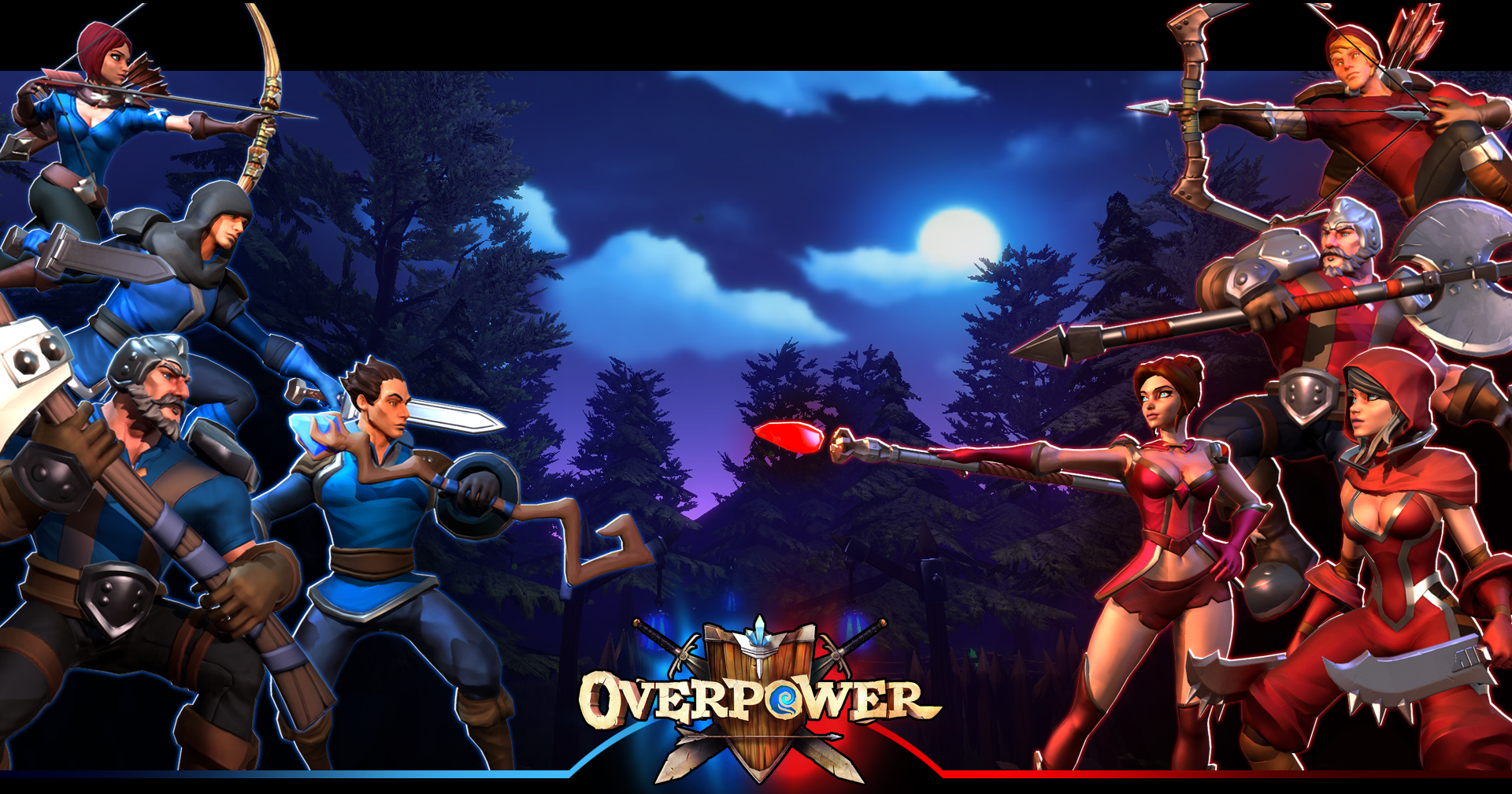 If there’s two things that tend to scare people in indie gaming, it’s Early Access and Kickstarter. Both are notorious for taking passion projects and spitting them out without a second thought. Despite these fears, and an unfortunate Kickstarter, the developers of Overpower are soldiering on with their take on the arena multiplayer game, now available on Steam Early Access. Here’s a quick run-down of the game and its time in Early Access, as of their May 8th patch. AI are decent enough in death-match, but seem to struggle with objective matches

In a lot of ways Overpower feels very similar to arena fighters of old, and at times it has an almost Quake or Unreal feel to it; certainly a lot more then the underwhelming Doom beta we all suffered through a few weeks ago. There are five different game modes including death-match, team death-match, one life death-match, capture the flag (or critter in this case) and point control. Each of these handle well enough, although the instructions for point control weren’t immediately clear and I tried for some time to unsuccessfully capture a position before giving up.

As far as stability goes, the game handles extremely well. Controls are smooth, and lag and stuttering are next to non-existent. The game hasn’t crashed yet, and everything seems to be working fine.

That is, it’s a bit hard to tell, and here’s where the pleasantries end. No one is playing this game, and it’s a bit too bad. It’s not that it has a low Steam score—it’s sitting an a positive 86%—and as stated, the inner workings of the game function perfectly fine. It’s not even that the developers aren’t doing work on the game, since there have been regular updates since it hit Steam. Despite all of this, the server lists are routinely empty. In a match with two other human players, we found ourselves wondering if we were the only three people with copies of this game. Maybe there’s hope for Overpower, it’s certainly not a terrible game. The price isn’t too bad for what it offers, and it really does feel like older arena games that used to dominate the boards. As for its position in Early Access, it’s fully competent and receives updates regularly. Could this be the next Early success story, or is it doomed to flounder in unfortunate obscurity? Pick it up if you’re willing to give it a shot.