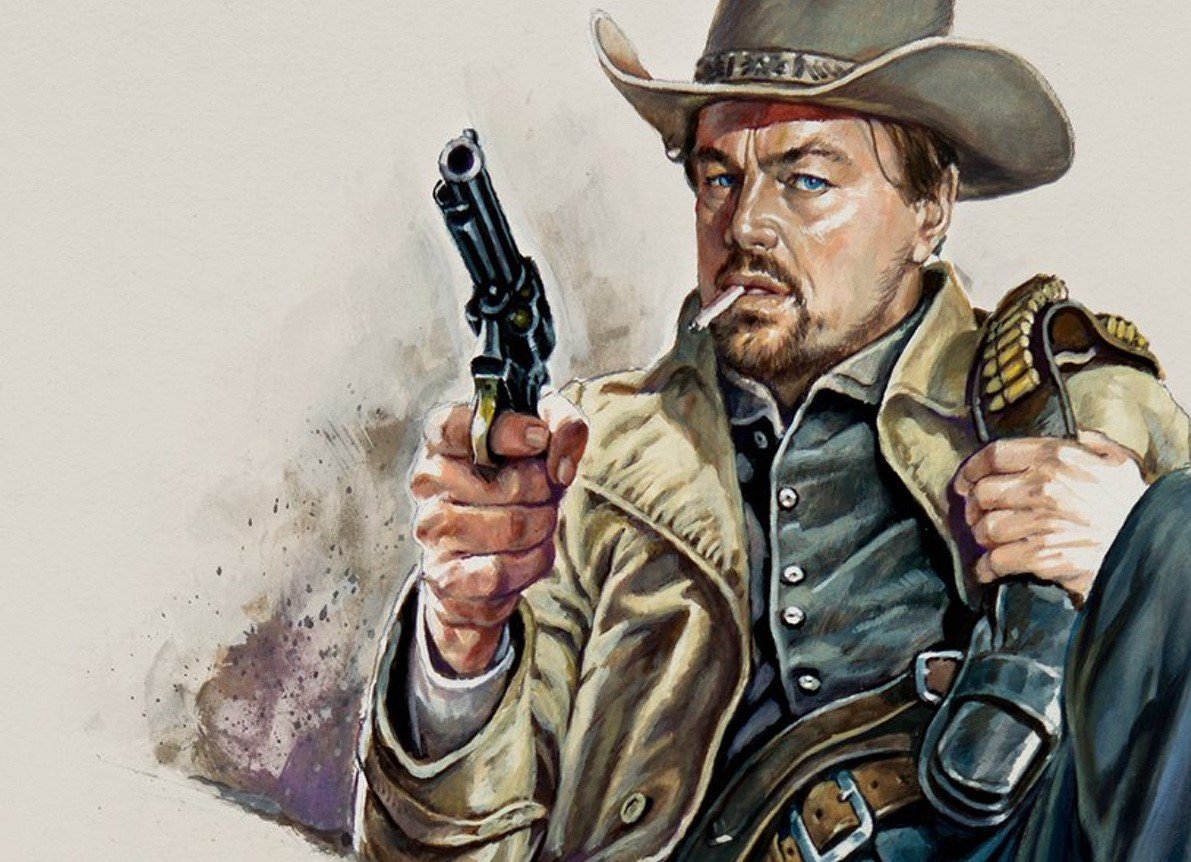 Quentin Tarantino’s latest cinematic installment Once Upon a Time in Hollywood has been receiving rave reviews since its release. The initial posters for the film left a lot to be desired though as it utilized the poor Photoshop and awkward character poses that have come to be expected from contemporary movie posters. However, some brand new marketing material for the movie has gone above and beyond by providing authentic posters that look like they have been pulled straight from the ’60s. Whilst some posters are for the actual film, others are faux posters that have been made specifically for the character Rick Dalton, played by Leonardo DiCaprio in the movie.

The vintage posters have been created by Steven Chorney, an artist known for his stunning illustrated posters from the 1980’s. Chorney created brilliant posters for films such as Labyrinth and Who Framed Roger Rabbit and his artwork here is as incredibly detailed and authentic as his previous work. His poster for One Upon a Time in Hollywood is fantastic but his work on the prop posters for the fake Rick Dalton movies are so realistic that it is hard to distinguish them from the real movie poster. Chorney’s skills are on display here and his work is a perfect representation of vintage Hollywood. He created the posters for the fake Dalton film “Operazione Dyno-O-Mite!”

Tarantino also enlisted a few other artists to create in-film posters for Rick Dalton as well. Retired Italian poster aficionado Renato Casaro (whose work includes posters for Dune and Conan the Barbarian) was asked to create artwork for the film, due to his reputation for creating Western movie posters in the past. Casaro created the posters for faux films “Uccidimi subito Ringo, Disse il Gringo” (“Kill Me Now Ringo, Said the Gringo”) and “Nebraska Jim”, which act as takes on the spaghetti western, a genre that was flourishing in the 1960s.

Meanwhile, London-based book artist Martin Duhovic also created a poster for the fictional film “Tanner” and although there is a change to the art style, it still emits a vintage feel that suits Tarantino’s film perfectly.

The posters all perfectly encapsulate the 1960’s era and showcase the impeccable illustration abilities of the artists who have created them. For a medium that is usually dominated by botched Photoshop and bog-standard effects,  Tarantino’s decision to use the illustrated, vintage style— both for promoting the movie and for in-film props— is a testament to his desire to capture the old school Hollywood magic.