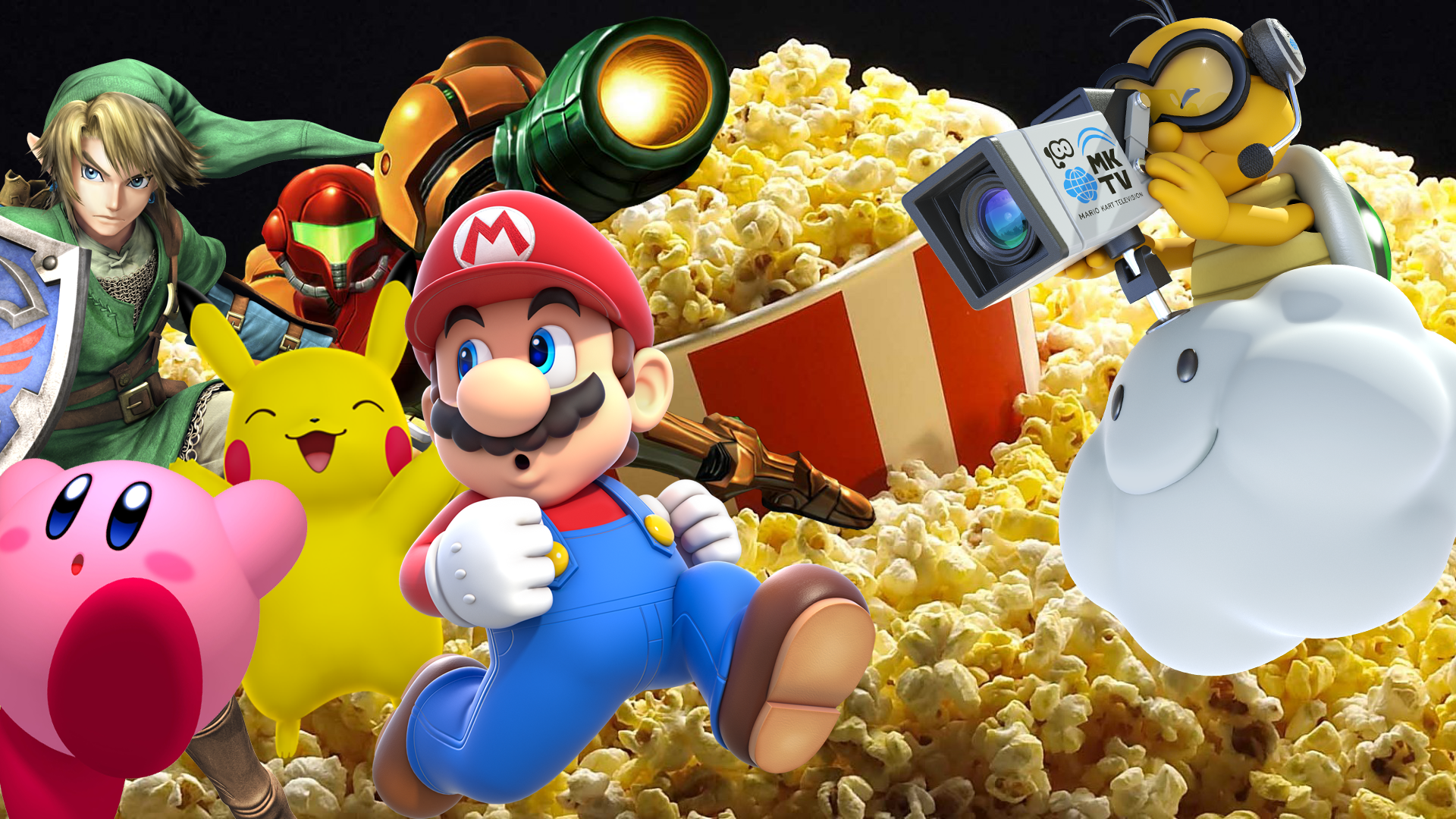 Back in 1993, Hollywood Pictures released a little film called Super Mario Bros., starring the late Bob Hoskins and John Leguizamo as the titular plumbing duo. It featured Mario and Luigi (minus his trademark mustache) being thrust into a dystopian Mushroom Kingdom that looked more like a post-apocalyptic New York City with dinosaur people, and a quest to rescue Daisy from the ever-menacing Dennis Hopper and save the world. Back in the late 80s and early 90s, Mario-mania was everywhere, so it was a no-brainer that Hollywood would produce a movie to capitalize on the Nintendo franchise. However, what Hollywood didn’t expect was for the film to bomb at the box office. Over the years, the film has attained a bit of a cult following, but Super Mario Bros. didn’t perform to expectations with movie-goers when it was first released. The planned sequel that was teased at the end of the film was then swept under the carpet, along with any other ambitions to make movies based on video games for a while.

While this film put a damper on the prospect of Nintendo-based movies for some (not me, considering it’s my guilty pleasure movie), this hasn’t stopped some studios from making attempts at rekindling the fire. Back in 2004, acclaimed film director John Woo was in talks with Nintendo to produce a movie based on the Metroid series. Unfortunately, nothing was heard of it since then, and it can be assumed it was canned. Now we’ll never get to see Samus Aran blast Ridley in the face while majestic doves fly by in the background.

Metroid wasn’t the only series with an attempted film; Imagi Animation Studios, the same studio that produced TMNT and Astro Boy, pitched their take on a film based on The Legend of Zelda series to Nintendo back in 2007. Their CGI-based pitch featured Link, Zelda and Ganondorf in a style akin to their previous films, but it was shot down by Nintendo. It was indeed an interesting vision, but most would probably agree that it was all for the better that it wasn’t produced.

When it comes to film, Nintendo has typically been very protective of their IP ever since Super Mario Bros., and for a long time, the chance of seeing another movie based on a Nintendo franchise has seemed slim. However, the company has recently loosened its views on working with film, and has become a lot more open to making movies based on famous franchises. Of course, this means it’s time to speculate! What kinds of projects can we expect to see from Nintendo in the future? If someone took a franchise like Zelda or Metroid, handled it with care and reverence for the source material and made a film, the end result could be wonderful. Here’s some thoughts on what film producers could do with certain Nintendo properties, and what would make them awesome.

As made evident by the 1993 film, live-action probably isn’t the best way to handle the brothers Mario. With a world as vibrant and colorful as the Mushroom Kingdom, and characters as bright and bouncy as that world around them, I think the best fit for a Mario movie would definitely be 3D animation a la Dreamworks or Pixar. To be honest, this is really the only medium that could truly express the atmosphere that the Mario universe has to offer. Of course, since the film would be animated, the original voice actors would reprise their roles, including Charles Martinet and Jen Taylor.

In terms of inspiration for story, one usually-forgotten Mario production comes to mind: Super Mario Bros: Peach-Hime Kyushutsu Dai Sakusen, or by its English-translated title, Super Mario Bros: The Great Mission to Rescue Princess Peach. This was an anime film released in 1986 based on the original Super Mario Bros. video game, but it only ever saw a release in Japan. 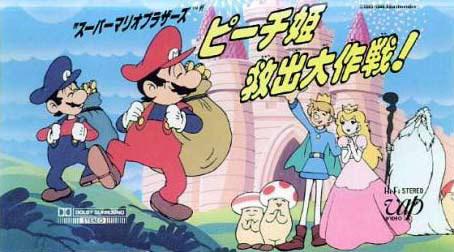 Unbeknownst to many, this film was actually the first movie to be based on a video game. The story followed Mario & Luigi being sucked into a copy of Super Mario Bros. for Famicom, and the ensuing quest to save Princess Peach from Bowser’s clutches. The concept was whimsical and charming, with the brothers bursting to the brim with personality. The plot stays true to the original (while also adding a few harmless little things to help advance the plot), and that would certainly be the best way to go about making another Mario film. Keep it simple, include the characters everyone loves and hold onto that trademark Nintendo charm.

Zelda, on the other hand, is a completely different story. While the series has seen its entries with colorful, vibrant visuals, most might agree that the ones more suited for the big screen involve a touch of realism, such as Ocarina of Time or Twilight Princess. If Nintendo were to take the Wind Waker route with a Zelda film, 3D animation would be preferable, but for anything else, live-action or 2D animation would certainly be more fitting. For a series as grand in scale as Zelda, it definitely deserves a film to match that scale, with a booming orchestral score and long shots displaying the land of Hyrule in all its majesty.

Personally, my dream Zelda production would be a Ghibli-esque animated adaptation of Ocarina of Time, on a scale akin to that of The Lord of the Rings. Think Princess Mononoke, but with a touch of whimsy and lots of fan-service. On the other hand, a lovingly-crafted live-action adaptation, or even an original story penned by Miyamoto and Aonuma would suffice as well.

There’s also the hurdle of producing a movie in which the main character tends to be a mute. No doubt, die-hard Zelda fans would want Link to remain silent if there were ever a film adaptation. Every time Nintendo has allowed Link to speak full sentences, the world has a shed a single, collective tear. 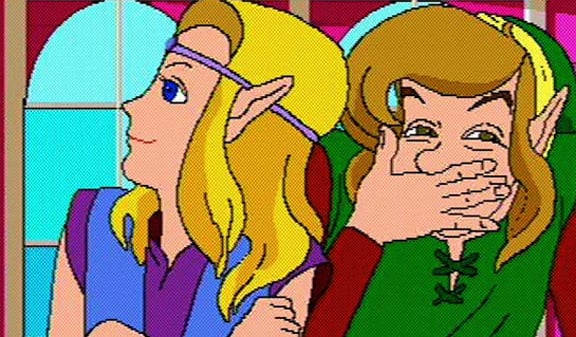 Oh, Link: The Faces of Evil. Why did you have to exist?

Out of all the big-name Nintendo franchises, Metroid is definitely the Nintendo series best fit to become a Hollywood blockbuster. With boatloads of space action, alien creatures, creepy atmosphere, and one of gaming’s most iconic female badasses, it has the perfect ingredients for an amazing movie experience. Metroid even has the potential to become a multi-film franchise; imagine the first movie being a live-action origin story for Samus Aran, explaining her horrific backstory & then adapting the plot of the original Metroid, followed by a sequel based on Super Metroid. Something similar to James Cameron’s Alien comes to mind, following Samus through the barren landscapes of Zebes with an unsettling vibe lingering in the air; a film that aims to make the audience feel just as tense as Samus, then making them jump in their seats when Ridley appears for the first time, accompanied by a frightening orchestral swell.

Last year, Rainfall Films released a live-action short film titled Metroid: The Sky Calls, with Jessica Chobot playing Samus Aran. The tone of the film is very similar to what one might expect from a theatrical Metroid experience, encapsulating the vastness of space and the horror of braving its terrains alone.

A few months ago, UFC superstar Ronda Rousey showed interest in playing Samus Aran if there were ever a Metroid movie. Personally, a live-action Metroid film helmed by Legendary Pictures with Ronda Rousey playing Samus would be a dream come true. Who knows? Maybe we’ll see something like that within the next decade if we’re that lucky.

Of course, we can’t simply gloss over the cute puffball beloved by millions of gamers around the world. Kirby is one of Nintendo’s most popular characters, starring in numerous games, an anime television series, and loads of merchandise. His appeal is undeniable; who can resist the whimsical charm of Kirby’s innocent personality, along with the goofy demeanor of King Dedede and the mystical flamboyancy of Meta Knight? Not to sound like a money-hungry Hollywood CEO, but the Kirby franchise holds the perfect recipe to become a smash-hit animated family film.

A CG-animated Kirby film, featuring an original story and characters, would definitely be the best route to take with this series. Kirby: Right Back at Ya! has shown us how well Kirby and friends can adapt to various different plots, so there shouldn’t be any worries about adapting a feature-length story. A Kirby movie certainly wouldn’t need a crazy, grandiose plot to work; for all we know, the film’s main conflict could come from the antagonist stealing Kirby’s favorite cupcake. Characters like King Dedede and Meta Knight would probably be given voice roles, but having Kirby speak anything other than his trademark ‘poyo’ language would be a sin, to be quite frank. One could definitely see a Kirby movie being one of those movies: y’know, the kind that everyone expects only kids to be interested in, but ends up having lots of teens and adults flocking to see it.

What’s that, you say? Pokémon has already had eighteen theatrical animated films, with a nineteenth set to release this summer? Don’t worry, we’re not forgetting about those. Rather, we’re thinking about a completely different kind of Pokémon movie. Recently, a high-stakes bidding war for the rights to a Pokemon movie adaptation has been underway, with studios like Legendary Pictures and Warner Bros. vying for the chance to bring Pikachu to the big screen. This more than likely points to one thing: the big wigs over in Hollywood have their eyes set on producing a live-action Pokémon film.

We already know how well Pokémon films work in the animated format, so we’ll be focusing on speculation for a live-action project. Is this a good idea? Is it possible to bring the fantasy world of Pokémon into a real-life setting without completely butchering what makes it so charming and enticing? It’s honestly really hard to tell.

If you’re reading this, there’s a good chance you’ve seen the 2016 Super Bowl commercial advertising Pokémon’s 20th anniversary. It blends live-action segments with CGI Pokémon that closely resemble their in-game counterparts, and depicts a snippet of what a live-action Pokémon battle might look like. The commercial was praised by fans of the series and others alike, making it probably the most popular ad to air during the entire game.

The positive reception to this depiction of the famous franchise leans in favor of a live-action film adaptation, as long as it is made with respect. Lots of fan service that would bring in lifelong fans is essential, and bombastic orchestral arrangements of classic Pokémon tunes would bring people to nostalgic tears. As long as it isn’t made into some sort of gritty reboot in the vein of Transformers, there hopefully isn’t much to worry about. Surely, the responsibility of developing one of the world’s most popular video game series into a Hollywood phenomenon will be placed in the right hands. If they pull another Dragonball Evolution though, we get our pitchforks and riot.

What do you think? How should film studios handle adaptations of beloved series like Mario, Zelda and Metroid? Are there any games not mentioned that you think would make interesting movies? Let us know what you think in the comments below.