In true Nintendo fashion, the stock of Octopath Traveler has been lower than the demand; Square Enix even issued an apology for the shortage in Japan. Expectations have certainly been high for the 16-bit RPG, and Square Enix had used demos to collect feedback from fans. With such a careful approach to the game mechanics, an ambitious attempt to convey eight paths in one story, and a delightful retro vibe, it seems Octopath Traveler has delivered on most of its promises. 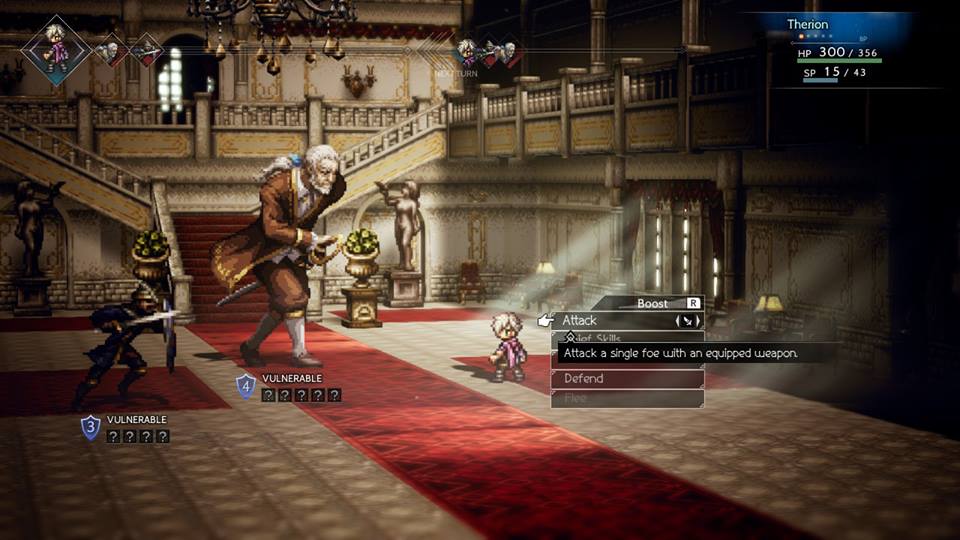 The eight story-arcs are the focal point (clues in the name), and there is a subsequent amount of focus on the development of each character’s unique background. Some characters have a fascinating story behind them, which can provoke an emotional connection to them much like a well-written book. Primrose is a fantastic example of some of the depth Octopath Traveler goes to, with a story of abuse and human trafficking which shapes and twists her strengths and weaknesses. However, for every well-developed character is a mundane narrative that oppresses every creative neuron. Olberic is a fine example of this, who embodies every stereotype of a hero. There’s no shade of doubt in his character in the initial background story, the heart of a lion with a deep voice to match. Defeating some bandits who prove not to be entirely bad, his initial story is far too obvious having been played out in games and films for nearly a century.

The heart of Final Fantasy VI beats through its veins

It is the storyline that becomes the weakest element of Octopath Traveler, which is understandable when considering how difficult it would be to intertwine eight different adventures. Part of the issue is the stories merge too quickly. To some extent, it doesn’t really matter which character you choose at the beginning, it isn’t far into the game when you meet the next playable character. This means there isn’t actually eight paths, but an eight-lane highway with the occasional pit stop. This slight neglect on the narrative has similarities to Fantasy Life, where the story was tedious but the actual gameplay was fantastic. 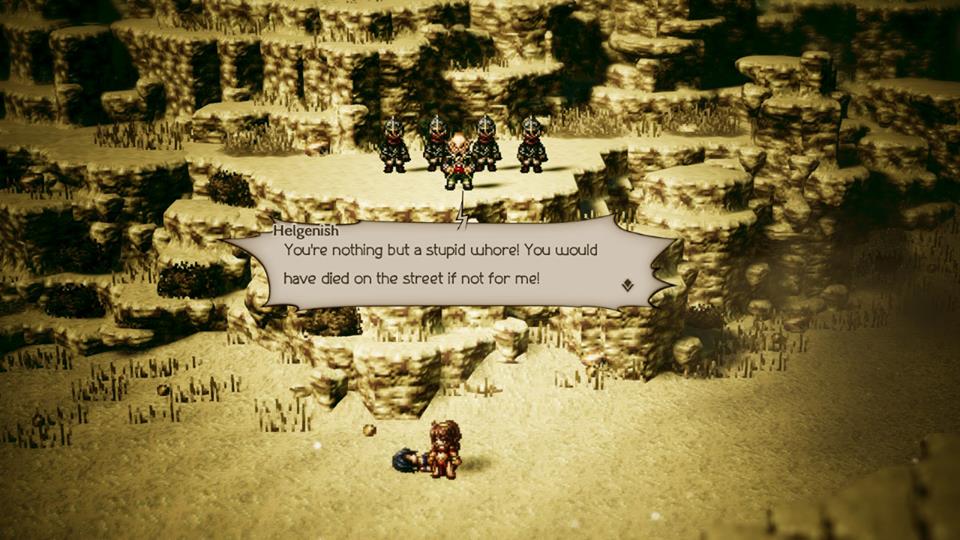 Octopath Traveler is akin to what made Fantasy Life so enjoyable on the Nintendo 3DS. While the story might slow down the game a little too much, the gameplay and ability to submerge yourself into a new world is flawless. The graphical aesthetics are beautiful, with each region having a personality of its own. The 16-bit SNES-style character sprites might turn away a younger audience, but for those that grew up in the 80s and 90s, it can be a nostalgic adventure worth taking. The heart of Final Fantasy VI beats through its veins, a familiarity that won’t have been forgotten by an older audience.

It’s definitely this system’s version of Fantasy Life, but there’s more to it than its 3DS cousin

This nostalgia typically expresses itself when battling. There’s an array of different enemies with strengths and weaknesses, and through trial and error, you discover how best to defeat them. One small issue is the lack of a health meter, with a traffic light system used instead. Without a health bar, it can be difficult to form a strategy as deciding which foe to attack first can become a difficult decision, particularly in boss fights. That said, the battle system is fantastic, embodied with some enjoyable animations. Creating a balanced team becomes essential, with the classic attack, defense, healer set-up being utilized. Characters like Olberic that can attack multiple enemies at once have so far been the most useful, as has Alfyn’s ability to create concoctions of potions and poisons from items you collect throughout the world. Each character has some exciting battling abilities and it’s enjoyable leveling up each character and watching them grow. 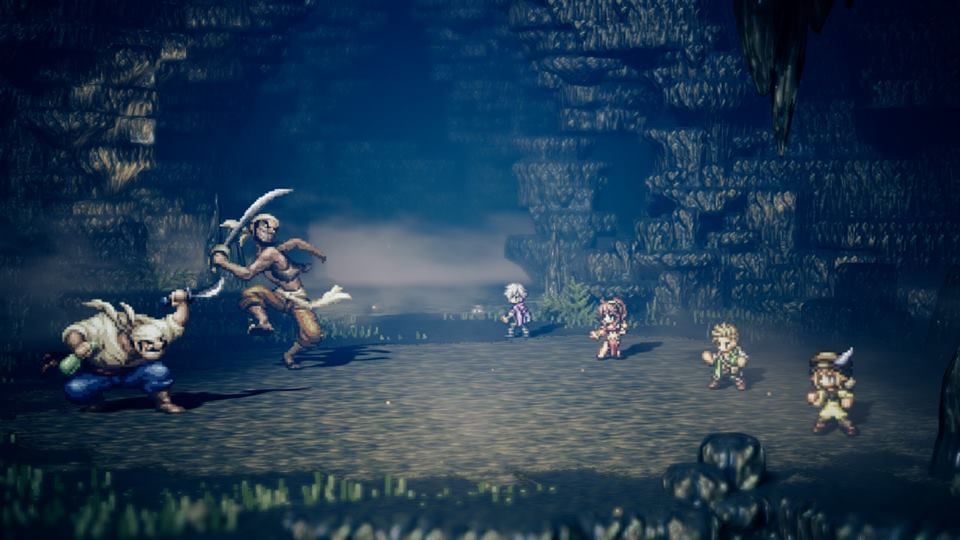 As far as RPGs go, Octopath Traveler is a good one. The Nintendo Switch is its ideal home, a system that’s produced some incredible RPGs already. How it compares remains to be seen, it’s definitely this system’s version of Fantasy Life, but there’s more to it than its 3DS cousin. The creativity and dedication to producing Octopath Traveler is admirable, with Square Enix doing a fine job of including its fans into its development. It struggles, just like many RPGs, with a captivating story, but this shouldn’t prevent you from enjoying the game.