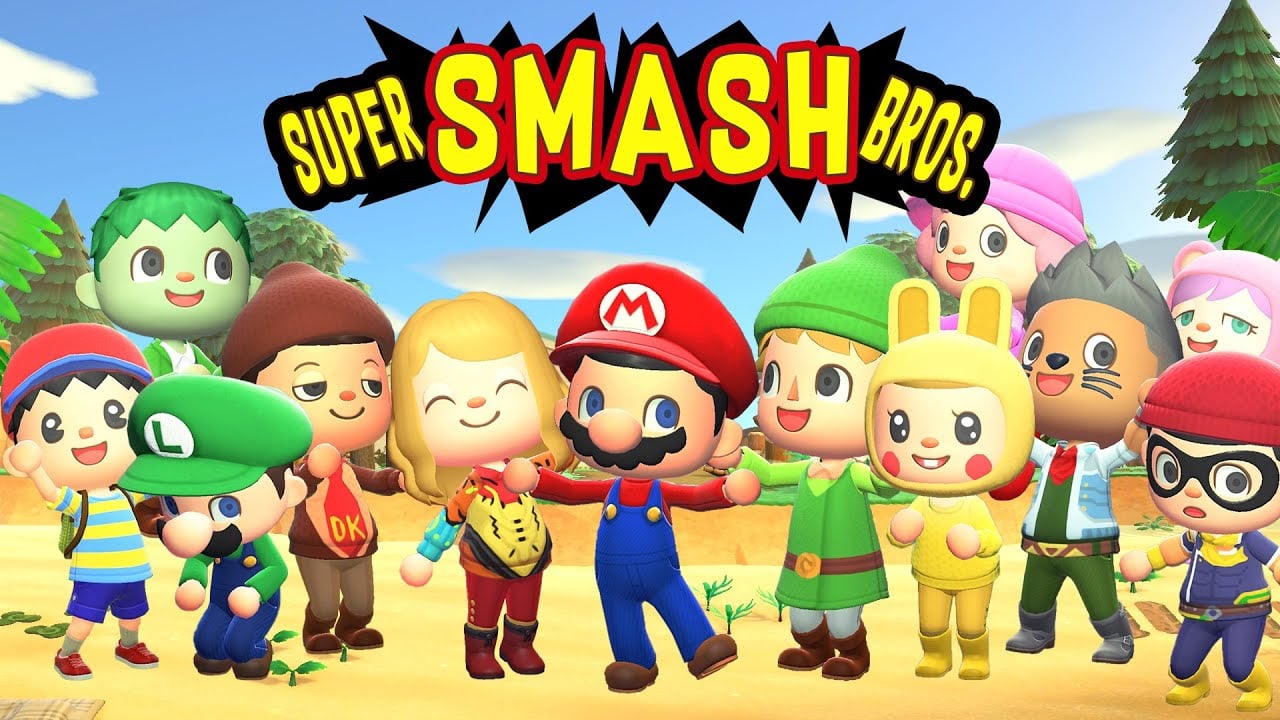 Great-Bit Arcade- whose work I have discussed before- has recreated the intro for the 1999 Nintendo 64 game in a brilliantly creative way. As the name suggests, most of the characters in the Animal Crossing series are cute and adorable animals. Shocking I know. It would have been easier to just use some of the animal characters to take on roles like Donkey Kong, Pikachu and Fox. However, Great Bit-Arcade added a unique twist to this recreation by using human characters for all of the roles- Mario, Samus, Link, Pikachu, Fox, Kirby, Jigglypuff, Luigi, Ness, Donkey Kong, Captain Falco and Yoshi – including the animals. I really enjoy the level of innovation here, with the animals recreated with the human villagers via clever costume and colour choices alongside certain facial features and accessories. For example, Pikachu is a human villager wearing a completely yellow outfit with rosy red cheeks, big black eyes and a bunny ear hood whilst Fox is wearing a fantastically accurate version of his costume but his villager has a button nose, whiskers and tanned skin to represent his brown fur. Not only is the attention to detail admirable, it’s also incredibly clever and well done.

The Mario costume items- which were released in Animal Crossing: New Horizons to celebrate Mario’s 35th anniversary- are also well utilised for Mario and Luigi whilst the other human characters have great costumes that are highly detailed and accurate to their in-game outfits. The video is also accurately edited too to perfectly represent the well-known introduction. I also have to say that the ball like villager hand being used as the Master Hand in the beginning is literal perfection. Insert chef’s kiss here.